First of all, let me warn you that this week’s blog post is a bit more personal than my previous entries. This may be due to the fact that I personally engaged in the social networking sites mentioned, which made the experience all the more personal. Furthermore, I fall victim to relating everything I write about social networking sites to the ones that everybody writes about anyway: Facebook, Twitter, Google+. I am aware of this fact, but for the sake of the argument decided to go with it. Now please join me on my journey through social networking land, towards a possibly clouded future.

This week’s assignment was, roughly said, to find aspects of social networking that are currently understudied or left out in social networking research. There is a heavy focus on a very limited number of social networking sites (Facebook and Twitter) with a limited number of topics (privacy, identity etc.). The assigment was to think outside the box and come up with interesting research questions regarding social networking and to think about how to tackle them. Needless to say, not an easy task. In order to come up with something new, special or forgotten, I decided to start by visiting the social networking sites (hereafter called SNS) off the beaten track. How better to start this journey than with a stop at Wikipedia’s list of social networking websites. There is a huge supply of SNS for an enormous range of purposes. The list at Wikipedia features some 200 websites, focussing on anything from green living and social activism to the Brazilian jet set and the world-wide social elite. It will be no surprise to say that I haven’t been able to check out all of the SNS that are listed, but I’m working my way down the list and it’s a lot of fun to do so. Truth be told, as I’m writing this blog post I’m simultaneously checking out another SNS, namely Hotlist. I just signed up and clearly I’m a late adopter because the site is flooded with my friends plans already – it seems like everybody is using it. But back to the matter at hand! As you can tell by now I’m really enjoying my journey so far. I decided to break all my personal taboos and sign up for any SNS that sounded worth researching, which lead me to create accounts for (but not limited to) fubar, WAYN and italki. I even got into Hub Culture. From my experience, half of the SNS out there are dating sites in disguise. That may come as no surprise, but I quite disliked the fact that you are for example more or less forced to rate pictures of other-sex profiles on WAYN, an SNS which is supposed to be about traveling (and to me there’s more to traveling than rating girls). A networking site like Hub Culture on the other hand sounds very interesting, but at the moment there’s way too little content and interaction going on there to make it reach its potential. All and all, I enjoyed this part of the journey but it didn’t bring me closer to an interesting research question. However, something else did.

Lucky for me, as a generally late adopter, I have some early adopter friends who always seem to know the newest kids on the block. Now, for many OnLive (launched in 2010) wouldn’t qualify as a new kid on the block, but I hadn’t heard about it until last week. As I was enjoying a beer with some friends, one of them talked about playing the newest games on his ten year old laptop (old laptops and early adopting do mix paradoxically), using OnLive. This really got my attention and the more he told me about it the more fascinated I became. The next day I installed the OnLive app and fired up Dirt 3. Yes, OnLive works and it is awesome. There’s no need for long downloading and installation processes, all you need is the app (which was downloaded and installed within five minutes) and a strong internet connection and you are ready to play the newest games. I actually was so blast away by this that I thought of posting about it on Facebook, but thought the better of it since I figured everybody knew about Onlive already anyway. But maybe that’s when it hit me: why can’t I play the newest games from within Facebook? And beyond that, why are Facebook and Google+ not equipped with something like this? What is this technology, that works so seemingly effortlessly and delivers me magic? Meet the Cloud.

The concept of the Cloud refers to cloud computing. According to Wikipedia, “Cloud computing is the delivery of computing as a service rather than a product, whereby shared resources, software, and information are provided to computers and other devices as a utility (like the electricity grid) over a network (typically the Internet).” There’s a huge variety of ways in which cloud computing is used, but consider the following paragraph:

In the case of OnLive, this translates to the games being installed on remote servers, while the gamer uses his own hardware (laptop, desktop, mobile device etc.) to access the game, which is run from the remote server. I may be oversimplifying the concept of the Cloud here, but for me this is a fascinating aspect and central to my following research proposal. 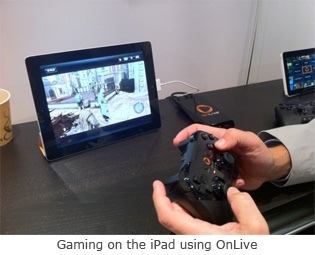 Social Networking Sites and the Cloud

SNS are already using the Cloud. When you upload an image to Facebook, write a tweet or create a document in Google Docs, the information gets stored in the Cloud. The same goes for your Gmail account: your messages are stored in the cloud. Sharing a file through WeTransfer? It gets stored in the Cloud. Uploading your new video to Vimeo or YouTube? Yes, you guessed it, you’re using the Cloud. Now in these processes it’s easy to overlook the fact that you’re using the power of cloud computing. It may be more obvious with services like Spotify, which is basically accessing music stored in the Cloud. Shortly put, the chance that you are already using the Cloud is huge and SNS aren’t staying behind either. But let’s take a moment to consider possible implications of having the power of cloud computing at your command. Of course “simple” data storing is being used widely by almost each SNS, from Flickr to Twitter to Facebook. But actually supplying applications that run from the cloud within SNS seems to only be making its first baby steps. There’s Google Docs, but it’s not clearly integrated with Google+. There’s the option to create a document within a group on Facebook, but the options are limited. There’s no OnLive meets Facebook ‘play the latest games with your Facebook friends by clicking this button, right here in Facebook’. Yet this seems like an extraordinary opportunity for any SNS to really grasp their users, get them to be more engaged with and get them to stay longer on your networking website. Consider the rising hit that turntable.fm, a website that allows users to interactively share music, is. Its secret? Experiencing music together creates an emotional bond. It’s about sharing passion and tapping collective memories while building new social bonds. This is what the Cloud can do for social networking websites! Imagine working on a poster with your graphic design friends on Facebook, using Facebook’s access to Adobe Photoshop in the Cloud. Imagine racing your Facebook friends in Dirt 3, while receiving notifications and invites from your sports-crazy fans about playing a game of FIFA 12. Imagine working on your shared paper with your fellow Master’s students and seeing their profile picture next to the adjustments they made in the texts (allowing you to instant message them to talk about the alterations). I see a lot of opportunities here, but since they are still opportunities and not reality, there must be a good reason why SNS haven’t implemented these uses of the Cloud yet. 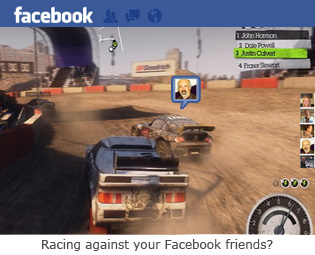 Arguments against the Cloud

Clearly, there a lot of issues with cloud computing. The external management (and control, and data storing) of services and applications provided by the Cloud brings up issues of privacy and security. Basically, you’re agreeing to run everything you do through some organization’s platform, providing them with data about you and with the power to influence your interactivity with the application. In the light of the recent commotion about Facebook’s newest privacy misuses, this sounds like a thing the biggest part of 800 million people each day seem to have no problems with. But of course this is a serious matter and probably one of the reasons why cloud computing isn’t as widely adopted as I describe above yet. The way in which the Cloud functions is different from the traditional IT department in so many ways, that there is a very real need for new ways of protection against abuse. However, for the average user – who is already using Gmail, Google Docs, Twitter and Facebook – these issues can easily be overlooked or willingly ignored. If you had the chance to play the newest online games for free against your friends, wouldn’t you take it? Especially if your friends are already playing these games and you’re the one who’s missing out? Once the Cloud gets fully integrated in SNS, the social aspect of its use may cause a real domino effect.

To sum it all up, my journey along the endless fields of social networking sites offered me a look at a possible future in which cloud computing significantly changes the social networking sites as we know them. To research this phenomenon, one should start by looking at how the Cloud is currently being used in general and by SNS in particular. Furthermore, one should consider possible future implications of the cloud and their possible issues and concerns. There will be many possible pitfalls along the way, but the power of the Cloud is huge. In the end, running applications together is experiencing together. And a shared simultaneous experience is a powerful thing. It builds emotional memories and bonds users. It’s almost like you’re actually there with your friends. And isn’t that one of the fundamental aspects of social networking sites?