How do YouTube personalities change in response to fame

One social media website that has more or less gone under the radar since the 2008 Facebook boom is the now-classic YouTube. While social media research has recently focused its efforts predominantly on Facebook and Twitter, where personal identities appear more clearly,  YouTube has been left rather untouched, despite the fact that it is still developing at a steady pace and user-generated videos are taking over official ones, at least when it comes to music videos.

Furthermore, a large share of the content that is posted on YouTube comes from the everyday users, some of whom have reached Internet fame through their YouTube channels. These are the people who have caught the attention of millions of viewers, convinced them that subscribing to their personal channels is worthwhile, and have since become the so-called “Internet sensations”. Many of them are normal individuals who, for some reason or another, have started posting videos online and due to their personal charisma, entertainment value and/or unusual behavior have managed to attract the attention of users, having been found through the myriad of videos that are posted on a regular basis on the website.

While researching the methods through which these content creators have become so popular is an interesting topic on in itself, relating to the YouTube users’ consumer behavior and the rationale behind their subscription choices, my following research suggestion is related to how the generators’ behavior changes as a result of becoming famous, and how their content evolves throughout their YouTube “careers”.

If one goes through the videos of YouTube content creators such as Ray William Johnson or Smosh, who are some of the most popular users on YouTube, one can see a clear evolution of their methods and styles of producing. The clearest changes that can be observed are related to the quality of the videos: in the beginning they are usually filmed with amateur and sometimes poor-quality cameras, but as the generator’s view-count and fame increase, so does the budget. As a result, the quality of the videos increases additional people are brought into the production process, such as editing experts, or co-host/guest hosts, and the videos tend to advance towards a stage where they resemble actual television programs, with the videos being posted at regular times throughout the week.

What is more interesting to see is another aspect related to the evolution of the videos, namely the change in the way the creators chose to present their content to their audiences. While in the beginning the videos tend to have a more personal, unedited and unscripted feeling to them, as they evolve the distance between those who post the videos and those who see them seems to increase. As the production process becomes more professionalized, the initial “home-made” aspect decreases, and as a result the creators are no longer normal users, but they become in their own right YouTube celebrities, having endorsement deals, promoting products or appearing as guests on televisions shows (one example that pops into mind is the “Tron Guy” who appeared as a guest on Jimmy Kimmel Live! as a result of his YouTube popularity).

Therefore it would be worthwhile to analyze the chronological development of such internet personalities given the fact the YouTube prides itself on the originality of their users’ content, the lack of boundaries for the ways in which the content can be created and presented and for having broken away from the dusty production patterns and molds that television has to offer.

Taking the example of Ray William Johnson, YouTube’s “poster child” we can see how this evolution takes place. Ray William Johnson started his YouTube series roughly three years ago during his law studies at Columbia and his bi-weekly videos reviewed three viral or interesting videos that were popular at the moment. Soon his content started gaining notoriety and more and more people subscribed to it, making it now the most popular channel on the website. As a result, the Ray William Johnson and Equals Three (the name of his series, stylized as =3) brands have expanded beyond the original concept, with two additional channels having been opened since then (BreakingNYC is a personal vlog documenting his life in the city, whereas My Favorite Martian is a music channel where he posts his own musical work that can also be purchased in iTunes and Amazon). Merchandise is available in the form of t-shirts, collectibles and so on, and an entire production team is also now involved behind the creation of the videos. 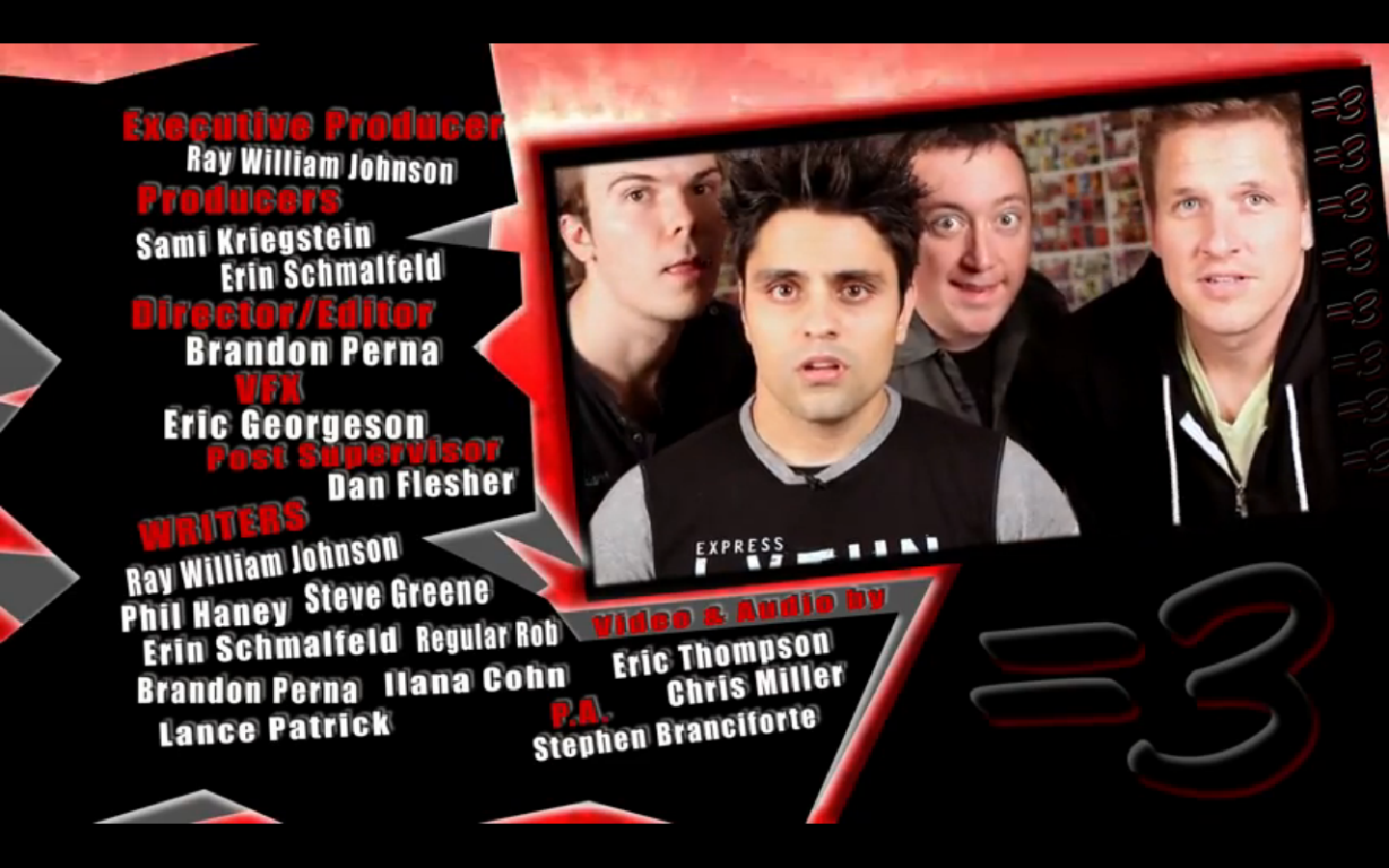 As one can see, Ray William Johnson represents and impressive success story with the world of user-generated content on YouTube. Therefore, given the impressive amount of information that is available regarding his personal evolution, it would be worthwhile to analyze his channel’s development in order to see how the original show has changed as it started gaining more viewers and why it is resembling more and more a typical television program.

Since there are so many videos available, the analysis could be focused on breaking down the individual videos (perhaps not all of them, given the large amount of material available, but one for every two weeks) and interpret them from a visual perspective in order to observe the changes. In the end, a chronological perspective on the evolution of the show would be obtained and the analysis would present a clear image of how the show has been affected by the increase in online visibility.

The question is though: is this the direction in which YouTube is heading? Will popular YouTube-based shows start resembling more and more the typical television-produced ones? This is something that remains to be seen, since at the moment the future still remains uncertain.