Foursquare’s success and ignorance of the crowd

Foursquare is known as LBM (Location Based Marketing) and uses the GPS ability of smart phones to search for restaurants and other interesting locations nearby. With an account anyone can claim locations and leave specials or tips for people visiting this locations. In March of this year there were announced Foursquare had around 8 million users. However for some reason a lot people are still seeing many drawbacks in the application. 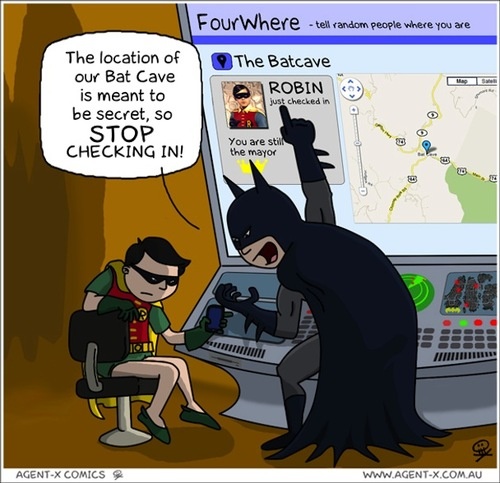 On September the 22th I attended the masterclass by media theorist Sherry Turkle on her new book ‘Alone Together‘. Turkle described from a psychoanalytic view how new technologies influences our daily lives. From Turkle’s point of view our relationships are suffering from our superficial and constantly connected lives. To ratify her opinion she mentioned the mobile application Foursquare by putting it in the pillory. The audience was laughing out loud when she described cynically how users could become mayor of certain places and meanwhile continue shared their location with their friends. The cynical way Foursquare was discussed during this masterclass made me realize the majority of the audience were from an older generation (considering the fact all masterclass members are post academics). I draw the conclusion perhaps all these fast technological changes were just to overwhelming for them.

So although Foursquare is already extremely popular, many people are also very critical about this location-based application. They don’t want to share their location with everyone, so privacy issues seems tot be te main arguments against using Foursquare.

However, Foursquare doesn’t seem reassure or clear up any misunderstanding about their privacy statements. In stead they seem to focus their attention on those who are enthusiastic users already. Two weeks ago, during the weekend of September the 20th, Foursquare organized a world wide event called ‘Hackaton‘.  Like they explain on the website:

“If you’re wondering what a hackathon is, we get a ton of coders in a room and have them build amazing things on top of foursquare.” (Foursquare, September 2011) 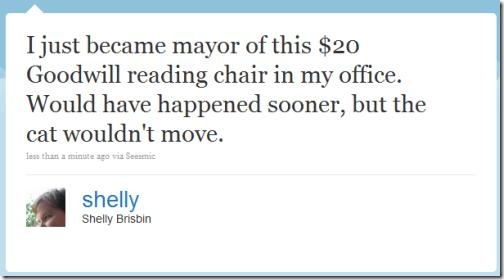 The outcome seems to be a real breakthrough for Foursquare as this networking program has a lot of new extra tools and applications now. Examples of the winning ones are PlaceFace Photosquare , and DigiDJ

So in stead of responding to any negative assumptions from not-users, and trying to get more users, Foursquare designs new ways to enrich their application and give users the oppertunity to come up with new ideas and inventions.  This is a real optimistic approach  and also very web 2.0- like cause  users and consumers are producers and co-founders on the same time.

Perhaps the way Foursquare is becoming more and more versatile can be compared to the very beginning and introduction of software and the way the first symbolic programming languages were applied around the early fifties. Except of course the interference of the users as occurs on Foursquare was absent in this case, bud the unknown situation of what could follow from the new inventions was quite the same. By this I mean how people could not foreseen which major changes their inventions could bring. Like Wolfgang Hagen says according to the move from computers which were only calculators to computers which purpose became communications medium.

“for decades, the arche-structure.. did not reveal that this machine would be more than a new calculator, more than a mighty tool for mental labor, namely a new communications medium.” (Wolfgang Hagen, 2005)

With ‘this machine’, Hagen is referring to the ENIAC, the first general-purpose electronic digital computer which were build in 1946 and controlled the sequence of actions needed to solve a problem numerically. The shift from computers as calculators to computers as communications medium is comparable to Foursquare as purely location-based application to an application which can now be used for several goals. At first the application seemed nice for entertainment and marketing purposes, bud meanwhile it can be used to track people, receive location tips including images of locations or even recorded soundtracks. So while the computer (which is the smart phone in stead of the ENIAC in this case) doesn’t seem to change in function as it is still a medium for communication, the dimension of communication is definitely changing by which all the possibilities and even consequences which could are just as unpredictable as in the late fifties.