Many people are familiar with TED talks and the TED slogan, ‘ideas worth spreading’. It has gained immense success and so has led to independent TED events being organized under the title TEDx in which the ‘x’ stands for independently organized. These independent TED events have become so widespread across the globe that there are now a great amount of cities that host such events. On November 25th, 2011 is the third edition of TEDx Amsterdam, which will host speakers of extremely diverse disciplines addressing numerous issues surrounding a central theme namely, ‘human nature’. Following is an interview with Marian Spier, a teacher of ‘strategic media’, ‘intercultural communications’ and ‘business mapping’ at the HvA as well as board member at TEDx Amsterdam in charge of communication. 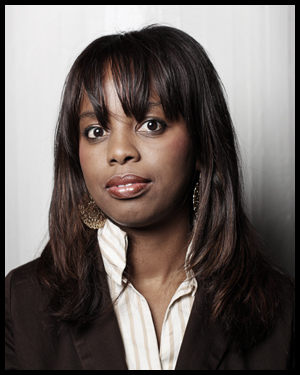 1.) How would you describe the main aims of this event? Is it only about spreading ideas?

2.) Where does the inspiration for the topics come from?

First there is a brainstorm session with the board, which consists of four people and then with our ‘brain trust’ which consists of professors, entrepreneurs, artists, businessmen and people from all walks of life. We ask them what is going on in the world, what do people need and how should they be inspired. After discussion they put forth that nothing is working according to the system anymore e.g. the bank system, general economic system yet still society moves on and functions. As a result of these brainstorm sessions the theme of this year became ‘human nature’ and how despite such systems having trouble, humans work with such issues and move forward.

3.) How does the organization work?

We have a board which consists of myself, Jim Stolze who is the licensee and a TED ambassador and Monique van Dusseldorp who’s in charge of programming. We have 3 topics that have been created by TED, one is the ‘doing’ part, at TED they call it TEDxchange, which the Gates foundation founded concerning millennium goals. Then there are the ‘Women’s issues‘ and ‘Youth‘ topics and more generally ‘Amsterdam’ which is a broader theme which is subject to change every year. Concerning teams there were roughly 100 volunteers, I’m in charge of the ‘experience’ team, which is working together with the national ballet. There is also ‘social media’ team and there are cells within teams including amongst others, ‘PR’, ‘Writers’ ,’Video’, ‘Production’, ‘Creativity’, ‘Sponsor’, ‘Programming’ and ‘Simulcast’.

4.) As this event is non-profit, where does Tedx get its funds?

TEDx gets all funds from sponsors.

5.) On the one hand TEDx may be considered an elite event, on the other TEDx wants a great diversity of people. How is this managed?

We would want to have thousands of guests but because of financial reasons we can’t organize such a big event, that’s why it’s important to look for diversity which is why both students and professors are present to create diversity in age. There is great diversity in background amongst guests which come from many different sectors including, ‘entertainment’, ‘technology’, ‘design’, ‘development’ and ‘sustainability’. We want to mix all these people together, especially influential people, to essentially influence their society.

6.) How do you decide who is eligible for the award and ultimately who wins it?

We have a jury consisting of a journalist for the Volkskrant, Jim Stolze who is TED ambassador and one of the main organizers, and one of the ‘Youth’ speakers.

7.) Why did you start working for TEDx?

I’m also a lecturer at the HvA and I discussed TED and TEDx in my lectures, which the students loved. When Jim Stolze said he wanted to organize TEDx Amsterdam I sent him an email and said I wanted to be involved. I started to ask my students to help because I worked at the interactive media department so the first year most of the stuff we did was with students. Since then TEDx Amsterdam has had the chance to expand and incorporate much more diverse attendees.

8.) What are your specific tasks?

My task is to lead all the cells and come up with a vision for how to brand TEDx Amsterdam and to create as much media attention as possible. In addition to this my job is to involve the community, not just the individuals close to TEDx who will attend the event but also those individuals who will be present at the various simulcast locations.

9.) Why did you decide to divide Tedx Amsterdam into Youth and Women events?

TED decided to do this saying that people need to be informed concerning these issues. People need to be informed about women’s issues and ‘youth’ issues and I think it’s important to do that. I see that it works, we have a large community of followers concerning both the TEDx Women organization and the ‘Youth’ event however there is still a lot that needs to be done.

10.) What role does new media play in the organization of Tedx and the event itself?

A very large role, especially online video and social media. Social media is actually one of the biggest tools we use to communicate because TED is also an online product. Twitter we use as a news medium to send out TEDx news to our community. Facebook we use as an interactive medium so that people could interact with us and get involved. We use the web generally to inform people and especially the aspect of video plays a large role concerning things such as organization and promotion and also practical information.

11.) Which other Media are you using to inform people about Tedx?

12.) Would you agree that without New Media this event could not exist?

Yes, I think it started as a grassroots movement. It’s important to use new media because journalists love TED and mostly all journalists are online so when they heard about TED all the journalists were enthusiastic. When the media starts to write about you, you gain a lot of power in the sense that we were able to spread our message. So new media plays a large role, the first year it was a hype and people were crazy about the speakers. My goal was how do I create a ‘trend’ and not a ‘hype’, because a ‘hype’ is only temporary so now we’re working on creating a trend so that it could be a nationwide event and that people will carry on with TEDx Amsterdam.

13.) What are your hopes & expectations for this upcoming event?

My hopes are that nationwide communication will be picked up and that a lot more people will know what ‘ideas worth spreading’ is all about rather than just ‘TED’. TEDx Amsterdam is an event about inspiration so I hope people will get more inspired despite the crisis and a lack of jobs and generally the greater issues troubling society at the moment.

14.) What do you think is the most important aspect of the TEDx event?

I think it’s a call to action. The slogan is ‘ideas worth spreading’ but we hope that people will get so inspired that they say ok I have an idea that I want to realize. Rather than simply having and sharing ideas we want to see action being taken as a result of this event.