On Saturday December 17th, The Museum of the Image (formally known as the Graphic Design Museum) organized a symposium about visual culture in Paradiso, Amsterdam. The symposium brought together a crowd of professional, students and industries from the fields of design, art, journalism, neurobiology, fashion, literature and film. This Symposium was the third edition of the yearly symposia initiated by MOTI. 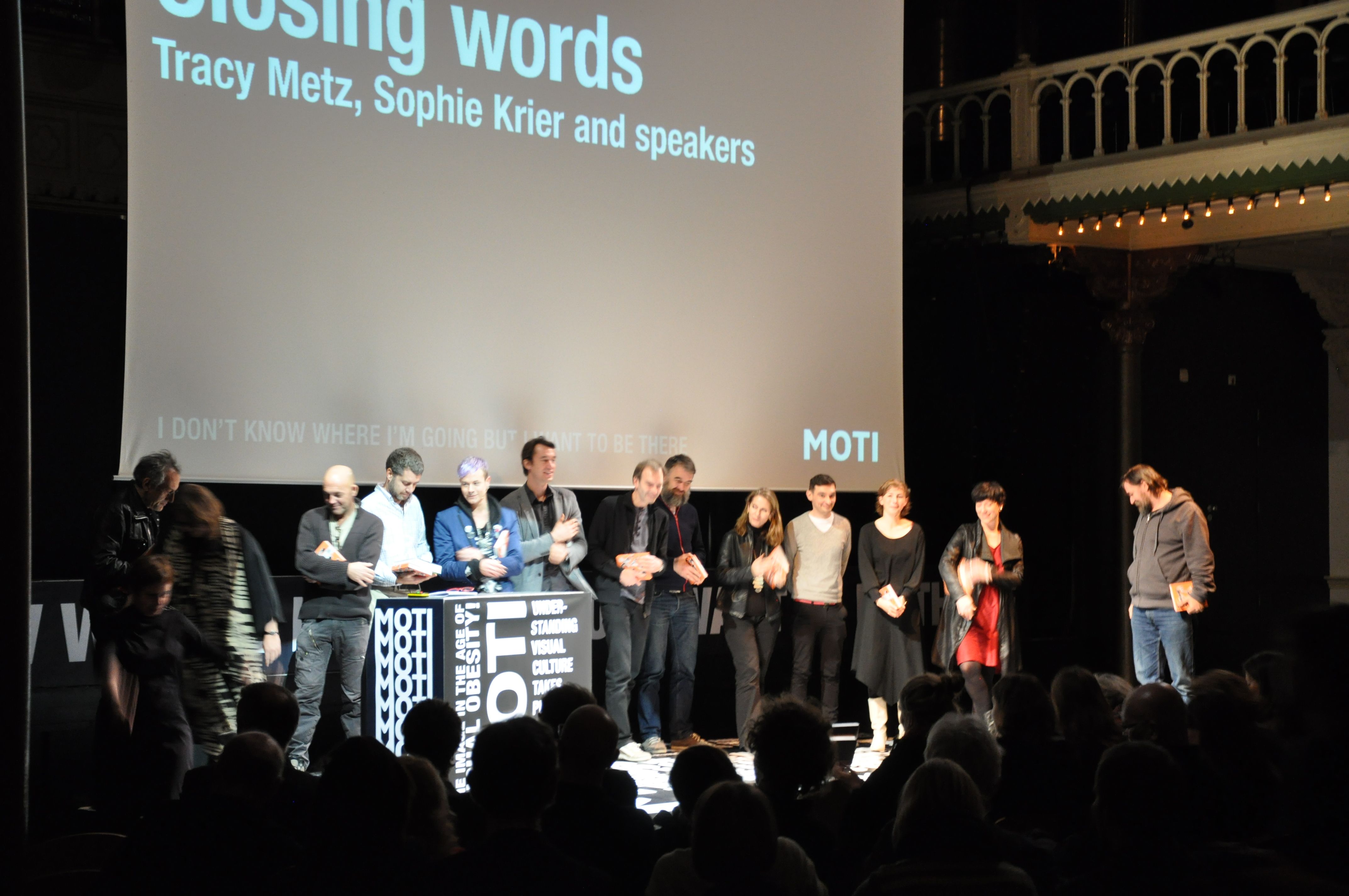 Some of the main effects of images were questioned: What is the meaning of the image? What do we do with images? What do they do with us? What does it with our attention span what does it do with language? But most of all, what is the communicative power of the image? Additionally, the lectures did not solely focus on images but also on design and the impact of new technologies on today’s society.
While some speakers acclaimed new technology and media such as Twitter and Facebook as a powerful ways to broadcast images throughout the world, others such as Koert van Mensvoort were quite skeptical about our future in his. Indeed, in his anthropomorphobic tales, Koert questioned the way products increasingly become human (think: robots), but also the way humans are becoming products (think: plastic surgery).

Among the most important themes of the symposium were the themes of creativity, graphic design, images, political changes and activism. The image was described as a social agent, as a biological process, as the playground of our imagination, as a cultural criticism, and as a revolutionary power.

The different works displayed showed how creativity and design can have an impact on the world we live in. Examples of works displayed throughout the symposium are Sputniko’s menstruation machine, the tweenbots (human-dependent cardboard robots that navigate a city with the help of pedestrians), Rubik’s Cube for the Blind, Peter Kennard’s photomontages, images of Sadam Hussein’ statue being taken down, and Dan Perjovschi’s doodles.

As an overview to the event, I believe that the event was very interesting for anyone interested in art, design and the impact of images on our current society.
Each speaker added their own contribution to the symposium and their speech was in no way redundant. The day-long programme carefully planned with breaks and movies in between talks, which made it stress-free and easy to follow. The speakers each displayed their work or works worth displaying with professionalism and a good degree of humor. Despite a relatively relaxed atmosphere, the talks given were well prepared and touched upon significant matters.

The audience left the room with an increased awareness in the power of design and technology.
I was surprised not only by a video of “The Hips” by Nick Knight at the end of the event but especially by the event closing without a Q&A session. This was however not a problem as the speakers sat among the crowd waiting for their turn to speak just as common mortals,  and stayed for drinks after the event, making the session a lot more interesting.

Tags: event, I don't know where I'm going but I want to be there, MOTI, symposium