In the world of graphic design, web design and motion graphic design, the use of templates is widely spread. Templates are ready-made project files that can be customized and used as the basis for various types of media content. Working as a web and graphic designer, I myself work with templates on a regular basis. Though discussions have evolved around the pros and cons of their use, templates have permeated all aforementioned fields of design. Hollywood blockbusters and popular music videos use the same Trapcode Form effects (see figure 1), website builders use the same website templates and the same graphic elements keep appearing in logo designs.

These templates can be bought from websites that function as marketplaces for authors and buyers of ready-made content. Some of the most well known websites such as iStockPhoto (launched in 2000), GraphicRiver and VideoHive (both launched by Envato in 2006) feature millions of items in lots of different categories. It is well known that for example stock photographs are widely used on websites and in editorials (so much even that various lists exist of images that have become too popular to use). As mentioned before, certain visual effects seem to be used over and over again as well. And new builders of websites hardly ever start a project from scratch. But what is the state of templates in the world of data visualization?

A good starting point would be the aforementioned websites selling templates and stock footage. A search for items tagged with “data visualization” on VideoHive yields only six results of which only two seem relevant. Together however, these templates have been sold 714 times. The same search on GraphicRiver yields 86 items with the top result alone selling more than 1500 copies. Though tagged with the words “data visualization”, most of these items are closer to the description of “infographics” as they are mostly static, non interactive, manually designed visualizations. In a similar fashion, searching for “data visualization” on iStockPhoto returns no relevant results, but changing the query to “infographics” immediately returns large sets of infographic templates similar to the one in figure 2. 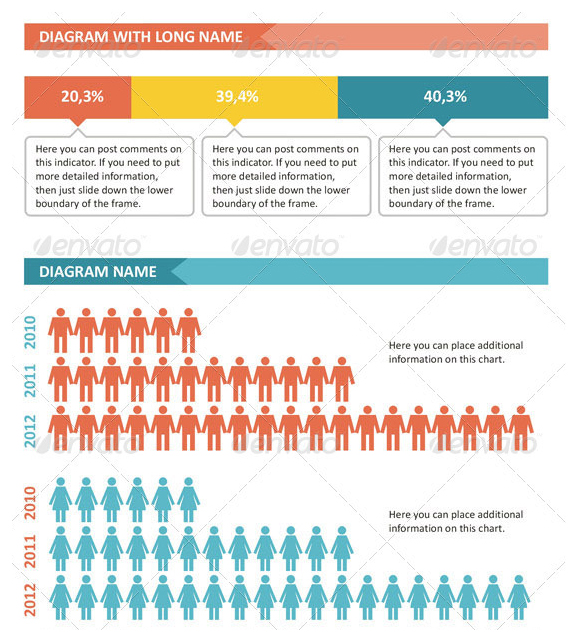 Figure 2. A snippet from an infographic template for sale on GraphicRiver.

Extending the search to CodeCanyon and ActiveDen reveals a collection of templates for interactive visualizations. These are actual customizable data visualization applications that can dynamically load different data sets (see figure 3).

Figure 3. An example of a customizable interactive data visualization template for sale.

When reviewing the description texts for the items on offer, a common idea can be noted. For example, one description reads:

“This is a nice set for your imagination and the ability to turn a boring business information into something more pleasing to the eye and clear mind [sic].”

Another accompanying text described the contents of the file as:

“8 simple inforaphic [sic] elements, a great way to jazz up your information to make it look beautiful.”

On VideoHive, the description of an animated motion graphic design template (visible in figure 4) reads:

“Infographics are a great way to get simple information across to an audience in a visually interesting way. Although, they mostly remain still images. That is, until now. With ‘Infographic Data Visualization’ you can easily convey the information you need quickly and clearly. And with universal man and woman, a map with indicators, word bubbles, pie chart setups, bar graph setups, tab and flag placeholders, all included, no project is too small. Any data can be communicated; dates, times, dollars, percentages, ages, ingredients, names, you name it, you can do it. And with the color of the whole project wired into three fills, you can easily find the look and feel you and your client are after.”

Figure 4. An animated template on VideoHive. Note how the template tells you what kind of data you need to fill it optimally.

All these descriptions focus on the idea of visually appealing visualizations, that are clear, simple and quick and “jazz up boring” information. Furthermore, there seems to be a sharing of the idea that these design elements can be used to communicate any type of data.

Various authors have looked for guidelines and building blocks for effective communication of different types of data in visualizations. For example, Steier et al. have explored the relationships between data and style elements. In their exploration of how sensory cues direct attention, they note that:

Their train of thought here is aimed at how choices for certain style elements can help allocate attention of users of data visualizations.

Engelhardt has performed extensive research into the universal principles of visual representation. Aware of the difficulties of a universal language for visualization, he states that:

“Critics of such assumptions of universality point out that any visual language is a social construct, and greatly dependant on context and culture. And they are right, of course. There is no such thing as ‘the universal visual language’ that all humans share (the visual sign languages used by deaf people also differ enormously throughout the world). This does not mean, however, that no ‘shared basic principles’ can be found in the diversity of visual representations.” (Engelhardt 2012, forthcoming: 8)

Engelhardts work includes an extensive notation of the types of data that exists and how they can be represented (Ibidem: 12). He continues that:

“For designers of graphics it can be useful to be aware of – and to be able to ‘play with’ – the universal graphic representation and combination possibilities arising from the different types of Meaningful Spaces and the different types of Visual Objects that I have suggested here. What really matters in the end however, is how graphics are used.” (Ibidem: 13, my emphasis) 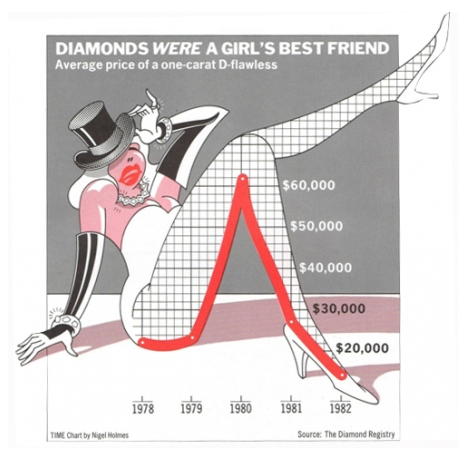 A template with great aesthetics can be the icing on the cake for data visualizations when the data, story and presentation match, but when the template becomes the cake problems arise. As noted by Engelhardt, though certain “shared basic principles” can be found in visualizations, he also clearly states that there is no one universal visual language (Engelhardt 2012, forthcoming: 8, 13). The presentation should fit the data and it should fit the target audience so the story can be understood. Certain templates may cater to certain audiences and in that sense be good matches, but it seems unlikely that a certain template will fit all types of data and be understandable for all audiences. Generally speaking, data visualization templates seem to be focused on just being visually pleasing and risk losing the connection with the data, story and different audiences.

Bresciani, Sabrina and Martin Eppler. “The Risks of Visualization. A Classification of Disadvantages Associated with Graphic Representations of Information.” Knowledge-communcation.org. 2008. 3 July 2012. <http://www.knowledge-communication.org/pdf/bresciani-eppler-risks-visualization-wpaper-08.pdf>

Engelhardt, Yuri. “Graphics with a Cause – Neurath, Rosling, and the Universal Principles of Visual Representations”. On Information Design. 2012, forthcoming.