So you think your a journalist?*

It started off as a protest, a personal objection to the poorly made yellow journalism we all come across on a daily basis.

Being called a “grammar nazi” so many times before certainly has its perks. At first, you’re surprised to notice every little spelling error up to grammatical tragedies on everything you read, magazines, ads, blogs, literature or text messages. You’re calm at first, you try to oversee what’s wrong and simply focus on the content. Later, you find yourself not being able to carry on reading an article and you’re simply counting the mistakes. 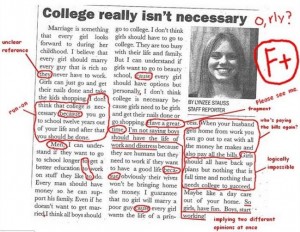 Twenty spelling errors in the first five pages of Esquire, June issue, 2011. Five huge grammar mistakes on the first page of the summer issue of Playboy.

You love your favorite magazines and hate that great articles are so easily spoiled. You think about getting a job as a corrector, you simply want to change something for the better, to make a contribution and you would even work for free.

They reject you. They don’t need this kind of person in their editorial team. You twist and turn, you’re in no position to start your own TV channel, your own magazine or newspaper.

But you can blog about it.

I was hungrily reading newspapers online every morning, I became very interested in how an article was written and less interested in what it was about. Whenever I found an error, a big one, I made a screenshot. I was storing these screenshots in a folder, waiting for the right time. 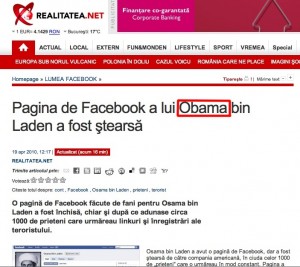 Soon enough, I started “Din greseala” (eng. “By mistake”), a WordPress hosted blog where I would post a mistake on a daily basis. I wasn’t just posting a screenshot, I was writing a whole sarcastic article about it, but in the end I was always providing an explanation, a solution, the right grammatical terms which should have been used.

No more than three days later, I was contacted by a well-known local journalist and blogger, who invited me to have my own daily column on his popular blog. I accepted and from that day on, everything changed.

Soon I found myself being “attacked” by those journalists who were the authors of the articles I so ironically wrote about and posted online. I started getting angry comments, discouraging messages and hate mail from these people.

On the other hand, the readers were ecstatic. I was being congratulated and I was even receiving submissions from people who were also noticing mistakes. They wanted to punish those who treated them badly by writing important stories in such a poor manner, so they came to me. 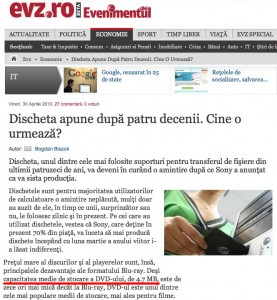 The buzz was there, word got out on Twitter, the crowd was growing and it was asking for more. They soon wouldn’t settle for devouring an article about a spelling error, they wanted grotesque content and a gory analysis.

I stopped writing the daily column for the popular blogger and returned to “Din greseala”, my blog, where I could write at my own pace and freely be able to select what I was writing about. Some of the readers followed, they were hungrily waiting for a new prey which the hunter would put on the table.

I haven’t posted anything since February, this year. The blog reached its purpose long before. The seed was planted. Journalists were now aware of the vigilantes.

Later, I’ve heard stories about editors in news rooms who urged the writers to double check their spelling and grammar.

I pushed it so far, that it seemed impossible to get hired in this field, ever again. However, I got a job as a magazine editor one month later, but left after three months, because it wasn’t really satisfying me.