Media has shaped the language we use in conversation since the unprecedented invention of the printing press which allowed for the emergence of mass media. Content found in news feeds, published articles and gossip columns dictate the subject and composition of our conversation as we perceive them to be a reflection of our personal interests and beliefs. It is for this reason that media is capable of effecting the way in which language is used over varying periods of time. 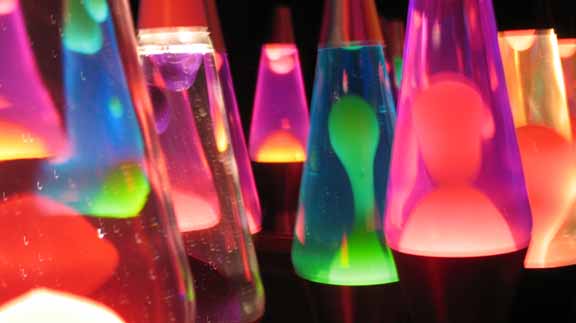 Lava lamps – An example of what we would define as ‘psychedelic’

This impressive capacity of media came to my attention during prior study regarding psychedelia in the 1960s. The discovery of LSD led to the coining of the term ‘psychedelic’ to describe the effects of the drug and its similarly hallucinogenic predecessors. Mass usage and broadcasting of this new found term within a short period of time removed the word from its original meaning, causing what semioticians define as semantic change.

Dilution between numerous mediums such as art, film and mainstream advertising alongside the pessimistic representations made evident in middle class newspapers led to the commercialisation and thematisation of a once controversial and groundbreaking drug. The term ‘psychedelic’ no longer defines the effects of a drug. Instead it represents a fashion genre and and an style of art that we tend to associate with the hippie subculture of the 1960s, simply because of the way different forms of media decided to present it to the public.

Jumping forward 50 years, a time in which free access to numerous online social media platforms is the norm within developed countries, the process of semantic change has become an alarmingly common feature of contemporary society.

A more immediate example of this shift can be seen in the recent controversy regarding Twitter and its French community. Through necessity (140 characters limit) and the ease of abbreviation, a term which is used in real life social interactions to identify an older person with an acknowledgement of respect (‘vous’), has been replaced by an informal counterpart (‘tu’) due to its overwhelming use on the Twittersphere.

Similarly, though this is more of a general observation than an isolated occurrence, the use of abbreviated internet slang that has evolved with online culture since its creation, has become subtly accepted as a second language to a majority of active users on the internet (as well as those who are familiar with SMS). 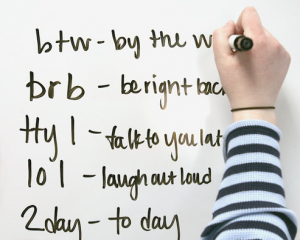 Informal expressions such as OMG, WTF, and LOL have somehow leaked their way into casual conversation, albeit the user of such terms tends to be of a younger age, the use of these ‘phrases’ is still present. In this sense, social media platforms such as Facebook and Twitter are allowing these expressions to be perceived as a norm which can be used in real life situations, regardless of the reason for their initial creation – online convenience.

It must be made evident that there is a distinct difference between internet acronyms and general acronyms that existed in our oral language prior to the era of online social media, however, it is the modern context in which these terms are being used that suggests this abbreviated language is actually merging into real life conversation.

The question remains as to whether we will benefit from this language being cemented into everyday interactions. On one hand the speed and efficiency this dialect provides is a step towards a universal language that the whole world can understand, yet this is within an online context. To sacrifice general punctuation, grammar and traditional politeness for the single purpose of convenience just seems lazy. Furthermore, this style of language also runs parallel with the dangers and stigma of the internet cultures that use it… 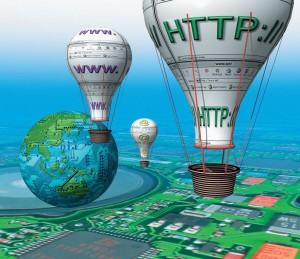 Privacy has seemingly, and almost voluntarily, disappeared. Sure, you can have complete control as to what information you decide to release on these social platforms, and unless you decide to reveal any personal information yourself, there is no way this information can be leaked. Yet this apparent safety net is continuously undermined by the nonsensical tendency many users have taken and accepted as a norm of modern internet culture, the idea that it is appropriate and inconsequential to inform social networks of their most recent incriminating and personal escapades. For example, the social experiment website weknowwhatyouredoing provides insight to the unknowing users who express potentially dangerous information the likes of which the entire world could see if they simply searched for it.

The intention of this point is to show how new media platforms are able to not only shift the meanings of words within our language, but also how these platforms can change the context, content and literally the amount of information we are willing to declare.

The extent in which our lives have become integrated with social media is evidence enough to suggest that social media rules the ever evolving language we use both on the internet and in real life. However, there has always been a certain resilience to the idea of the informal communication presented by social media platforms. Will this language always be perceived as unprofessional, childish and impolite? Another form of slang that will remain colloquial to its respective subculture? Or will the next generation, whose familiarity with social media and online communities is second nature, be able to simply overwrite the older/disinterested population of the world, and pave the way for a new language. We are in a new world of communications that is ever expanding, so there is no reason why it shouldn’t.