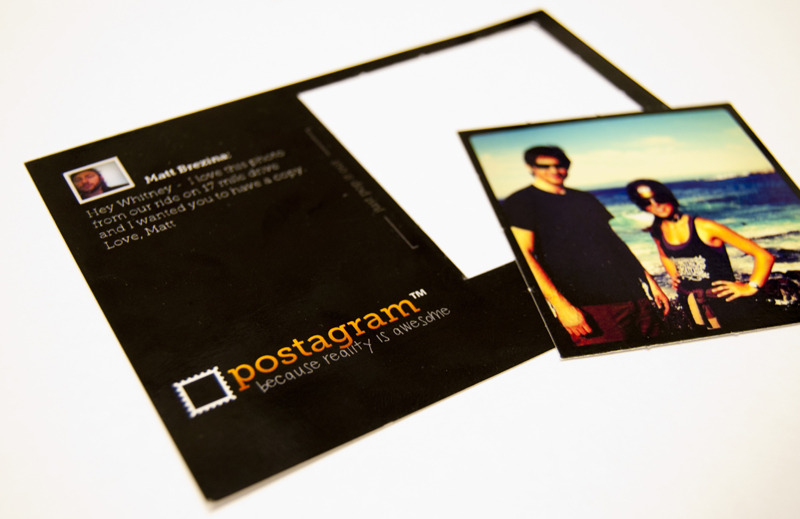 When was the last time you’ve sent someone a postcard? And not just over the e-mail e-cards that go directly to people’s spam folders, but the good old days genuine postcards brought home by the postman. In the age of speed-reading and skimming through loads of wall-posts and search results, nobody slows down to put pen on paper and write a few sincere thoughts to his or her loved ones. There’s no need anymore in sending a colorful postcard with a few lines written on it when you’re away on a holiday. Why would you brag about the exotic place you’re visiting using only one photo, when you can upload hundreds of pictures into Facebook albums?

Well, the probable answer comes exactly from this clutter of joyful and never ending stream of online pictures, e-cards and virtually expressed thoughts. People still love to receive stuff through their snail mail. That’s right SNAIL mail, not instant mail. When someone takes the time to actually buy a postcard, write down a short message (which – and this can bring a little panic into the sender – cannot be deleted and re-rewritten), stamp it and send it by mail, that can be a really nice gesture.

This brings us to the phone app that we’d like to introduce to you today. It’s called Postagram and its name probably makes a good enough description to the everyday digital addict. It’s an iPhone and Android app, related to Instagram (hence the “gram” in the name), but it also works with your phone’s photo library and Facebook albums.

The way that Postagram works is this: using a photo of your choosing, the app easily allows you to send high quality photo postcards to friends and family anywhere in the world. The postcards are printed on real, thick, glossy paper showcasing a high resolution of 300 DPI. What makes this app real good, once again, is the possibility of sending postcards from anywhere to everywhere in the world. Sending a Postagram was available only for US destinations (and for a measly 99 cents per send), but starting March 2012 you can put a smile on somebody’s face even if that person is from Europe as Postagrams are delivered to the Old Continent as well. You can find the list of European locations here, and the cost is of 1,99 $ per send. Sincerely, the start-up behind Postagram, is responsible for a number of other cool and well reviewed apps, such as Pop-Booth, Sincerely Ink and Dotti. Their future plans include a “QR code” stamp printed on the postcards that gives the recipient a digital copy of the photo on the card, adds the sender’s address to the recipient’s Sincerely address book, and it alerts the sender the card has been viewed. And this brings us to one of humanity’s biggest problems with postcards sending: finding the address of the recipient. Nowadays especially, when nobody knows house addresses, only e-mail addresses. Sincerely’s solution for this inconvenient is searching your phone’s address book and uploading Postagram with a list of all the other Sincerely users you’re connected to, filling out your Sincerely address book. Their next move is integrating Facebook contacts.

Why would you choose Postagram over regular postcards? This is a simple one: Postagram can be just as cheap (or even cheaper) as a regular postcard, stamping and sending it (of course, the cost of the postcard depends on its quality), but the real advantage comes from the truly personalized character of Postagram. Just imagine your grandmother’s joy seeing you waving and smiling next to the Eiffel tower from a Postagram, not just receiving a standard postcard that all of her neighbours might have got from their grandsons. Also, if you’re concerned with your postcard reaching its final destination, Postagram has added post office tracking. Senders receive an alert when their postcard reaches the initial post office and when it finally reaches the recipient.

Here’s a nice video of how to use Postagram:

Moreover, the people from Sincerely have put up a Postagram blog, which is very useful in terms of tips and tricks of how to create your perfect picture using digital tools and other tutorials.

And, finally, this is where you can download your Postagram app for iPhone and Android for free. Our hope is that you will send at least one nice thought out today to someone you care about, on a nice, real piece of paper. Because, as Postagram says, “reality is awesome”!