The remediation of classic boardgames on smartphones

About Alex Maat
Starting with the ICT Management school to support his hobby of building websites, Alex Maat has developed a particular interest in the internet. The only right choice was to attend to Communication and Multimedia Design (Interactive Media) at the Hogeschool van Amsterdam to gain more in depth knowledge about the broader image and while keeping websites in mind, he received his first Bachelor degree - completing the Technology, Design and Interaction program. But he felt this wasn't enough and there was something missing. This was found in the New Media Masters program at the University of Amsterdam, but to be allowed to participate, the second (shortened) Bachelor Media and Culture at the University of Amsterdam had to be done. He succeeded. Currently working part time in web development at IDSGN in Hoofddorp, Maat is continuously improving his programming skills as well as the knowledge needed to keep up with new technologies and new improvements of his own skill set. He is interested in the technologies that drive websites and trends in webdesign and -functionality.

When you are using public transportation and you take a good look around you, you are bound to notice that most people around you are busy using their smartphone. The rise of the smartphone provides many ways of mobile entertainment nowadays. Playing games on your smartphone is one of them. It is mostly about interactive games where players use the internet to be able to play with others. It is remarkable that some immense popular classic games are being played intensively on smartphones due to new media.

More and more classic board games are being remade into digital versions suitable for smartphones. Traditional games which have proven to be very successful keep their formula of success even with their digital equivalents. Also, the traditional real world games are repopularized because of their digital versions. Take the classic board game Scrabble for example. It has made a huge comeback in 2012 because of the digital version of it, called Wordfeud. Its gained popularity is also the cause of a worldwide hype, where many friends played Wordfeud against each other in a matter of weeks. Another example would be the digitized version of Pictionary, called Draw Something, specifically built for smartphones.

The aspects of remediation on smartphone apps

We are reviewing some smartphone games that have been created using the concept of board games, using the remediation theory of Bolter and Grusin. Jay David Bolter and Richard Grusin described in their book “Remediation” their view on remediation-theory. They argue that new forms of media always use the properties of old media.

Wordfeud is a smartphone game that uses the gameplay as the classic board game Scrabble. This classic game is being played since 1938 and is invented by Alfred Mosher Butts and the rights to the game are bought in 1948 by James Brunot. The digital version of the game emerged in 2010 for Android-smartphones, followed by the iPhone and Windows-Phone, all smartphones. 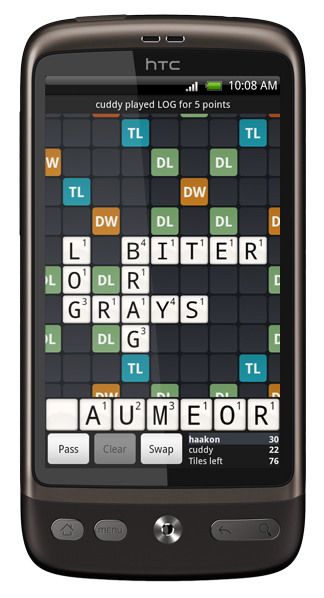 Besides having roughly the same characteristics as the classic board game variant, there are some noticeable differences between the two versions. Wordfeud is offered in 8 languages, while Scrabble has 29. In contrary to the classic game, Wordfeud offers the technical possibility to engage in 30 games at the same time, while Scrabble is only playable with the persons around the table, up to 4. In contrary, it is not possible to play 1 game of Wordfeud against multiple players at the same time. This means there is more interactivity in the remediated version than in the classic one. Players also have the opportunity to challenge friends for a game of Wordfeud or let Wordfeud select a random opponent. This enhances the relations in real life as well. Another difference is that there are cheat apps available for smartphones that enable cheating. This would be impossible in real life with the board game, because players have continuously watching their friends watch them. 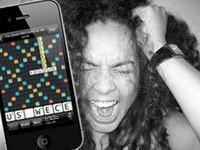 Keeping the economical aspects of Wordfeud in mind, we found that this app is free for download on most types of smartphones. The game is interrupted shortly for ads after you made your move, this can be solved by purchasing the ad-free version. A person has to pay for the board game in the store, but playing the game after the purchase is free. Besides that, Wordfeud has enhanced market position of Scrabble again and it is being sold more again. Companies as Bart Smit and bol.com confirm having more copies sold after the launch of the remediated ones.

Another example is Draw Something. This game is a remediated form of Pictionary. Pictionary is a game that was invented in the eighties by Robert Angel and is published first in 1985. Before the smartphone edition, Nintendo created its own digital version in 1990. This proves that the remediation of classic board games is older than most of us think in general, where smartphones have proven to be an important part of remediation. The creator of Draw Something, Charles Foreman, sold his company in March 2012 for 210 million dollars. This implies that the remediation of classic board games have a large economic potention. Game developers should keep in mind that the proven-to-be-good properties and gameplay of classic board games must be preserved in their digital equivalents. 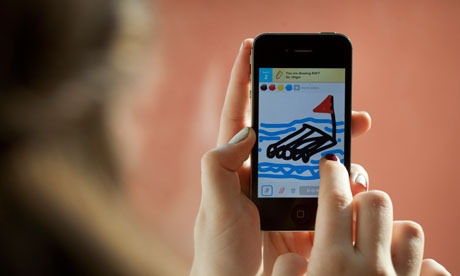 Written together with Ferdy Looijen.