The Prosecution of Jokes on Social Media: Lets Ask the Audience.

Last week a 19 year old man from Lancashire in the UK was found guilty of section 127 of the Communications Act; a British law which makes it an offence to send any message that would be considered ‘grossly offensive’ via a ‘public electronic communications network’. He was sentenced to three months in a young offenders institute. 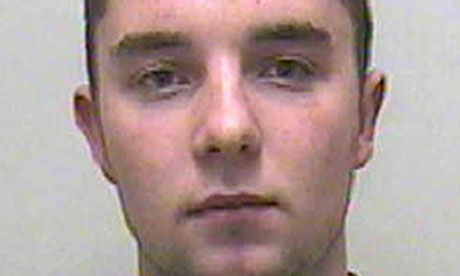 19 year old Matthew Woods was recently sentenced to three months in jail for jokes he posted to Facebook.

For those unfamiliar with the case, details surrounding the crime are as follows. Matthew Woods — the 19 year old in question — had (according to the BBC) spent the evening of the 3rd of October drinking at his friend’s house before deciding to post a number of ‘abhorrent’ jokes on Facebook. The jokes were regarding the missing 5 year old April Jones, a case which has been receiving substantial media attention in the British press, and Madeleine McCann, a young girl who vanished from her family’s holiday home in Portugal in 2007. The press have been, somewhat sensibly, choosing  not to publish the jokes made (exception is The Guardian, who decided to include reference to a number of the milder messages posted by Woods). However, for those wishing to gain further perspective on the level of obscenity involved, the alleged joke can be seen on this SlashDot forum.

Woods told the court he copied the joke from another website, believed to be Sickipedia.

A twist in Woods’ surprisingly quick charge, trial and sentence, comes in the form of the joke’s origins. It has been reported that Woods was not the original source for the material, but in fact found inspiration on Sickipedia, a site that dubs itself as ‘almost certainly the best online sick joke database in the world’. With that in mind, the courts involvement can be attributed to two things:

1. The nature of the forum – Sickipedia fits the bill of a public forum better than Matthew Woods’ Facebook wall (anyone can access Sickipedia if they so choose, where as it has been suggested that Matthew Woods’ privacy settings were not set to public). However, Sickipedia, even with its name alone, comes with some form of prior warning of the content within, whilst Facebook does not (although, in order to see Woods’ comments, it is likely that you would have to be his ‘friend’, which would indicate at least some degree of familiarity with his personal character). Therefore, the type of platform that the message was displayed on changes the audience viewing the material, which can account for:

2. The public response – According to Charlie Skelton, roughly 50 people turned up at his home threatening violence, with police arresting him at another address ‘for his own safety’. As Skelton goes on to highlight, the mob that turned up at his home was taken as a measurement for “public outrage”, indicating the gross offensiveness which constitutes the crime (also ignoring the fact that a mob response like this could technically fall under the Serious Crime Act 2007 of encouraging or assisting a crime).

The importance of this case for freedom of speech online is obvious, and has joined a long line of recent cases being brought to court in the UK over the last year. In March, Liam Stacey was jailed for 56 days for posting racist abuse on Twitter surrounding the on-pitch collapse of English Premier League player, Fabrice Muamba. In July, an accountant had his conviction of sending ‘menacing’ tweets overturned. But perhaps most suprisingly, a day after Woods’ conviction, a man who posted an offensive message on Facebook stating “all soldiers should die and go to hell”, was sentenced to 240 hours of community service over a two year period. British courts now have such a mixed bag of case law precedent to choose from surrounding offensive messages, it is almost impossible to determine how your actions online will be punished, or whether you are even committing a crime.

Considering each of these cases revolve around communication that took place on social media platforms, it seemed fitting to take the pulse of the Twitter community regarding the ruling against Matthew Woods (which, unlike Facebook, has a general culture of making your tweets publicly accessible). Without such social media communities amplifying public awareness of tweets, comments and statuses, they would generally be lost in the ether of a previous posts. After all, a number, if not all of the 50 strong mob that turned up at Woods’ house threatening violence must have been Facebook users, and their (extremely questionable) behaviour can be considered the cause of the courts involvement. With this in mind, I gathered together all the tweets that I could find on the topic of the Matthew Woods case, which, at the time of research, totalled 1502.

The tweets were broken down into two categories:

As mentioned above, they were then assigned a stance: opposing the ruling, supporting the ruling, neutral (which was generally made up of those that shared articles reporting the conviction without bias), and highlighting disparities. This final category was necessary to accommodate all users that were discussing the inconsistency of sentencing in a number of high profile court cases.

Quite predictably, the infographic demonstrates that at the time of research, the social media community on Twitter overwhelmingly disagree with the court’s ruling. The most popular opinion in the sample was that, whilst Twitter users condemned the joke as ‘sick’, this should not result in criminal punishment:

Similarly, many other uses saw the imprisonment of Woods as a ruling that impacts the notion of free speech:

Interestingly, a large portion of the community also highlighted concern regarding the huge disparities in sentencing within cases that have been under the media spotlight in recent months. The majority of users within this segment compared and contrasted the ruling against Woods with that of British comedian Justin Lee Collins, who was found guilty of serial abuse and harassment of his ex-partner they day after, receiving 140 hours community service:

The (very) small number of tweeters that were expressing their support for the ruling generally suggested that Woods should have been aware that his actions would have consequences:

The response to such claims for some on Twitter was that the law is not fit to police modern communication mediums (it in fact dates back to the 1930s, and was designed to ensure telephone operators would not be harrassed). Index on Censorship, a publishing and campaign organisation for freedom of expression, have reported that the Crown Prosecution Service will be holding a public consultation (details of which can be accessed here from early November), with the goal of trying to establish new guidelines to rectify this matter. Whether or not this will solve the problem remains to be seen, but at least it is a step in the right direction. What is clear for now is that Social media users are clearly indicating that they do not agree with the punishment that the likes of Woods and others are seeing; and considering that social media users are the very people whom such rulings are supposedly attempting to protect, perhaps it is time they were listened to.
Tags: censorship, Communications Act 2003, facebook, freedom of speech, Matthew Woods, Paul Chambers, section 127, social media
One Response to “The Prosecution of Jokes on Social Media: Lets Ask the Audience.”
Leave a Reply
This blog is protected by Dave's Spam Karma 2: 2705362 Spams eaten and counting...