Last week, the documentary ‘Nooit Meer Slapen’ (No more Sleeping) was broadcasted on the Dutch television. The documentary stated that at 3 o’clock in the night, over 1 million Dutch citizens are wide-awake. ‘At home, night rest is becoming subordinate to online-life by Wi-Fi, Facebook and a smartphones underneath your pillow’ (free translation, Nooit Meer Slapen). The excessive use of social media and the ever presence of Internet connection has a severe effect on daily life. Especially the young generation, Generation Y, suffers from negative influences of social media on their life. What psychological affects does the use of platforms like Facebook have on this generation, besides the shortened night rest? Two experts give their opinion.

Failure
Sarah Domogala stated in her documentary ‘All We Ever Wanted’ that the current society is very pushy and the pressure to succeed is sometimes extremely high. This can cause the feeling of failure.The young people Domogala follows in the documentary all suffer of panic attacs or depressions caused by high expectations and the pressure to preform. They share the opinion that Facebook, where everybody looks perfect and where you can hardly read any negative stories, increases the feeling of failure. A girl in the documentary says: ‘I am always looking on Facebook at the age of persons, to see what they have achieved at that age compared to me’.

Especially Generation Y- that grew up with digital media and see social media as part of their daily life – suffers from high expectations. Researcher Ronald Alsop calls them ‘Trophy Kids’. ‘They and their parents have placed a high premium on success, filling resumes with not only academic accolades but also a smorgasbord of sports and other extra curricular activities, volunteer work in their local communities, and exotic travels abroad’ (Alsop, 2008). The desire to fit in and to be part of the group is very important for Generation Y, hence they are very selective in how to present themselves online and offline. They try to resemble to people around them, including friends on social networking sites. We use Facebook as a virtual mirror. 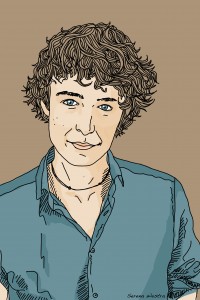 Dutch author Koen Damhuis wrote the book ‘De Virtuele Spiegel; Waarom Facecbook ons Ongelukkig Maakt’ (Translated: The Virtual Mirror; Why Facebook makes us Unhappy). In addition to Domogala, he researched how Facebook can make us feel unhappy and unsuccessful. I did an interview with him earlier this year.

[Serena Westra]: ‘Can you explain again how Facebook makes us unhappy?’
[Koen Damhuis]‘ We have to blame ourselves for this. Actually, the statement should be ‘why do we make ourselves unhappy by Facebook?’ With ‘happiness propaganda’ we push each other to perform and be successful and happy. In general, people have a tendency to think that other people are happier than they are themselves. The more time people spend on Facebook, the more of the idea they get that life is unfair and could be better. With Facebook you can easily compare yourself with other Facebook users and see how you function and how successful you are.’

This comparison is getting even easier with platforms like Klout, Twitalyzer, and Kred. They measure your influence on the Internet. At this moment, the ‘Kloud Score’ is even used in job interviews: when it is too low, you can get rejected for the job. The performance society is reflected in the emergence of these platforms. Is this just a temporary thing or will the standard and influence of performance stay this high?

[KD] ‘I think that especially for the higher educated citizens of the Netherlands, the pressure to perform and standards of success will stay this high. However, things are changing. I have the feeling that some day there will come a counter reaction and I hope that we all become tired of Facebook.’ 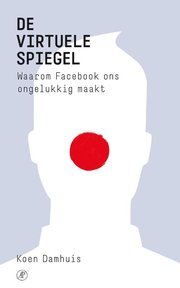 The young persons in the documentary of Domogala say they get nervous of the positive and successful stories on Facebook. They admit themselves that they are trying to create the perfect image of themselves on Facebook. Why do we create this perfect reflection of our identity on Facebook?

[KD]: ‘I don’t believe there is something as the authentic self. In every social situation we perform a certain role; we have different masks and different reflections. However, on Facebook all those masks are merged into one because different Facebook friends are looking at only one mask: the Facebook identity. I believe we show a specific part of ourselves. Minor happenings are transformed on Facebook to big and interesting events, just in order to look interesting and prevent from drowning in mediocrity’

Besides, my own research done last year- ‘Performing the Self: Identity on Facebook‘- concludes that Facebook users are showing a better version of themselves on Facebook. They do not make things up, but they make a conscious selection of the material that is good enough to show to the audience. Even the software of Facebook supports the construction of a positive identity. However, it can become problematic when Generation Y is resembling themselves to online identities of friends that are everything but realistic reflections.

Dare to fail
In other words, it looks like we should be careful about the availability of Internet connection, excessive use of social media, and time we spend online. The documentary of Sarah Domogala, ‘All We Ever Wanted’ shows that we can get panic attacks by comparing ourselves to other Facebook users; we feel failure. ‘Nooit Meer Slapen’ shows us that the time we spend asleep is decreasing due to the feeling we have to be online in order not to miss out on something; this can even cause insomnia. Koen Damhuis states that we can become unhappy by Facebook. However, he has a philosophical solution that might save us:

[KD]’People feel like they failed and become unhappy by pushing each other harder to perform and be successful, and by sharing the general idea that each individual is responsible for their own results. The more we try to cover our personal mediocrity offline and online, the harder it gets to accept we are not that special. My message to the world is: dare to fail and be boring!’