MSDOS and floppy disks are alive and well (in Canadian curriculum)

In the short six years since I left high school, a lot has changed. Facebook and smartphones are now transforming the lives of younger generations [3]. In light of the upcoming Media Literacy Week in Canada (November 5-9), I decided to conduct a small case study on “new media” education. My goal was to take a look at the presence of “new media” in Canadian high school curriculum, in the hopes that it could help indicate the level of need for media literacy education that focuses on the digital environment.

Being a vast country, Canadian secondary school curriculum is provincially regulated. This means that although education is generally the same across the country, students on the East and West coasts do not follow the same courses. In this short analysis, I will summarize what I found by reading media-related curriculum as listed on the education websites of all ten Canadian provinces.
Although there are few “Media Studies” courses in Canadian high schools, the subject was typically found in Communications, Technology, Literacy, or English Language Arts programs. For this reason, I pulled data from various topics in each province. 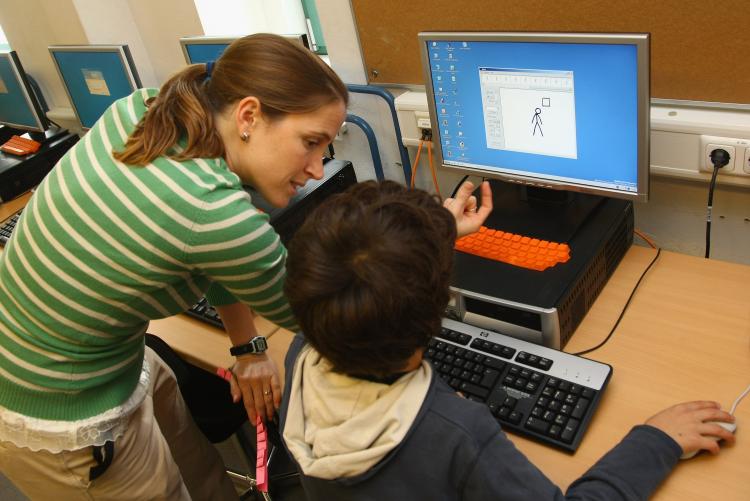 The good, the bad, and the out-dated

Out of the ten provinces, Ontario’s curriculum was the second-most recent, dating to 2008. It was also the only one to categorize this type of education under “Computer Science” instead of something more social, like Language Arts. The curriculum is notable for teaching awareness of things like online privacy, intellectual property rights, and even “cyber bullying” [11]. It also mentioned “Internet gambling addictions” [11], which was the only addiction that I found in any of the documents. Similarly, British Columbia used their Information Technology curriculum to teach online privacy basics, like cookies [5]. Interestingly, none of the documents mentioned social media addictions or strategies for time management. 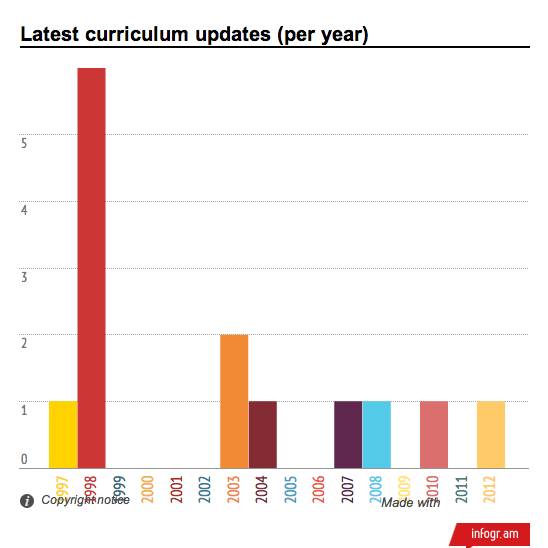 Although I have no doubt that the learning technologies in today’s classrooms are not the same as those mentioned in these older documents, I will nevertheless mention them. Throughout the search, I came across both software and hardware that have either been widely replaced, or no longer exist at all. For instance, PEI’s Computer Studies curriculum claims to teach the Corel Suite [13] and Nova Scotia’s English Language Arts document mentions program ClarisWorks [10]. Upon further research, ClarisWorks was eventually turned into AppleWorks, a program that ceased sales in 2007.

Newfoundland and Saskatchewan both mention VCRs, a product that is no longer sold by Canada’s largest electronics retailer, Future Shop [9; 16]. Newfoundland had no mention of the Internet in its Communications Technology curriculum, yet MSDOS was claimed to be taught [9]. In Saskatchewan’s Media Studies curriculum, “Faxed Newspapers” are mentioned under “Emerging Communication Technologies,” but online or digital newspapers are not [16]. Although the province’s 1998 journalism curriculum discusses (quite well) the difference between electronic and print media, the definition of “electronic media” includes radio and television [15]. Further, while there are nearly fourteen pages dedicated to print media, electronic has less than four [15].

Perhaps my biggest disappointment in this project was the “Communications 11 and 12” curriculum from my own province, British Columbia. In this, I found the following quote:

“Some teachers have found that the Internet (World Wide Web) is a useful source of learning resources. None of the material from this source has been evaluated by the ministry, in part because of the dynamic nature of the medium.” [6] 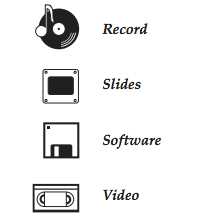 This isn’t as shocking when you realize that the document was last updated in 1998. However, other provinces that published their curriculum in the same year were already mentioning listservs and HTML, or encouraging Internet use [8; 10]. In addition to curriculum, the “Media Icons Key” (to the right) found in the appendices, lists records, floppy disks, and VHS tapes.

By looking at these documents, it seems that the focus is often on studying uses and practices of new media instead of their larger function in society, and daily life. For instance, programs are interested in teaching skills like desktop publishing [10] or uploading work online [2]. Although the Internet was promoted for some communication tools such as online discussion groups [2], no social media or collaborative tools were mentioned. By comparing all provinces, it is clear that no standard exists for media education, and more specifically, new media education. Further, since the documents date back to as early as 1997, it can be observed that several provinces are in need of updating them.

Although my main goal was to look for media education, the subject is quite vague in Canadian secondary school curriculum. It has no consistent course or program across the country and is often taught in elective, not mandatory, courses. However, it must also be noted that many outside organizations are working towards this type of literacy.

For instance, the Association of Media Literacy is a non-profit organization doing exactly that. Although their website is not updated very frequently, their resources page lists documentation on social media and literacy. The Atlantic provinces have also banded together for the creation of Cyber Safe Girl, an awareness program designed to help young girls deal with online bullying. Unfortunately, the website lacks content and the program ignores boys altogether. 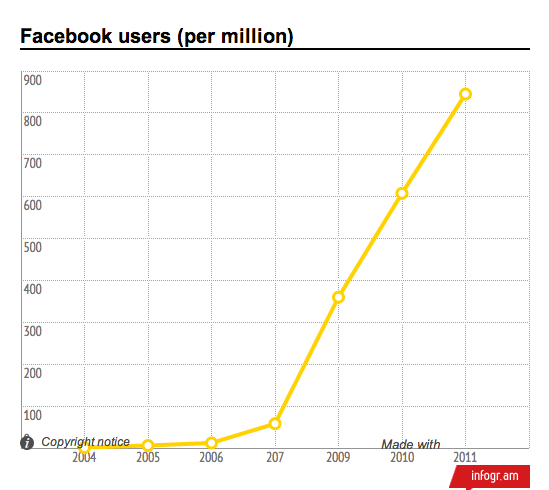 The findings I have stated are to be taken with a grain of salt since I am not (and do not claim to be) an expert on high school curriculum. Further, this case study looks only at online curriculum documents and ignores any offline documents or actual classroom teaching. Teaching also differs by districts, schools, and teachers. Further, there is no national standard for curriculum documentation, meaning it is difficult to truly compare them.

That being said, I think the findings can at least demonstrate how much media education is changing, or needs to change. Only two of the fourteen documents used in this study were updated before the launch of Twitter and none of them were updated since Google started customizing search results [12]. The number of Facebook users has also skyrocketed from 1 to 845 million since 2004 (see graph to the right), and their mobile application was only introduced in 2007. As new media changes, it will be interesting to watch how curriculum in Canada, and around the world, adapts to it.

[3] Boyd, Danah (2009). Hanging Out, Messing Around, and Geeking Out: Kids Living and Learning with New Media

[5] British Columbia Ministry of Education (2004). Information and Communications Technology 11 and 12