Be Careful whom You Friend. A Life of a Fake Facebook Profile.

Eva Janssen was born on the 15th October 2012. Being already 24 years old, she attends the University of Amsterdam. She is quite a usual girl. She listens to The Beatles and Moby, she watches Friends while eating Nutella with a spoon, she sits at Starbucks working on her MacBook, and her favorite brand is United Colors of Benetton. But Eva does not have many friends, except for the two girls with whom she enjoys an occasional bath in a Jacuzzi. So she went to the Facebook Amsterdam open group and started sending friend requests…

What the potential Facebook friends of Eva didn’t know is that she has two profiles; one pubic with visible photos, likes and information, and one private. Eva was curious whether more people will accept her requests sent from a public profile or from a private one. She expected men to respond more positively, and she was right.

She was very surprised to see how many people accepted her as a friend although they didn’t even know her. She has sent 150 requests from her public account and 72 people accepted! That’s almost a half. 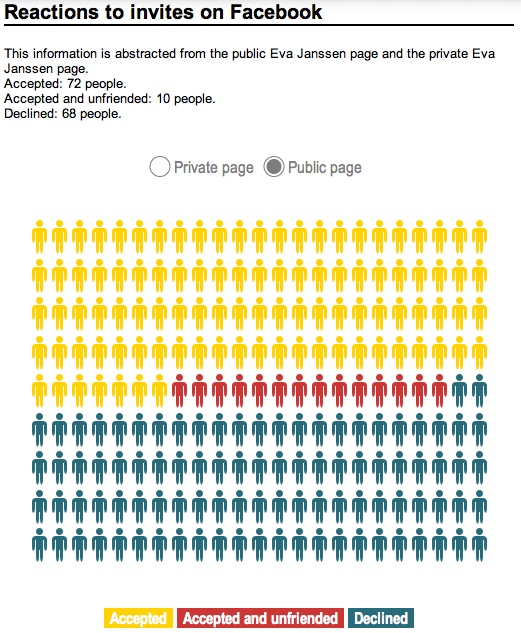 And, of course, almost three quarters of them were guys, usually single. The things didn’t go so smoothly on the private account. Out of 150 friend requests, only 32 were accepted. 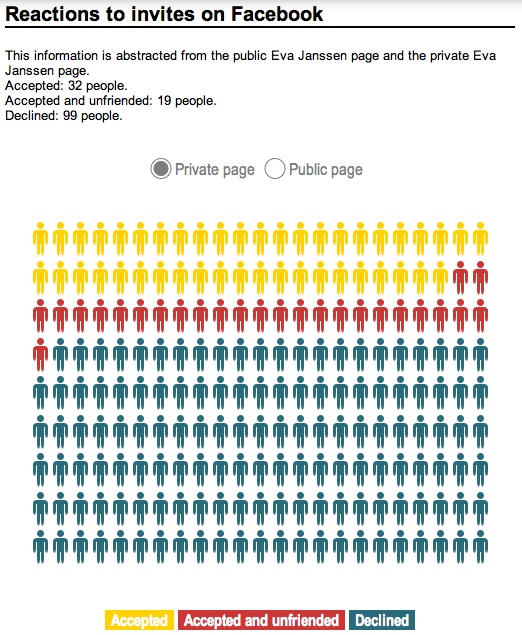 Eva also posted a question on both of her profiles to find out the reasons why strangers accepted her friend request.

Some of her new friends interacted with her actively, wishing her happy birthday (not being aware that that was literally her birth day) and asking for her pictures, while some of them unfriended her immediately. Only Facebook wasn’t so pleased with her little experiment, blocking her option to send more friend requests. Someone must have reported her, although she posted an explanation and purpose of the profile on her timeline. Ah, cruel Facebook….