Virality: Contagion Theory in the Age of Networks 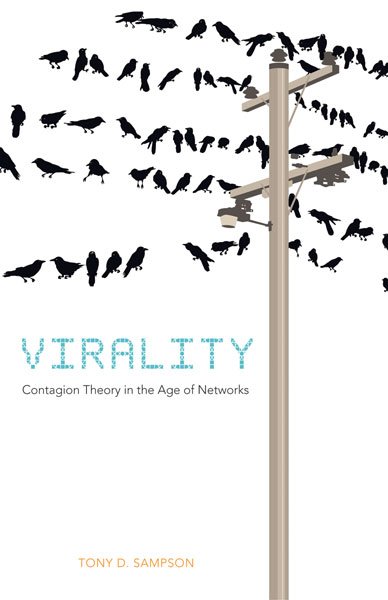 At the Wildcard Symposium 2012, I presented an RSA Animate-styled video rendition of Tony D. Sampson’s new book Virality: Contagion Theory in the Age of Networks. The project was carried out by me and three of my New Media colleagues at the University of Amsterdam – Geoff Kim, Ferdy Looijen and Jaimy Quadekker.

The content of the video presents the ideas of Sampson in a condensed fashion – we attempted to fit in just over twelve minutes most of the Tardean theoretical framework that the author uses to base his arguments on, along with the newly developed concepts of societal control through the viral distribution of fear and love.

We went about producing the video the way we thought RSA Animate approach their projects. After reading the book, we wrote a “script” styled as a lecture in front of an audience (similar to a TED talk or university class). We then recorded the audio voice-over and started with the drawing process. The final version of the video is produced with just over 370 still photos of drawings on white board that are arranged in sync with the audio.
Visuals: Geoff Kim & Jaimy Quadekker
Voice: Geoff Kim
Directing & Editing: Bozhan Chipev
Script & Writing: Jaimy Quadekker, Ferdy Looijen, Bozhan Chipev