The popularity of social media networks, such as Facebook and Twitter, has resulted in new forms of user performance and identity. Each new online account creates a new identity in which users must negotiate issues of disclosure, security, and representation. While social network studies is becoming a field of study in its own right, for this post I would like to address one controversial issue regarding social networks: fake identities. 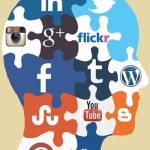 I became interested in this specific field after reading the thesis of last year’s New Media MA graduate, Annet Bos, entitled “E-discovering Fake Identities on Twitter.” In this research project, Bos analyzes “the concept of identity (theft), the legal implications, the characteristics of fake profiles, and the structure of the network.” I believe this emerging field of research is still in its infancy due largely to its interdisciplinary aspect: legal experts do not have adequate experience in social network studies, nor do media scholars have a background in judicial or litigious issues. Bos’ research discusses the cultural practice and behavior that are enacted by fake identities, and she points to the current scarcity of social networks providing validation schemes – pointing out Twitter’s limited profile verification system that is currently only in use for celebrities. With her thesis advisor, Dr. Hans Henseler, Bos has worked in the field of “e-discovery,” which Henseler defines as “the identification, collection, filtering, review, analysis and production of electronic information in the course of an investigation”. This line of work typically involves cyber crimes that would be used for evidentiary purposes in instances of anti-trust, corruption, or fraud. In this way, Henseler works in the emerging field of digital forensics, a rigorous analysis of born-digital media artifacts.

A good place to start with researching social networks is danah boyd and Nicole Ellison’s article “Social Network Sites: Definition, History, and Scholarship,” which comprehensively runs through the basics of the field. This telling of the historical underpinnings of the rise of social networks covers major concepts, such as network structure, bridging online and offline sphere, and issues of privacy and security. Other researchers in the field, especially related to E-discovery are Willem Koops at Utrecht University, who specializes in digital judicial evidence, and Ewoud Sanders, language historian and journalist, who works in electronic research.

Recent media practices that are important to this study are mainly found in major news sites: instances of fraud, misuse or misrepresentation of a user’s own identity, or complaints of misleading bots. I will quickly run through a few of such instances.

Yesterday, the New York Times ran a story regarding fake identities and a specific consequence of this practice: fake Facebook likes. By focusing on fake likes, a trend is developing that exposes shady or illegitimate practices for commercial gain, similar to search engine optimization techniques following white hat or black hat methods. Just as Google punishes such sites that use black hat techniques, Facebook or Twitter may soon act accordingly. Another interesting point to the article was the example of a hospital’s identity being faked on Facebook – the account was used for political reasons to criticize Obama’s health care plan and remained active for eleven days. What I find striking is the detail of eleven days: Facebook did not immediately take down the site because it said the page did not violate its Terms of Service. This sort of behavior indicates that social media sites dictate policy based on legal language found in obscure ToS documents that are difficult for the layperson to understand. If malicious behavior continues, social network sites may need to re-evaluate their relationship with the user in explaining procedures of  authenticity of user profiles. 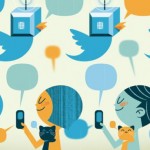 Another recent topic in fake identities revolves around the use of bots in certain platforms, such as Twitter. Bots can be used for a variety of reasons: for marketing or commercial purposes, as well as for political campaigning where “real” users send editorials and opinions to other users. The article in The Atlantic, “Are You Following a Bot?” discusses a research initiative in New Zealand and Boston that attempts to create and deploy bots for the purpose of infiltrating existing social networks. While potentially unethical, the project tested the limits to which real users would converse and include fake bot accounts into their follower list.

Overall, the landscape for fake identities in social media is continually being negotiated. Currently, the tension rests between the concept of anonymity and accountability. Although no one needs to know one’s “real”/in-real-life name, there should be Internet-savvy verification methods to prevent troublesome cases mentioned above. Trying to get ahead of the pack, Amazon rewards its users who give their real names when they review items, but does not require this. When considering a solution, one option is to create an Internet passport to validate security or account. This method links online identity with some sort of offline identity, which prompts further questioning of Internet citizenship and the democratization of the Web.

While the current solution or trend in 2012 is still uncertain, it is helpful to take a historical perspective on this issue. As Facebook launched 2004 and Twitter in 2006, these popular social network sites have passed their five year anniversary. At this point, users are becoming more savvy to how social networks operate, but perhaps also become complicit or accustomed to a lack of authenticity in online profiles and identity. As more and more users trust their information and identities with social media, they must simultaneously work to strengthen security measures and the accountability of platforms to its users.