About Jaimy Quadekker
Hi! My name is Jaimy Quadekker. Originally I am from Leiden (Holland), but after graduating high school I went to Italy to learn the language and explore this beautiful country. I spent three months in Perugia and three in Rome. After that I returned to Holland, to study Communication and Information Science at the University of Utrecht. That took me four years. I started a minor Italian language and a minor Information Science, during this last one my interest for webdesign and usability engineering began to grow. In my Bachelor thesis I wrote about WhatsApp and how it influences bounded solidarity, a new media theory by Rich Ling. I finished my Bachelor in june 2012. Currently I am enrolled in the Masters program of New Media and Digital Culture at the University of Amsterdam. 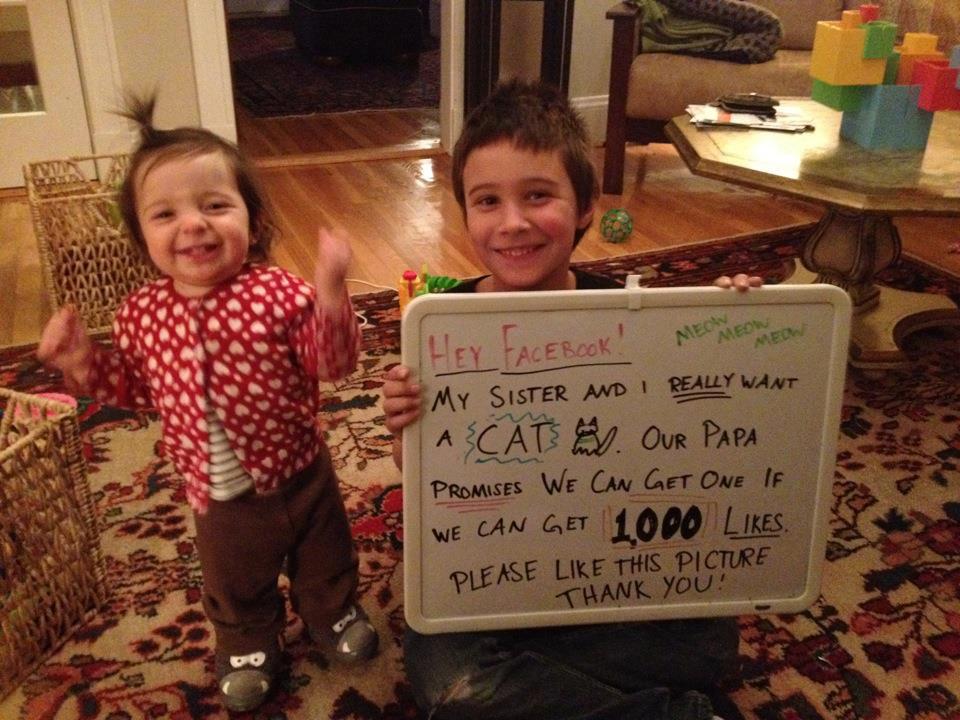 Facebook is now more than nine years old and it is very interesting to see what changes Facebook is going through. It started out with Facemash in 2003, developed into thefacebook.com and now we all know it as Facebook. In the beginning it was mainly used to watch each other’s profile page and show some information and pictures of yourself. 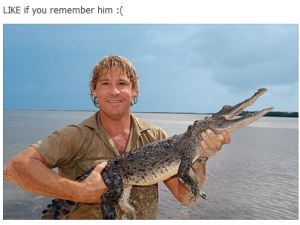 But the use of pictures and images on Facebook has changed a lot over time. They are now being used for several different purposes. A whole new dimension is created and even considered to be annoying. A few examples to begin with are the “Like if you remember this”/ “Share if you ever done this”. Often this pictures shows something from a few years ago, like a famous cartoon or television show. They try to give you the feeling of ‘the good old days.’ I even noticed a few with deceased celebrities. 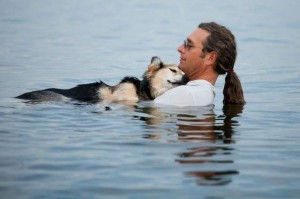 Often these images are from different pages on Facebook and they try attract attention to their page for more page-likes or subscribers. Then you also have the “Like if you think this is cute”/ “Share if you felt warmed”. These images mostly attempt to evoke sympathy. These are pictures with cute animals or harmed animals, caring people or sick people. Or the “Like and you win..” or “Share and win..” to get attention to a brand, organisation or even a party. 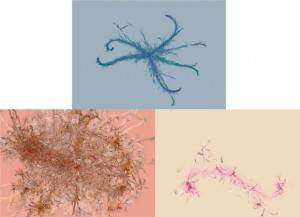 All the subject where the Facebook user would have thought ‘aw’ or ‘wow’. And then you click easily ‘I Like’ or ‘Share’. The outcome of all these “Like if/Share if” photo’s, is that they are largely and quickly spread over Facebook.   In a Facebook-experiment they created a clear visualization of three pictures of social media superstar George Takei, and how they are being spread through Facebook. You can see how one particular piece of content travels through Facebook when liked or shared.

Last August a new book was published by Tony D. Sampson. He talks about Virality and contagion theory in the age of network. He points towards a theory of contagious assemblages, events, and effects. Contagion is not essentially a positive or a negative force of encounter. He thinks more in a way how society comes together and relates to one another. He presents the idea of control and influence through the viral spread. He focuses mainly on two concepts, ‘love’ and ‘fear’. Those two concepts contain generally strong feelings.

Sampson also talks about too much connectivity and about big global problems like the financial crisis and terrorism. He interprets contagion theory through the social rationalities and he thinks that the reliance on representational thinking explains the social behaviour of networking, allows language to over categorize and limit analysis by imposing identities, opposition, and resemblances on contagious phenomena. Sampson also describes assemblage theory, to help understand the viral as a positively sociological event. If you want to know more about this book, check out this video. 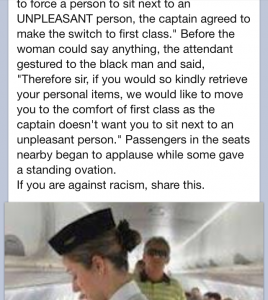 And if we focus at one of the two concepts: ‘love’, you can apply it to the pictures on Facebook. They try to evoke sympathy, with a memory or with some image you feel attracted to. But most of the time that is not the only purpose of the image. They try to let you go to their Facebook-page or website. Because they want more page-likes, visitors or even subscribers. You get the idea you are just looking, clicking and sharing and liking pictures you like, but there is a whole strategy behind it.

If you search on a search engine, you will find a lot of websites who can help you with this strategy. Websites like “How a news post goes viral on Facebook” and “How to create a viral post on Facebook” will help you with this whole new marketing strategy. Before Facebook came along, something like a viral marketing strategy was more a abstract ideal, than a achievable one. But now with Facebook this viral ideal become more readily attainable. Because through social networks, like Facebook, today’s society has a high connectivity degree. Sampson writes that the average Facebook user has about 300 friends, parts of who are often in other countries or even other continents. All those Facebook friends have about 300 friends of their own, and so on. And Sampson writes that in three steps, the optimal reach of 8 billion people. It is obvious that the entire modern digital world is interconnected with each other. He also describes a recent study by Facebook, that shows that the average “degree of separation” in the social network is 6. That means you need an average of six steps to reach a random other person in the world. And the more connected we are and will become, the smaller this number of average steps will be. And while we become more connected, we become more and more a great potential for virality and contagion through networks.

Sampson also presents the idea of control. This new marketing strategy of using the potential of Facebook by the viral spread of images, can also be used as a tool of controlling people. This video shows the experiment with the images of George Takei, and it shows, that it is a new good strategy to use.

The images, representing the product that has to be promoted, are widely spread through Facebook. This viral marketing works really fast and really effective if you manage to create an image with the ‘right’ formula for going viral. It must appeal to the people. And not everything is allowed, for the “Like and win…” and the “Share and you will win…” are already rules and guidelines written by Facebook.

So composing and using these images in the ‘right’ way will guarantee you hopefully large spreading, a lot of shares, countless likes and maybe… even a cat.