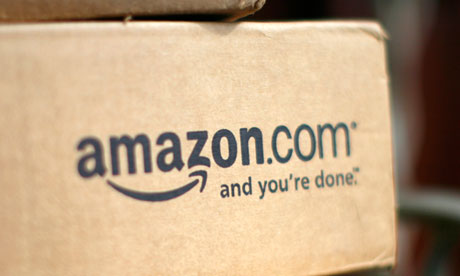 What do you do when you are one of the biggest online department stores and the review system that once seemed like an effective tool for customers to share experiences turns out to be used for fake reviews, through sock-puppet accounts, malicious one star reviews and self-serving fake five star reviews of books (and probably other stuff too)? Amazon decided to start deleting reviews. But maybe their methods were a little too rigorous.

This is the problem as Amazon sees it: reviews written by one author about another author’s book should not be trusted. So how did Amazon respond? Well, they updated the customer reviews guidelines and then started deleting reviews. An article in Forbes shares some examples of cases where Amazon removed reviews in an effort to get rid of subjective reviews, but in the process deleted heaps of reviews that were not in violation of the guidelines:

Michelle Gagnon had a few fans upset that they had tried to review one of her books on Amazon and “their reviews either a) never appeared, or b) were abruptly taken down.” When the fans emailed Amazon, they got this response:

I’m sorry for any previous concerns regarding your reviews on our site. We do not allow reviews on behalf of a person or company with a financial interest in the product or a directly competing product. This includes authors, artists, publishers, manufacturers, or third-party merchants selling the product.

We have removed your reviews as they are in violation of our guidelines. We will not be able to go into further detail about our research.

I understand that you are upset, and I regret that we have not been able to address your concerns to your satisfaction. However, we will not be able to offer any additional insight or action on this matter.

When one of the fans queried this, on the basis that they had absolutely no relationship or financial interest in the book, Gagnon says Amazon threatened to remove her book from the site completely if the fan contacted them again about it.

Author Steve Weddle attempted to leave a review on a book by Chad Rohrbacher, whom he knows. That’s not unusual — one of the things about being an author is that you get to know other people doing the same sort of thing as you. Amazon removed the review and, when Weddle queried it, he was told:

We have removed your review from Karma Backlash.

We do not allow reviews on behalf of a person or company with a financial interest in the product or a directly competing product. This includes authors, artists, publishers, manufacturers, or third-party merchants selling the product. As a result, we’ve removed your reviews for this title. Any further violations of our posted Guidelines may result in the removal of this item from our website.

The problem here is that authors are readers too. So we may expect them to write a review. However, Amazon sees these reviews as ‘questionable’, because they consider all authors as direct competitors. This approach is too simplistic, however. I believe that I might write a more favorable review for someone I know, not for a stranger that happens to have the same profession.

While all of this is going on, another more pressing issue is not attended to properly by Amazon yet. For years now, we can find reviews on Amazon that we know are fake or have a high probability of being fake. The New York Times published a story about the trade in Amazon reviews, complete with interviews with paid reviewer Sandra Parker.

But, says author and journalist Jeremy Duns, Parker’s reviews are still up on Amazon despite the prohibition on paid reviews in Amazon’s guidelines.

The August 2012 piece by the NYT on paid reviews which kicked off the latest furore fingered the collar of Todd Jason Rutherford. His service, GettingBookReviews.com, was used by self-publishing’s ex-posterboy John Locke who bought 300 reviews. But, says Duns, Amazon hasn’t removed all the fake reviews commissioned by Rutherford:

Locke’s paid-for reviews are all still up on Amazon, except for those written by Rutherford. He confirmed to me that he has removed his own reviews, but hadn’t told Amazon which others are paid, arguing absurdly they are not necessarily fake.

And this isn’t an isolated example. Duns recently wrote about Harriet Klausner, a woman who is either a superhuman speed-reader or a faker. Klausner, a former librarian, has reviewed over 28,000 books acrosss a number of sites, including Amazon, Barnes & Noble and others.

Despite the impossibility of reading so many books and liking them all, few authors or publishers have condemned her as an obvious fake. But last week, a blogger who has spent years obsessively documenting Klausner’s reviewing habits finally found a smoking gun. Using information given by Klausner herself in interviews, the blogger showed that many of the free books she receives from publishers and then reviews are promptly sold online from an account under her son’s name. Suddenly, it all makes sense. Some have estimated that Klausner has made around $20,000 a year from her review mill.

But it has not made a difference. On Tuesday July 10, 2012, Klausner posted 30 new reviews to Amazon, all of them positive. The fact that Amazon and others have tolerated such an obvious fake for so long, and will apparently continue to do so despite overwhelming evidence she is profiting from it, shows how little they care about the integrity of their review systems. They are clearly missing the point. The actions taken now do not target fake reviews at all. They are an emtpy attempt to make it seem like they are on top of things.

So where does this leave us? Amazon have clamped down on authors reviewing books, deleting perfectly legitimate reviews whilst doing so, but are happy to leave obvious fakes in place. Alerting Amazon to a suspect review achieves nothing, whilst being an author warrants immediate removal of your reviews, not to mention the explicit threat of sanctions against the person whose book you reviewed if you question Amazon’s decision.

How Amazon thinks this solves the problem is entirely beyond me. Other sites that rely on customer reviews are taking the problem of fakery more seriously. Yelp, for example, has started to warn customers when it thinks that a review might be less than genuine:

To combat [fake reviews], we’ve put on our detective hats, tracked down these rogue solicitations and are now giving you a heads up. Starting today, when we’ve determined that there have been significant attempts to pay for reviews, you may see a warning (like the one below) that some shady practices may be at play.

Obviously, this method is not free of flaw either, but at the least it indicates the company is making serious attempts to clear the system of fake reviews. Amazon has a lot of algorithmic nouse and I can’t see a single compelling reason why it can’t do better than its current hamfisted deletion of all book reviews by authors. But maybe, if Cornell University continues its work on spotting fake reviews, we won’t have to wait for Amazon to sort its act out.