Apple’s textbooks – too cool for school?

.ibooks is Apple’s proprietary ebook format based on the EPUB standard, created with the free iBook Author layout software for publishing ebooks. Due to some dissimilarities between CSS tags used in the iBooks format file, it isn’t compatible with the EPUB open standard. Distribution and selling of ebooks generated using iBooks Author and thus, .ibook format, is to be done only through Apple, as the End-User License Agreement (EULA) states: “if you want to charge a fee for a work that includes files in the .ibooks format generated using iBooks Author, you may only sell or distribute such works through Apple.” This will typically happen through the Apple iBookstore. However, Apple is allowing the distribution of such ebooks if they are made available for free and it does not prevent authors from recompiling the content in any other ebook format to be sold outside the iBookstore. 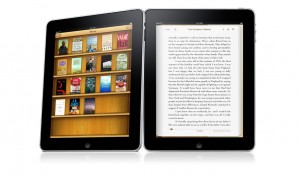 iBooks Author is the ebook authoring application through which .ibooks format files are created. It has been released by Apple in January 2012 and it is available free of charge for Mac OS X computers. Apple advertises the software as a tool for “educators and smaller publishers to created their own books” and it requires that such books are subject for approval before their are sold for a fee in the iBookstore.

The content of an .ibook format ebook can include text, colors, foreground and background images, interactive widgets, charts, glossaries, videos, and they can be managed automatically through the Books Author software. Apple also designed various templates that ebook authors can use and is offering users the possibility to design their own versions of the book in portrait and landscape orientation. Adding text, graphics and video is easy to do manually or through dragging and dropping files directly to the book pane. Apple is also allowing multi-touch gesture widgets, custom fonts and mathematical expressions. 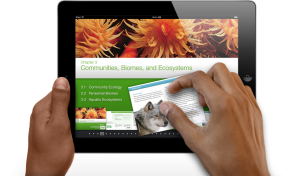 The main selling point for ebooks created through the iBooks Author was advertised by Apple as being the interactive textbooks that can be created for iPad. The campaign describes the way learning has changed throughout the years, while the textbook remained the same. Apple’s main arguments in promoting the product are the obsolescence of traditional textbooks that get easily outdated and cannot be upgraded with the latest information. Another point is the textbooks weight that a pupil has to carry in a backpack which can lead to chronic back pain, poor posture and further problems in their adult life. 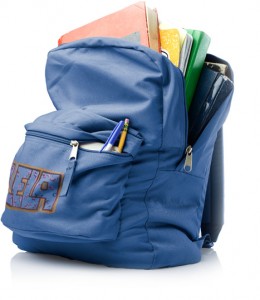 Apple argues how modern textbooks should be interactive and keep up with the latest developments in technology, an area in which students are now immersed. Textbooks created through Apple’s proprietary software promise “full-screen experience full of interactive diagrams, photos and videos, no longer limited to static pictures to illustrate the text, now students can dive into an image with interactive captions, rotate a 3D object or have the answer spring to life in a chapter review. Highlighting text, taking notes, searching for content. and finding definitions in the glossary are just as easy. And with all their books on a single iPad, students will have no problem carrying them wherever they go.”

Apple also built in the social factor, thus users can share bits of information found in the textbook directly to their Facebook walls, Twitter feeds, emails and even text messages.

The education-based business of Apple ebooks through iPad textbooks has been criticized as being “cool, but unhelpful” (Techland) due to the unavailability of cutting-edge technology in the majority of classrooms throughout the world. Last year, only 6% of textbook sales were digital (MBS Direct Digital) and while textbook publishers have been producing electronic versions for years, there has been a lack of a technology platform that would encompass all of them. Another reason why traditional textbooks are still favored is the ability to pass them along from one student to another through a span of more than a few years, whereas reselling or giving these digital textbooks to another student is prohibited at the end of the year. 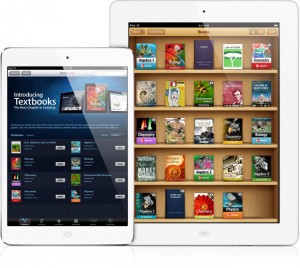 With other issues that are being raised, such as copyright and professionally assessed censorship according to the specific type of the school, Apple’s textbooks may be referred to as being aspirational so far. Like many other products released by Apple, the digital textbooks for iPad are well ahead of their time but it may only be a matter of time before they become a standard in the industry. Apple’s textbooks prove that the future of education seems to be a very exciting one.