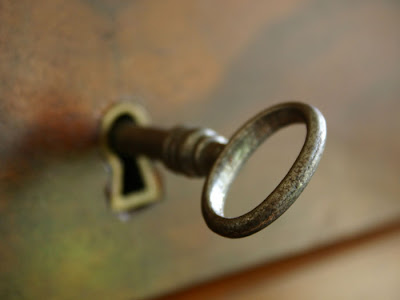 Open knowledge sharing implies a certain form of democracy: all resources are to be found online, read and distributed by anyone at any time for free. Distributing knowledge as an ideological cause you might say. The general idea of open knowledge as stated by Kathleen Fitzgerald in “Giving It Away: Sharing and the Future of Scholarly Communication”  that:

‘[…]removing access barriers to this literature will accelerate research, enrich education, share the learning of the rich with the poor and the poor with the rich, make this literature as useful as it can be, and lay the foundation for uniting humanity in a common intellectual conversation and quest for knowledge.’

Fitzpatrick provides us with a very idealistic view in which knowledge could, by spreading it more openly, create a better and social world. However she views funding as a problem for creating and publishing free content. Different websites host different types of free academic content which makes you wonder who is in charge of the website and its content. Is that the founder of the site? The organisation behind it, or the person who places the content? And what does this mean? For example the Open Humanities Press. They state that many people fear the standards of texts will suffer from Open Access. The goal of OHP is to ‘promote intellectual diversity’ and ‘explore new forms of scholarly collaboration’. They claim however that all the content on their site is peer-reviewed:

This statement implies that only journals affiliated with this press are reviewed by an oversight group and that proposals for new book series have to be approved by a select group from the Open Humanities Press. So while claiming to be an open source publishing collective they seem to be gate keeping in a similar to what a ‘traditional’ publisher does. Which, to me seems to undermine the purpose of ‘Open Access’.

Institutions like publishers and universities have always had a gate keeper function for collective knowledge. They filtered good writing from bad, including authors and excluding others. Publishing houses promoted different works to reach a certain audience and make a profit. A publisher seeks a balance between financial and cultural gain. In other ways this way of working might be considered paternalistic or elitist, the publisher decides what is and what isn’t suited and useful for the target group.

Authors who are turned down by publishers weren’t considered to be profitable according to Gary Hall in “Digitalize this book!” The argument he uses in favour of Open Access is that these authors who have never been able to publish work can now introduce their work to the world. This means that the academic field would be broadened in many ways, creating a diverse landscape in which texts of different genres and quality are available for everyone to read. However, when encountering a platform like the OHP there are still conditions before publishing something, so many academic voices might still be excluded which seems to me to be in contrast with their goal.

Kathleen Fitzgerald states in her article that the focus of Open Access should not be around costs but on the value of a work. But when determining the value of a work is in the hands of a few, Open Access doesn’t always seem to be as ‘free’ or democratic as it insists on being. Where traditional publishers want to have a return on investment, platforms like OHP do not strive for financial gain but they might want cultural gain. Open Access might not be a transparent medium as it presents itself to be. When only certain content is published it could actually mean that readers or academic researchers do not encounter new material, new thoughts, products or points of view and this could create a static environment.

According to Andrew Murphie in “Ghosted Publics – the Unacknowledged Collective’ in the Contemporary Transformation of the Circulation of Ideas”publishing is in a constant state of transformation and seems to be uncontrollable, therefore it makes sense that institutions try to find a hierarchy or as Murphie claims it. Open Access reaffirms the purpose of institutions: ‘[…]The intellectual after all exists outside the academy as well as within, what has been affirmed through these processes is the particular authority of the institutions of knowledge.’

Gary Hall, ‘Another University is Possible’ and ‘Notes on Creating Critical Computer Media’, in Digitize This Book! The Politics of New Media or Why We Need Open Access Now, Minneapolis: University of Minnesota Press, 2008, pp. 1-36.