iTunes U – one billion downloads of open knowledge

One billion is a solid number. That’s the amount of downloads Apple’s iTunes U has collected as of late February 2013, as specified by their press statement. Released in 2007, just before the first iPhone, it provides free educational content from universities, libraries, museums and other institutions from more than 30 different countries that allow teachers to produce materials for the class and distribute it to students. Amongst the most prestigious providers are Stanford, Yale, MIT, Oxford and the Library of Congress. Each part of the content is evaluated before being published. 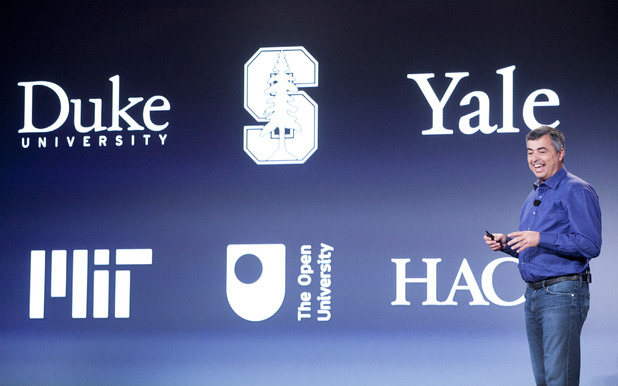 Although no credits are granted and no degrees are received, iTunes U and services like it (Coursera, Alison) are becoming more and more popular around the Internet due to facilitating broadcast of information and education. Moreover, with the introduction of Course Management, iTunes U is now competing head to head with systems such as Blackboard.

However, although one of Steve Jobs’ wishes was to revolutionize education, it is unclear how fast schools and universities are taking advantage of the application, which still has to gain wider acceptance by the academic community. While the application itself may be revolutionary, it faces resistance from a number of sources such as people who believe in traditional lessons and conservative education, management systems that are already in use and educational institutions that are confronted with financial trouble.

Some academic establishments use iTunes U solely for public awareness, whereas others stay away from it all together, quoting the requirements of training staff and a long process of switching as cumbersome. Another reason of avoidance is that if a university decides to opt for using iTunes U, it becomes their duty to provide devices, which can be very expensive, while opting for a bring-your-own-device plan might also be unfeasible. Other institutions are worried about making their data and information available on Apple’s platform, student privacy matters and public copyright issues may occur, something that isn’t really applicable to others such as Blackboard. The main point of discussion is actually time, funding, and whether or not to open up academic resources to everyone. Many institutions find switching to new programs as being a challenge, caused by a deficit of technical training, understanding and financial concerns. 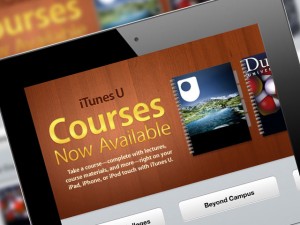 Another issue may regard the device dependency issue. If users want to download and access their course on a mobile device such as a phone or a tablet, those devices have to be iOS devices, due to the fact that the iTunes U application is only available for these. This can also be a major turn-off for institutions and users that don’t like to depend on a sole provider. The limitations of iTunes U are also an issue often cited. Many schools want to be able to offer feedback, assessments, grades and certificates for course achievements and completion. At the moment, iTunes U does not have these features.

Finally, another reason why iTunes U isn’t seeing massive adoption by the academics and educational institutions is that the platform lacks a social component. Courses aren’t at all interactive, but merely videos or audio clips that people watch and through which they learn alone. It does not provide a discussion platform, chat, or other new media social actions, which comes in contrast with certain academic beliefs which state that learning is best done together, in a group, or by teaching each other. 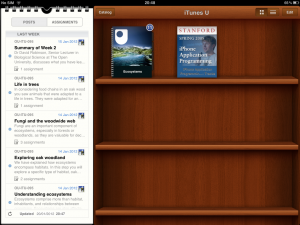 In the end, universities and other educational institutions should contemplate the fact that new technologies will always  emerge and improve the old ones. And even if academics and students might not be enthusiastic of constantly adopting new solutions, they should be receptive to change and be able to accept new ideas, when they better serve the demands of all groups and individuals.