Piracy and Publishing in the Era of the Digital Age


‘Internet pirates will always win. Hit one, countless others appear. Quickly.’ (The New York Times), ‘High Court backs internet piracy clampdown.’ (The Telegraph), ‘The US attempt to control internet piracy has sparked a fierce battle between the creative industries and the free speech lobby.’ (The Observer). Piracy. Over the last few years, it has become a very popular topic in newspapers, but especially in the publishing industry and the Internet. 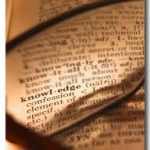 We are living in an age of change and surprise every day. A change that is driven by people and business with new perspectives and ideas for further developments and who want to share their knowledge with the world. A lot of scholars, students and people from all over the world are very eager to discover, to expand their horizons and to educate themselves. We live in an age where we praise getting a good degree once you’re graduated from university. However, this need for acquiring knowledge is not met by the contemporary publishing industry. According to Christopher Kelty, it cannot be: ‘not with the current business models and the prices’ (Kelty 2012). This is what is happening at the moment: publishers make the prices higher and higher until only rich institutions can afford them, while the rest is left with nothing.

Unfortunately, it does not end here: book-buying libraries have long been willing to pay the prices necessary to keep the publishing industry content and profitable. But the university libraries can no longer afford to buy books and scholarly journals and bookstores are no longer willing to carry them. And what about students? The moment you graduate, you no longer have contact with intellectual community that was offered by the university library (Fuller, 2011). Or what about research scholars who are doing their PhD and do not have enough resources to buy every book that is relevant to their research work? Consequently, most of the best scholarship is locked behind closed doors. It almost seems as if the publishers wants to keep knowledge enslaved to its ownership. That is, until library.nu, before a judge in Munich shut it down because of piracy, and its successors make it available.

However, websites such as library.nu are illegal and are being accused of piracy. The users of these kind of websites are, according to Kelty, bringing our information economy to its knees. The disappearing of these websites is perceived by publishers as a great success in the war on piracy because it will lead to more profit and more control over the buying behavior of the public when it comes to books. But the ‘pirates’ are of opinion that the disappearing of these websites will lead to even more sites.

The question that Matthew Fuller asked to Sean Dockray, a member of the organizing group for the LA branch of The Public, regarding to the behavior of text and bibliophiles in a text-circulation network : ‘Are there new forms of publishing emerging that work well in this context that cut out some of the problems?’ According to Dockray, the blog could be a solution since ‘certain academic discourses that are carried out on blogs work to a certain extent, in that there is an immediacy to ideas, their reception and response.’ Moreover, blogs are more accessible for the public at large. However, blogs quickly get forgotten and in this sense, he says, ‘a publication, a book, is kind of nice. It crystallizes and stays around’ (Fuller, 2011).

What can we do, that would both benefit the publishing industry and the people eager to learn but can’t afford expensive scholarly books? Let’s begin with the scholars. One of the reasons why they do research is to share their knowledge with people who are eager to obtain knowledge. Due to the restrictions of publishers, this has become more difficult.

Internet has become an indispensible part of our society and although I advocate the sustainability of traditional publishers, they have to change their business in order to survive. Convenience and reasonable prices are the ways to win customers and publishers can no longer afford expensive scholarly books. If they reduce their prices, the books they publish will become accessible to those who have fewer money and research will be open to the public at large. Scholars and students from all over the world have made great steps towards a library that can be accessed by everyone eager to educate themselves. Thanks to the universal library, knowledge and even the cutting-edge research is available for everyone.

Matthew Fuller, ‘In the Paradise of Too Many Books: An Interview with Sean Dockray’, Mute Magazine (May 2011)