About Jolien Siemerink
I achieved my Masters in New Media & Digital Culture at the University of Amsterdam. Within media studies I focused my research on the development of demographics online. Specifically de-genderization, or the marketing related process - I found parallel to post democratization - that influences our online and thereby our offline personality while we are randomly surfing the world wide web.

A critical view on the future after general-use Internet regulations

Curious why media theorists mostly investigate how users get locked in to the Internet, I decided to take a different approach for my Bachelor Thesis. I theorized a critical view on the foreseeable future after general-use Internet regulations. With this research I tried to answer the question what the consequences are when you get locked out of the Internet in this contemporary Internet culture. For instance: if you infringe on copyrights when you’re using the University Network Eduroam in Groningen. This is a summary of how my literary findings were shaped into a Bachelor Thesis.

It all comes back to copyright
In the Netherlands you could join the discussion on copyright, but if actions were taken such as blocking websites and giving fines to citizens, for example in the US, Dutch Internet consumers of shared content would hardly notice it because these rulings did not apply to them. Since the ruling of the Dutch Supreme court in the case of BREIN (anti-piracy) versus Ziggo and XS4ALL (Dutch’s internet providers) on January 11th 2012 this has all changed. In short this ruling means that Ziggo and XS4ALL have to block websites that provide a way to share content to prevent illegal sharing of copyright documents such as music and films. Specifically websites like Piratebay and related websites who share Bittorrent content. In this quote there is a translation of the Dutch ruling on BREIN versus Ziggo and XS4ALL:

“In this procedure the court speaks on the case BREIN versus Ziggo and XS4ALL because these providers offer a service (Internet access) according to BREIN that a number of subscribers use to exchange media files via The Pirate Bay and thus infringe copyrights. The court follows BREIN therein. The court considers it proven that approximately 30% of the subscribers of Ziggo and 4.5% of subscribers to XS4ALL recently have exchanged music, movies or games via The Pirate Bay. Due to the nature of the so-called BitTorrent protocol that is used, the court assumes that only those subscribers who have downloaded files, but also uploaded and thus have infringed copyright. The infringement by subscribers justifies the opinion of the court in this case to block The Pirate Bay by Ziggo and XS4ALL” (Rechtspraak).

Cause and Effect
Because of this Supreme Court Ruling BREIN can now apply a list to Ziggo and XS4ALL with websites that have to be blocked according to BREIN. What I found specifically interesting in this context is that copyright originates from approximately 1450 when Johannes Guttenberg thinks of a way to copy all books at high speed by using letters as stamps in a way that you can rearrange them so you can get different pages. That is the first step into the copyright discussion, the moment we were able to copy different books on a large scale. And we are still having a similar discussion.

Sure artist should get rights to their artwork, and yes I do think they should get paid for the art they create. Only how to establish this is not the question at hand. My interest for my thesis was what this Dutch Supreme Court ruling means for my open use of the Internet in the Netherlands. Can we still speak of progress within Web 2.0 when these networks are limited or even eliminated? To investigate the hypothetical effects of this ruling I took a critical look at Eduroam, the University of Groningen network, and found that I could be locked out if i did not obeyed the user regulations. This I found interesting. How is it that someone can see if I obey these regulations and what if i’m no longer able to use Internet?

Because I am not a law student I confined my research to a literature review of the outcome of BREIN versus Ziggo and XS4ALL on 11 January 2012 and the user regulations applied by the Rijks Universiteit Groningen (RUG). This led to a hypothetical picture of how these Internet regulations could affect my use of the Internet. For my theorization I used a critical Internet theory, the theory of Cory Doctorow on the war on general-purpose computing and what Bits Of Freedom, (influential civil rights movement and BREIN’s counterpart) is trying to accomplish with their Internet manifesto. Note: I did not investigate the functionality of Internet or Eduroam but comprehended the hypothetical effects these regulations have on my day-to-day use of Internet and Eduroam.

Back to the future
The development of Internet, the internet 2.0 or Web 2.0, in which everybody in theory can now know everything about everyone by social sharing on websites like Facebook, Twitter and Blogs is the reason there is now a war going on subjects like the open use of Internet, sharing and copyright infringement. The Internet is no longer a top-down device. Everyone with an Internet connection can participate. Mobile devices share apps with computers to keep information interconnected and in sync. But also the way people connect on the Internet trough hotspots in places as Universities and coffee shops has changed the use of Internet (Smartmobs 2002, Culture of Internet 1997). 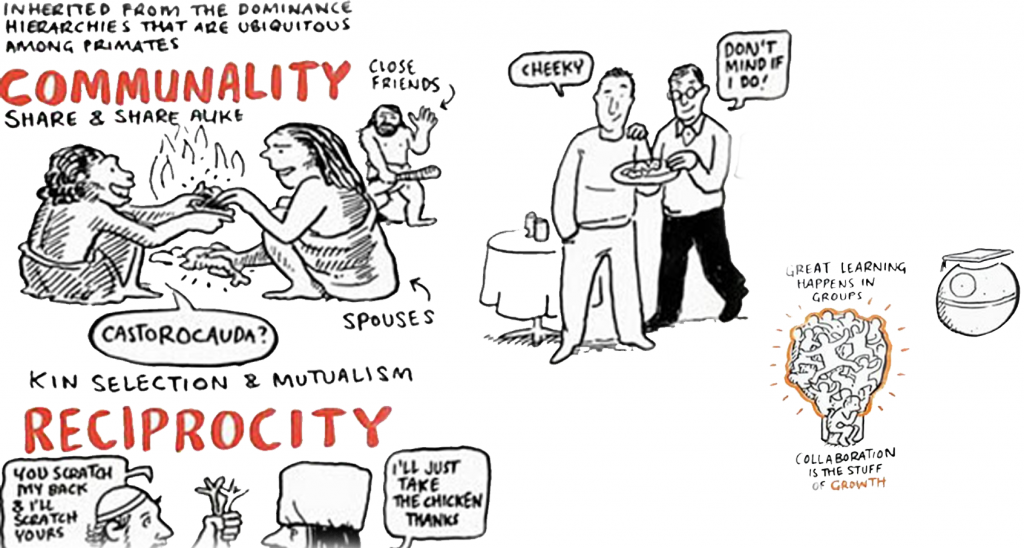 Internet is everywhere all the time. We are connected trough Wifi and /or 3G to whomever we want to be connected to. According to Friedrich Kittler there even is a media discourse in which we as humans communicate trough the use of codes. The one who makes the code has the power. On that note (with a notable leap from one to the other) we can be compared to technique and as such one could compare the theory of Kittler with the theory of  Cory Doctorow as I explain in more detail in chapter 3 of my thesis on the subject. In my thesis I decided to emphasized the importance of the theory of Kittler but to stay close to the topic of hypothetical effects of the copyright law for myself I used the theory on computation as is theorized by Cory Doctorow.

Hypothetical individual implications
We now live in 2012 where programmes that use content sharing trough open source Internet are incorporated in our every day lives. We use it on our mobiles when we take pictures and instantly send these by email; we are pinning ideas that inspire us to Facebook, Pinterest, Blogs and Twitter. To stop this, in my view, is to stop development. To control the use of Internet trough regulations and spyware is even worse. In order to function in contemporary society you have to take part in the use of computers and therefore networks. But in the nearby future if they (BREIN, the government, the system manager, third parties who install rootkits) get their way, and you are a free minded individual browsing and using the Internet – to share content or to create new developments from already existing material – in an extreme example you can get locked out of the Internet. I agree with Bits Of Freedome that you are then locked out of society. In a way, by doing this, third parties are robbing society of progress.

After a critical view on the Internet regulations on a large scale (BREIN and the Dutch Supreme Court Ruling) and on a smaller scale (Eduroam network) I find that Doctorow has made a strong argument that this new media generation should consider with the following statement:

“We haven’t lost yet, but we have to win the copyright war first if we want to keep the Internet and the PC free and open” Chaos Communication Congress in Berlin, December 2011.

Virno, Paolo. A Grammar of the Multitude. Cambridge: Semiotexte, 2004.

Online readings on the subject: