The Digitization of DJing: From Analog Vinyl Records to Time-code Systems and Video Plug-ins


“The personal and social consequences of any medium -that is, of any extension of ourselves- result from the new scale that is introduced into our affairs by each extension of ourselves, or by any new technology” (McLuhan, 1964, p.203). Thus, it becomes clear that the ongoing connections between technology and arts have been constantly transforming and incontestably shaping the latter[1]. For example, the so-called temporary or digital art, the outgrowth of this collaboration, is grounded in codes rather than images[2]. Focusing on music and the art of sound we can also observe an analog-to-digital conversion through the years in terms, not only, of production but also in terms of distribution and then listening.

Pushing the boundaries even further. The digital DJing era.

Furthermore, it is inevitable that modern technology has an equal effect on one of the pillars of music performance, the art of DJing. Audio developers and DJ hardware manufacturers like Serato, Traktor and Mixvibes (to name a few) have made some great progress over the last decade by introducing a radical -for those times- software and hardware package in the music and, more specifically, the vinyl DJ industry, which up until then was strongly committed to analog records; the time code. 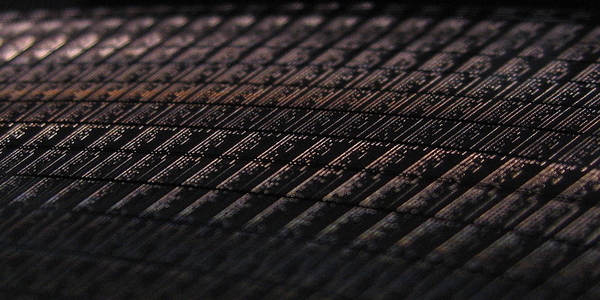 This emulation technology, which exploded onto the scene in 2001, allows DJs to manipulate physically and in real-time digital tracks and samples using a computer or laptop, (only) two pieces of time-coded vinyl, an external soundcard and, of course, a normal DJ gear (two conventional turntables and a mixer). 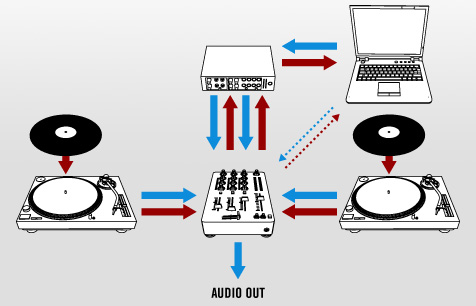 The time-coded or Digital Vinyl System (DVS) has functional effects on DJ performances is uncontroversial. One of the biggest is portability; instead of carrying heavy boxes of analog records from one booth to the next DJs are now able to swing freely with their entire digital collection and the lightweight equipment mentioned above. Moreover, this method enables every traditional and creative technique of turntablism such as scratching, beat-matching and juggling. Besides that, it creates fertile ground for innovative DJ performances like live remixing and video manipulation (in the same way as audio files) with time code vinyls! The software development is also noticeable; special broadcasting tools and add-ons including key detection, cues, loops, FX as well as visual aids, including frequency color waveforms, are available for extremely accurate DJ sets. At last but not least, advanced file managers allow instant access to history and playlists for online sharing.

Serving DJs, radio producers and record stores with new music on vinyl records for promotional use, the so-called “white labels”, is a common marketing strategy amongst the publishing companies. In addition to them, regardless if major or independent, top-name DJs also benefit from such limited test pressings, since they are able to premiere new music weeks or months prior its official release.

Not surprisingly, the digitization of DJing soon affected the demand and subsequently the production of digital promos (digital white labels), mainly due to the high cost[3] of manufacturing and distributing new music on physical media. Thus, Serato developed an online service, the Whitelabel.net, specialized in the quick and secure delivery of new music. This network uses a custom file format (.wl.mp3) which operates properly only with the appropriate equipment. Hence, such files play as a low quality preview in any MP3 player, and a high quality version strictly within Serato software. A policy that addresses the copyright and security requirements of the market and ensures that the featured music is accessible only to DJs.