The digitalisation of hobby warfare 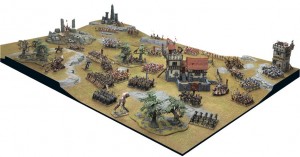 This year, hobby war gaming celebrated its 100th birthday. Created by H.G. Wells in 1913, it evolved into many different gaming systems, set in different realities. In this article I shall focus on one of the most popular tabletop battle games, Warhammer Fantasy Battle. I am not going into details about what Warhammer is, it is enough to state that it is a tactical game, very much like chess, but with element of risk management added.

From a notice board to Digital Culture 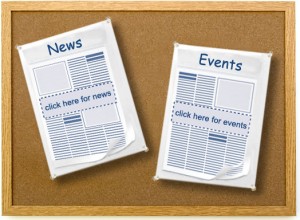 I shall briefly analyse the impact of the New Media on the practice of playing Warhammer Fantasy Battle, as well as on the development of tournament scene in Poland and more general impact on the creation of gaming community. My analysis will be based on my first-hand experience (over 8 years of gaming) and interviews with other players.

Before the advent of the Internet, Polish Warhammer scene was still developing. This is not to say it was in its infancy, albeit the flow of information between gaming communities in different cities was quite often troublesome. The gaming centres would announce tournaments on their notice boards and because of that, visiting players appeared rather rarely. Arranging friendly games was also quite challenging if players had not shared their phone numbers beforehand. The turning point came in late 2006, when a couple of players decided to centralise the Warhammer community and set up a national Warhammer forum, later to be called The Border Princes. 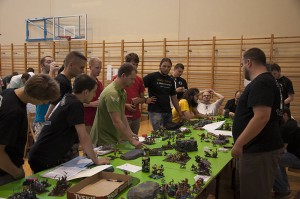 Most importantly, the advent of the Internet allowed to build a centralised, national gaming community.  The Border Princes forum became a digital ‘meeting place’ for all players, an early form of social networking site. Local tournaments had started to advertise online, what lead to the increase in number of players attending, including visiting players from all over the region.

The forum is a database of all the information players might need, from links to different painting and model ling tutorials to YouTube channels with insights into gaming aspects. Apart from allowing for the free-flow of information, tips, advice, tutorials etc., the forum is an essential tool in sustaining the excitement about the hobby; it offers easy access to like-minded people and hobby news from all over the country and the world. 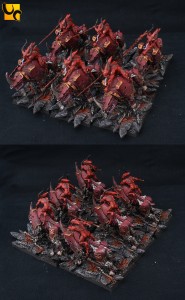 The possibility of extensive exchange of ideas and access to people all over the world through the agency of the Internet allowed for growing professionalisation of all the aspects of the hobby. 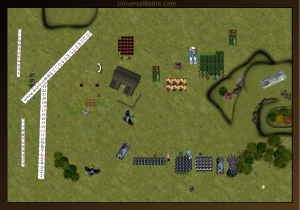 In 2012, website that allows to play Warhammer online, Universal Battle became massively popular. However, after initial boom, the popularity of this medium regressed. Although people still use it, especially those, who, for some reason cannot play ‘normally’ (family commitments, studying abroad, etc.), Universal Battle is generally regarded as a “poor substitute” of face-to-face gaming. I believe it proves that in this kind of hobby, there is a limit to how far the digitalisation can go.

One cannot underestimate the consequences of the arrival of New Media on Warhammer community in Poland. As one of my interviewees remarked : “If not for The Border Princes, we would still be playing in basements!” There is an interesting dissonance there, however. As I pointed out, war gaming underwent a radical change : the tournament scene flourished, the national community bonded and opportunities arose for professionalisation of the hobby. Although nowadays we, the players, use all sorts of digital tools to enhance our gaming experience (programs calculating probability, rulebooks in digital versions accessed using tablets), as well as advertise tournaments on Facebook and Twitter, put pictures of our models on blogs, the essence of the hobby remained unchanged : it is still all about a face-to-face game, using metal and plastic soldiers.