About Christoph Rauch
Born in Germany, I came to Amsterdam to pursue my attempt in increasing more knowledge about New Media and Media in general. Great opportunities are within digital media and I will specialize in Media Manipulations. Also much interested in the applied field, I will try to work on the business end focused on community management and online marketing. I also do compose music for different media which is all connected with computers and the opportunity more recent to compose for and with new media forms. Using media for realising compositions is only one key fact here. Go and check my music @ http://www.christoph-rauch.de

The internet as we know is a place with limitless accessibility and constant access to all shareable online information within an open exchange where media exist and co-exist in the way of informing and entertaining.

It also means to have a fast internet access to practically all data in a limitless pool. However, more recently there are tremendous undertakings to block certain ways of information known as Internet Censorship.

Internet censorship starts from protecting children from unsuitable content up to control all nation’s access to information. This post will look at the latter, whereas the basic idea behind the censorship is to restrict accessibility to support and safe artists income, protect research investments or the development of new products, protect journalists and intellectual property.
It is seen as an approach to internationally harmonize copyrights and rightly address against infringements and counterfeits, pirated copyright goods and counterfeit trademarks. 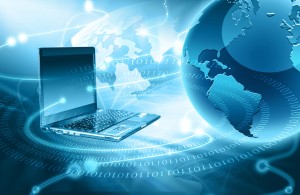 Two recent attempts by the US government, known as SOPA (Stop Online Piracy Act) and PIPA (Protect Ip Act) have failed to be inured. A new treaty was build to adhere called ACTA (Anti-Counterfeiting Trade Agreement) and will become operative as a regulator against copyright infringements all over the internet, globally.

All past and new forms of internet censorship have not been into big coverages in the mainstream media for obvious reasons. It is easier to get new treaties silently enacted by sneaking around government and citizens. Also media companies while lobbying the government, are in support of ACTA. This is seen as a big chance for media companies and corporations to finally take over control of the “free” internet and form it into something different:

Signed by Barack Obama back on October 1st, 2011, ACTA is a tool to lawfully block access to the Web pages and content ACTA identified as undesirable.

If you share copyright information or infringe copyrights on content, you will be blocked from the internet or fined; you can even be sent to prison without trial.

The only way to gather that information is to monitor all communications by scrutinizing data and personal surveillance.

ISPs, the company you pay for internet access, will be forced by law to monitor all traffic generated by users.

Objections to the treaty are obvious against freedom of speech and expression, open internet and the privacy itself. The word “counterfeiting” itself is not even applied right following the definition: Taken from the Oxford dictionary, counterfeit in its core means “a fraudulent imitation of something else…”. But the digital copy of content per se is the exact same copy. Counterfeiting do not apply to digital matters.

ACTA is an act against fundamental civil and digital rights too, the only winners are lobbies and media publishing companies who were debating the “internet problem” for a long time and were worried about their role in the future of web.
It also will open ways to suppress information by the government and will only allow governmental friendly opinions. This is known as the Chinese-style Internet censorship, but for the entire globe. Those whose authorities disagree on will be harassed or completely shut down.

Internet as we know it will be destroyed. Recent forms of the treaty from October 2012 are weakened in its range and effect, but will still remain as a turning point in digital media as we know it. In 4 February 2013, 31 states, as well as the European Union, signed the treaty. It waits ratification by all states and European consent.

Let us still hope for the best!

More about the specific points and recent updates