We Are Dread: A Review of the Dread Exhibition at De Hallen, Haarlem

About Lucy Chinen
I'm Lani Shadduck from the United States. After graduating from the University of Toronto with Bachelors in Political Science and Europe Studies, I worked as a writing covering technology and later as copyeditor for Media General. Working in the newspaper field sparked my interest in New Media and inspired me to currently my pursue a Masters in New Media and Digital Culture at the University of Amsterdam. 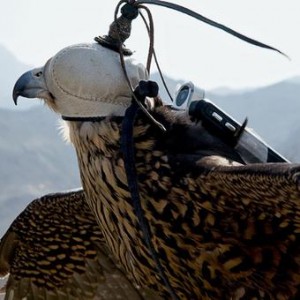 “Dread trembles in my pocket. Dread chirps incessantly. Dread flashes and bounces. Dread summons me a hundred times a day to pay attention to my phone or my laptop, and stiffening the sinews and summoning the blood to read my email, check my messages and deal with the incoming. Dread is my email, and email is my dread.”

–Ben Hammersley, The Abyss is a Tease

Consisting of a series of installations, sculpture, prints, news clippings, videos, photographs and ending in a library, Dread: Fear in the Age of Technological Acceleration is a kaleidoscope of disquietude, terror, anxiety, set against the techno-terror of past, present and the near future. De Hallen as an exhibition space is as labyrinth like with its spiral stairs, stairs leading to nowhere, catwalks, and interconnected buildings that amplify a curious uncertainty. The exhibit itself is part of a collaborative series, what curator Juha van’t Zelfde describes as an amalgamation of “music, film and discussion, a soundtrack, …book, and its aftermath.”1 It’s a multimedia affair that fulfills both physical art space along with the digital realm of Instagram, Twitter, Pinterest and blogging. 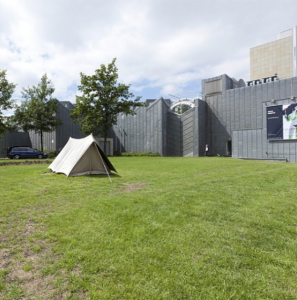 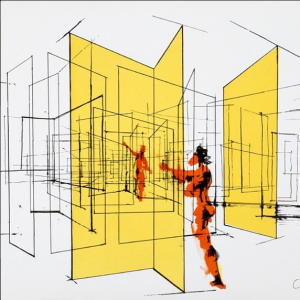 Dread extends its reach through different media and platforms, managing at once to breach the divide between the usual exhibition presentation and actual broader reaching discourse that engages and informs the viewer of the curatorial topic. What the exhibition at De Hallen accomplishes through its various media is pure dread in its many faces, be it through Gert Jan Kocken’s New York Times, Tuesday, September 11, 2001 piece, a framed print of a newspaper delivered before Flight 11 hit the North Tower, highlighting both the banality and delay of media while exuding an eerie feeling of anticipation, or James Bridle’s Dronestegram, an Instagram dedicated to aerial views of drone attack locations, or Jonas Lund’s Chrome browser extension/ exhibitionist online performance Public Access Me, a piece which is timed ever so appropriately to consider ideas of privacy and spectatorship given the recent focus on the NSA, or the nervously numbing sound piece by Mark Bain, aptly titled The Devils Gate. 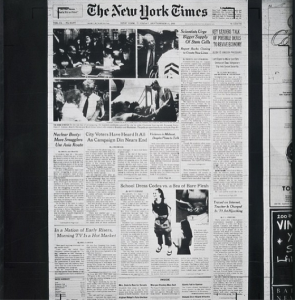 Dread is essentially a research-based exhibition. It takes as its foreground the current society of social media hype, impending doom headlines, innovation for the sake of innovation, and over sharing to emphasize its paralyzing toll, the so-called aftermath. It provides a method and shows results.The contributors are artists, writers and philosophers.The collection provides a means for the viewer to study the topic beyond the physical space of the exhibition and beyond the scope of art. The total effect is a coordinated, thoughtful study on a feeling, dread. 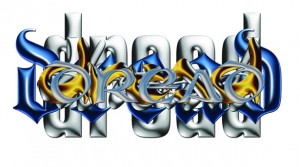 What is compelling about Dread is its complete commitment to spreading its message through the very medium that creates dread. It informs and evokes a mood. The traditional exhibition tends toward a minimalist take: a sculpture made of ambiguous materials without framework or description to inform or further engage the viewer. Perhaps there is a press release, but the scope of 700 words can be limiting. There is room to express curatorial ideas and intention beyond the press release and social media can be used as a place to do that. Dread executes this rather well distributing its exhibition materials in a way that infiltrated all the ways we are most accustomed to consuming information today, which itself can be dreadful.