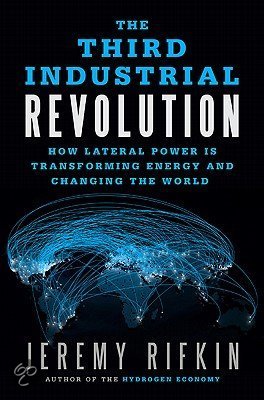 The advent of new technologies often comes paired with wild utopianism and rampant negativity – it is usually only after the hype has died down that people are starting to think about the material, environmental and ecological dimensions of these new technologies. Recently, more and more theorists have started to interrogate the relation of new media to their (material) biological surroundings. Consider, for example, Bruce Sterling’s conception of the spime; an object that, through digital technologies, would be able to map its own history and environmental impact. Or the idea of zombie media (abandoned and discarded media technologies that nevertheless still have material and environmental effects) that has recently been gaining more academic currency. Or, in their book ‘Games of Empire: Global Capitalism and Video Games’, Nick Dyer-Whitheford and Greig De Peuter’s venture into the biopolitical dimensions that underpin the global corporate video game industry. Or the cultural institution of Mediamatic that explores the possibilities of new technologies as devices that can be put in the service of sustainable ways of living. In this blog post, I would like to briefly discuss the very recent work of two theorists that have attempted to inject a more ecological/environmental dimension into the discourse on new media technologies.

‘An Inquiry into Modes of Existence’ is a project launched by anthropologist Bruno Latour and that takes the form of a printed book, but also of an online collaborative web site and platform that invites users to contribute and think along with the developments of the project. Latour’s main argument is that there exists a variety of modes of existence, each with their own particular cultural vocabularies and their own sense of verity, validity and justice; a businessman has a different notion of what is right and what is valid than, say, an independent artist. Latour’s main mission is to excavate all of these different modalities of being and to formulate the conditions for finding a common ground between all of these heterogeneous world views. Crucially, Latour combines this with a rethinking of the role nature plays in contemporary societies. According to Latour, a defining characteristic of the modern world is the dichotomization of culture and nature; for Latour, this distinction is untenable and we should look for new constitutive frameworks that would proof more fruitful in dealing with environmental and ecological issues. In specific relation to (new) technologies, Latour argues that we should strive for a more reflective way of thinking – something that is lacking in current modes of thinking: “The proof of this decline is that in the word epistemology we still hear knowledge about knowledge, whereas in the word technology, despite the efforts of Andre Leroi-Gourhan and his disciples, we fail to remember that some sort of reflection on technology lies imprisoned” (Latour 209). In short, Latour wants to reformulate the discourse on (new media) technologies in order to attain a more sustainable, reflexive and ecological fashion of thinking about the technologies we use every day.

Economist Jeremy Rifkin, in his recent work titled ‘The Third Industrial Revolution’, explores the possibilities of distributed communication technologies like the Internet (and other new developments in technology like the advent of 3d-printers) to establish a worldwide reticular web of energy flows. In Rifkin’s vision, every building could become a miniature power plant producing green energy capable of being distributed worldwide through communication and storage technologies. Establishing such a global infrastructure would potentially grant us safe passage for arriving at a “sustainable post-carbon era” and aid us in averting “catastrophic climate change” (Rifkin 6). This is what Rifkin describes as the third industrial revolution; “Transforming the global energy to renewable electricity, converting hundreds of millions of building into mini power plants, introducing hydrogen and other storage technology across the global infrastructure, rewiring the world’s power grid and power lines with digital technologies and intelligent utility networks, and revolutionizing transport with the introduction of electric plug-in and hydrogen fuel cell vehicles will necessitate high-tech, boutique planning teams working side by side with a highly skilled mass industrial workforce” (Rifkin 264).

The work of these two theorists provides a nice window into academic thinking about technology and ecology; whereas Latour is concerned more with the theoretical level (rethinking our conceptual relationship with nature and culture), Rifkin focuses on the practical side of things (providing a blueprint for a new media-driven energy network). They can be seen as symptomatic of a broader increased interest in matters of new media and bionomics. As more and more theorists start to think about the material and ecological dimensions of new media, new frameworks that can aid us in understanding (and changing) our environment will hopefully emerge.