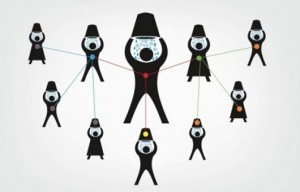 RULES OF THE GAME

Who? One or more challengers dare friends or family to pour ice water on their heads.

Where? Went viral on social media. Numerous of athletes, celebrities, politicians and ordinary people posted videos of themselves.

When? It started on July 2014 and a great variety of videos are still posted every single day.

Why? Dump a bucket of ice water on someone’s head to promote recognition of the Amyotrophic Lateral Sclerosis and encourage donation for research.

How? During a period of 24 hours participants have to complete the challenge or make a donation. Some participants do both of them.

AND THE GAME BEGINS…

NO MORE SHOW OFF

The issue that arises is why do people take advantage of everything. There is no real selfless act? Some participants in this game wear sexy underwear, others use helicopter showing their wealth, others show sweet moments of their family happiness, but we are talking about a rare disease.  I am thinking that they do not really understand the philanthropic goal of this project. Of course not all of them but a majority of them don’t understand the real goal.  On the other hand, if this project was very serious and not funny, maybe the results wouldn’t be the same. So, it is acceptable that this project is a combination of different things. In general, social media provide visibility into something but it must be really good or interesting to be widely accepted and innovative to increase the interest of the public. For example there are too many other diseases (rare and non) that already are on social media but they do not be promoted in a correct way. It is common knowledge that social media act as promotional tools and ways of advertisement. People accept and react  only to the best or the worst advertisement. The mediocrity is indifferent!!

Many people tried to send their own message via this project.  People are attending rubble bucket challenge instead of water as a means of protest against what is happening in Gaza. Also many people criticize the issue of wasting water from the western countries while some people suffer from water scarcity. And others refused to take part in the challenge because of the animal experimentation in ALS research. A plurality of different social issues is able to emerge through this ‘’weird play’’. But the main point is that everyone who attends the ice bucket challenge learns about these messages either want it or not.

Ice bucket challenge converted into a trend so fast that was inevitable be missing excesses and accidents. But this is something that always happens when the limits are exceeded. Many people were taken to the hospital and one boy 18 years old jumped into a quarry in order to comply the challenge and died. Moreover, doctors forbid it as it can cause heart attack. Even in these cases, it is acceptable that new media have entered  so deep in some people lives that can risk even their lives to be able to participate in these. Maybe is the need of individual belong to a team.

The power of the new media! If the same project took place 10-15 years ago it would have not any result. The immediacy of the ‘’game’’, the fast reactions and the capability of global viewing makes it feasible. It is understood that both sides take advantage of this project. The participants gain fame. Also, for everyone it is a way to show off the sensitive aspect of his character and his charitable consciousness. In parallel, during the challenge, Amyotrophic Lateral Sclerosis took 430,000 hits in one day while before that had an average of only 8,000 hits. That it means that before that ‘’game’’ almost no one knew about this disease. Furthermore, the ALS association had received $100,000 million from the 29th of July 2014 until the 29th of August 2014 when during the last year gained $19,400 million. Taking all the above mentioned into consideration, social media had a positive influence in a fairly sensitive topic and they rationalize on more time their practical existence.