By exploring the intersection of computing science, humanities and visual and performing art, new media is exploring its own path towards a science status. If the new media is affecting the way society behaves, we should try to understand it.

Analysing new media will implicate in exploring and questioning the changes and transformations in social and cultural processes, norms, ideas and also practices in contemporary society.

When understanding new media, we should investigate its association with technology and the relationship towards people and society. It is rather impossible to disassociate humanity and technology, as the history of human beings is intrinsically intertwined with the advent of tools and technology.

Marshall McLuhan(8) is considered to be the pioneer in media studies; he is largely associated with ‘the medium is the message‘(1) or that any type of medium installs itself within the message, creating a vital relationship by which the medium itself influences how the message is understood or   interpreted. His studies also argued that media, and therefore the new media, is ‘an extension of the human beings’ (McLuhan, 1964 : 9), as an exteriorization of some physical, social and psychological function.

If new media is an extension of the twenty first century society as a tool to understand time and space and also interact within, it is affecting the way we communicate and perceive the world.

However, Friedrich Kittler(9)(15) has pointed that media are not mere extensions of the men but it is rather autonomous and determines how society defines itself. By ‘the development of the Internet has more to do with human beings becoming a reflection of their technologies'(4); he suggested that the humans are who is adapting themselves to technology rather the other way around.

Considering that technology is a dominant force over human society is rather a dystopian interpretation of the technological era; and I believe, it takes away from human beings the freedom of control over time, space, social and cultural practices.

A different approach to new media in which humans and technology co-exist and interacts symbiotically is described by Bernard Stiegler (10)(4). He argues that the coexistence of humanity and technology is important to understand the evolution of both throughout history.

We live in a society where ‘social structures and activities are organized around electronically processed information networks'(3), which is largely becoming a trend towards the future. Human society is navigating in the direction of a society that exists surrounded by technology and information knowledge.

Life in the twenty first century is shifting quickly, and new ways of communication and interaction are always appearing; implying that we should keep ourselves updated in order to survive the global market demands.

If we consider that new media is in a constant change and innovation we could refer to it as a mass product, a form of consumerism; and therefore it could be used to represent and reproduce dominant ideology.(11) (12)

A mass consumption of a particular product can lead to isolation, segregation, stereotypes and discrimination. If society is prepared to function as a system under the concept of globalisation, those who are unable to access technology and can be left detached from the whole process and therefore being oppressed by the dominant forces.

According to the International Telecommunication Union (ITU), a specialised agency of the United Nations responsible for issues concerning global information and communication technologies, ‘Internet user penetration has reached 40% globally, 78% in developed countries and 32% in developing countries.’(14) We could imply that despite the growth rates in developing countries, the Internet as a mass consumption product is in large advantages in countries with strong economies. 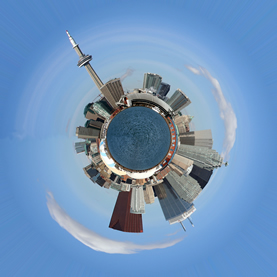 The digital era marks a new time in human history. We do not know for sure where it all will lead, what will be the new developments and how it will affect us in a long term process. We are still understanding the new technological era and its implications on society and human interaction.

However, the technological age has proven so far that we are able to adapt and change behaviours in order to instore knowledge. We, are not just adapting to the new age, but we are also being able to enjoy technology and benefitting from it, as well as evolving socially, psychologically and culturally.