Crowdsourcing for the Creative Industry

The fact that crowdsourcing affects the behavior of the online marketplace is no surprise. But what about the creative industry? Does it benefit from the new business model or the process of finding a job as a creative professional becomes even more complicated? This article aims to have a look at the pros and cons of the crowdsourcing from a freelancer’s perspective. 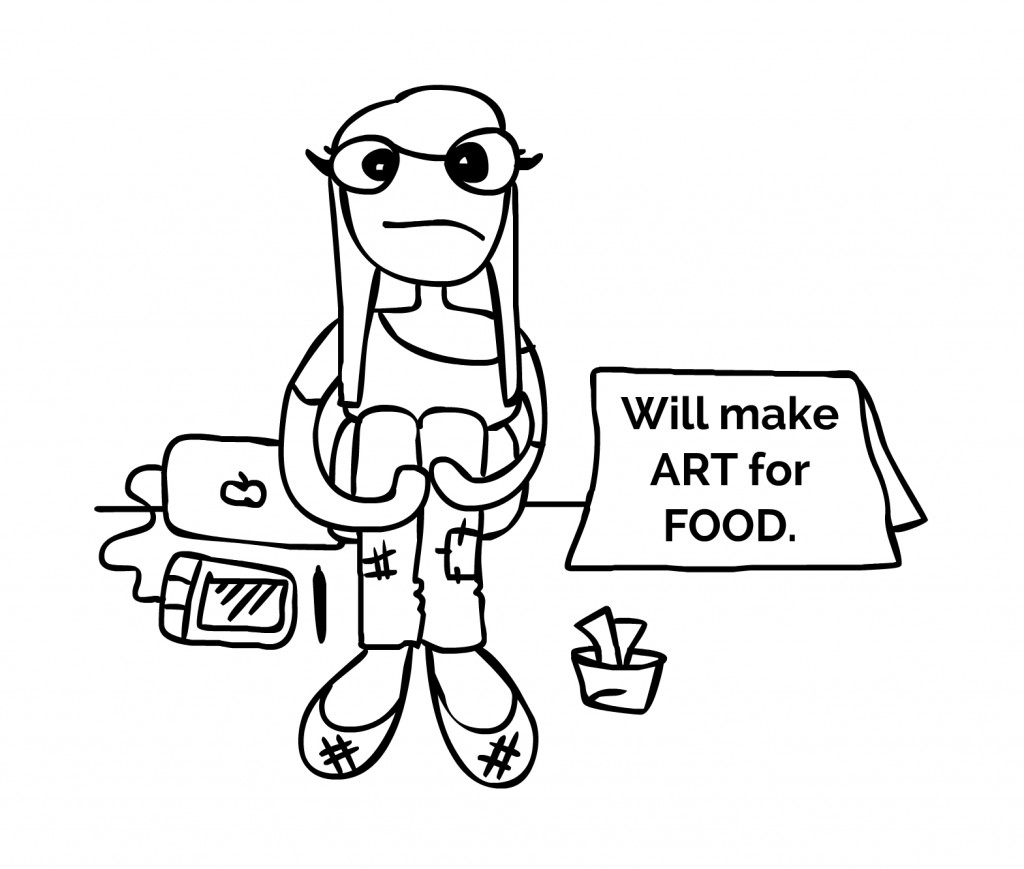 Crowdsourcing is not a new phenomenon in the online environment. It was 2006 when Jeff Howe used for the first time the term in an article for Wired magazine, defining it as “the act of taking a job traditionally performed by employees and outsourcing it to an undefined, generally large group of people in the form of an open call”. But how does it actually work for a creative project?

Platforms such as 99designs, DesignCrowd, Sribu, CrowdSpring and many more offer an easy to understand explanation. The customer fills in a brief, the designers react according to it creating the artwork, the customer chooses a winner and the lucky one gets the money.

The “power of crowd” gives the employer a wider and more diverse range of options, a better price and an almost risk free investment.

On the freelancer’s side, there are also advantages that cannot be ignored. In the first place, it is a good environment for starting out and building a portfolio. While the contest is open for anybody, the studies, experience and network are irrelevant, all that matters is the work itself. On top of this, the platform offers the connection between the creatives and the potential clients, connection that otherwise wouldn’t be possible if you don’t have already a name in the industry. Moreover, all you need to take part in is your computer and software, so people from all over the world can participate.

“The beauty of our site is that it doesn’t matter if you have a degree from the Rhode Island School of Design or if you’re a grandma in Tennessee with a bunch of free time and Adobe Illustrator,” says Michael Samson, co-founder of CrowdSpring.com, in an interview for the Forbes magazine. “If the client likes the grandma’s work better, then she’s going to get the job.”

Until now, it seems to be a win-win situation: the company gets what it was looking for and the freelancer gets exposure and cash. But what about the other creatives whom submitted a proposal and weren’t chosen? Well, the platforms mentioned above claim to have access to communities of over 876,000 designers (99designs.com), offering more than 145 concepts per project (crowdspring.com) in a record time, sometimes even under one hour (sribu.com), all these for bargain prices.

What is left unmentioned is the fact that a design product is more a work in progress, a collaboration between the designer and the client, meant to support a marketing campaign and emphasize the company’s mission, vision and values, than a competition for the “prettiest design”. Working with a professional means researching first his/her portfolio, experience, previous customers, establishing a productive relationship and building together a design product.

Moreover, the crowdsourcing for the creative projects tends to encourage the professionals to work for free and the employers to consider this normal. While the same business model would never function in other industries, it is perfectly acceptable to ask 145+ designers to present a concept for a business, bearing in mind that only one of them will get paid for the job.

What is wrong with this concept is summed up by NO!SPEC, a campaign created by a group of designers, in an effort to educate the ones in the visual industry, as well as the companies which use their services: “Aside from giving clients the impression that design doesn’t have much worth, it also penalizes the clients themselves. Through contests designers can’t undertake proper market research required by the project, and as such can’t produce the most effective outcome for the client.”

As a conclusion, promoting free labour is an unhealthy practice in itself, but it can also have repercussions on the client’s business. As Dr. Ralf Speth, the CEO of Jaguar Land Rover, mentioned at Design Summit 11, “If you think good design is expensive, you should look at the costs of bad design.”

Roet, Leander. “Book Review: Crowdsourcing, How the Power of the Crowd is Driving the Future of Business by Jeff Howe”. Masters of Media. 2011. University of Amsterdam. 7 September 2014. <https://mastersofmedia.hum.uva.nl/2011/09/18/book-review-crowdsourcing-how-the-power-of-the-crowd-is-driving-the-future-of-business-by-jeff-howe>