Approximately two months ago, another viral phenomenon started taking over the Internet: The Ice Bucket Challenge. While everybody should applaud the charitable motive behind it, I was tired of seeing foolish narcissists pouring ice water over their head and posting a video of it on the net, pretending to be all about philanthropy. Now I see things differently. 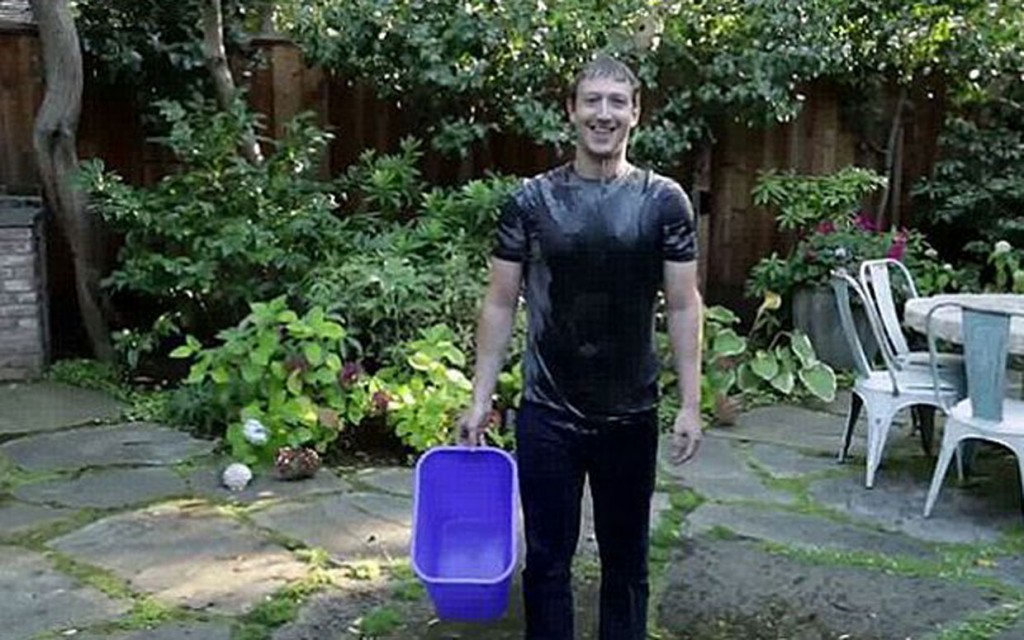 Ice Bucket Challenge? Really?! This Internet phenomenon, where people across the world pour ice water over their head, before inviting friends and family to do the same and sharing a video of it on social media platforms, was one of the most ridiculous things the Internet had to offer. I was tired of seeing so many narcissistic, egocentric idiots trying to be cool and follow a trend that I thought was going to die out within a few days. Those were my initial thoughts when this wave of awkward videos flooded the Web (no pun intended).

My views on the challenge have definitely changed by now. Yes, the Ice Bucket Challenge has been subject to a lot of criticism. Journalists have labeled the activity as “slacktivism”, arguing that people only follow the trend to expose themselves for fun instead of focusing on the real purpose at hand: donate for a cause. A writer of the Telegraph even stated that, on average, participating in a viral campaign such as the Ice Bucket Challenge is not really philanthropy, but rather media-exhibitionism and a cry for attention. I could not have agreed more. But there is something me and many other critics probably forgot: Numbers don’t lie. While people were making fools of themselves, the world got to know what amyotrophic lateral sclerosis (ALS), commonly known as Lou Gherig’s disease, is all about. 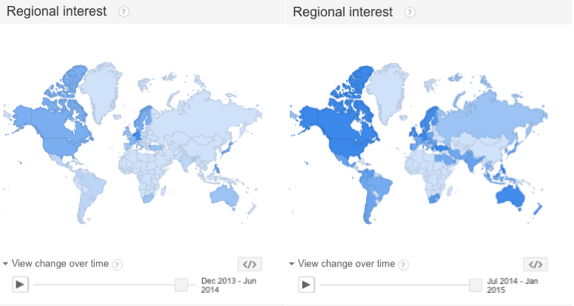 Maps showing the regional interest in the search term ALS on Google between Dec. 2013 and Jul. 2014. Source: Google Trends

I believe that this visualization gets the point across very well: Until July 2014, the interest in the search term ALS was only significantly important in the United States, as well as in the Central and Northern parts of Europe. In late July of this year, when the trend was set, the interest in ALS started spreading further around the globe, encompassing regions like Eastern Europe, South America and South Africa. In addition to that, the BBC conducted a research stating that, as of September 2nd 2014, an excess of 2.4 million ice bucket challenge-related videos were posted on Facebook, while 28 million people have uploaded, commented on or liked ice-bucket related posts. The BBC goes even further by mentioning that in the last year, only 1.662.842 people visited the ALS Wikipedia page, while it was accessed 2.717.754 times over the course of 27 days last August. And while there is even more astonishing data to be discussed,  there is one number we definitely should not forget to mention: 109.1 million Dollars. That is the amount of donations made to the ALS Association so far, money that will be used to fund global research to find treatments and a cure for the disease, according to their official website. Wow. 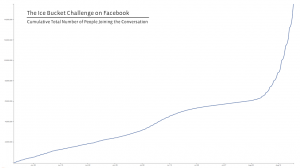 Chart showing the increase interest in joining a conversation about the Ice Bucket Challenge on Facebook. Source: Inside Facebook

I guess the Canadian scholar Barry Wellman was right, even eight years ago, when he released a study pointing out that the Internet is not destroying the sense of community, but rather adding on to it. And that is what is important in the end, right? Knowing that the world, with all of its defaults, all of the conflicts and issues it is battling day by day, is not only that one evil place, but an environment where we can count on each other, even on strangers. And to know that the Web, as the most powerful communication tool there is, can be used to promote positivity and do some good. By no means am I saying that questions such as “Why throwing water away, when water scarcity is among the main problems faced by many societies around the globe?” or “Will all of these donations really be used by the ALS association to fund research, or will the majority of it simply be spent on their roster of non-profit executives?” are not justified in some way or another. But we cannot ignore the fact that something worked here. The Ice Bucket Challenge worked.

Two decades ago, media theorist Howard Rheingold published his work about the first online communities, analyzing them in his book The Virtual Community and informing 90’s societies about their great benefits, such as their ability to make people exchange jokes, knowledge or gossip on screen…how incredible. But today, communities go far beyond that. Think about what we can achieve, with communities that are not only virtual, but, more importantly, global and more powerful than they have ever been. These communities helped us enter a new era of viral fundraising. Let us hope that more people will keep making use of digital media in order to come up with more positive ideas and make this world a better place.

Kosinski, B. (2014). #IceBucketChallenge: Why You’re Not Really Helping. Retrieved from: http://www.huffingtonpost.com/ben-kosinski/icebucketchallenge-why-yo_b_5656649.html