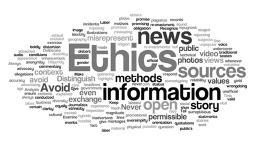 Video games have been facing various scrutiny over the years in which certain ethical issues are questioned over the production and reception of the media product. Grand Theft Auto V and its previous sequels, has faced scrutiny over the questionable game play sequences and the ethical accountability of the producers’ as well as its impact on its audience.

Grand Theft Auto V (GTA V) was released in September 2013 and along with the previous sequels of the video game, it has been targeted by many critics as a dangerous game. This is because of most the aspects of the game have been questioned over its availability to immoral activities and its productions (Rath, 2013). Moreover, it is also questionable on what the impacts are on the audiences or consumers of the game, due to its graphic content. This implications of real life situations within the game have been applauded but yet criticized over the highly abusive language, violence, racism and etc and what it entails for an individual player and how they may perceive real life.

Most video games that are produced in this manner desensitize players, not only to violence but also towards bad social habits such as smoking, drinking alcohol and taking drugs. In addition, several critics also point out that it normalizes prostitution and violence against women (Stokes, 2011). However, there is also the issue that it promotes the stereotypical roles of gangsters and mobs in society. The production of Grand Theft Auto promoted the opportunity to act on the dark side of people’s behaviors but also lets the audience experiment with their curiosity of immoral and unethical aspects of reality.

On the other hand, there are also questions that relate to what impact the producers go through towards ensuring the ethics in producing a video game. Many game developers face the issue, like many other artists of other art, in which they have the right to freedom of speech and creativity and also balancing that with the effect it may have on the consumers (Takahashi, 2014). This also shows that producers feel that their audiences are active consumers and that they are aware of the actions within a virtual reality is not the same as the real world.

Hence, consumers and produces both face ethical issues when it comes to the video game. However, although there are a lot of negative images portrayed in GTA V, consumers understand the difference between reality and fantasy. This is what is considered as fans being active consumers rather than passive. Thus, it is important to acknowledge the individual rather than the whole, when it comes to the actions some consumers may have on reality after playing a video game. Many video games are under scrutiny due to many consumers who become fans of a media product, go out in public and commit several crimes such as school shootings, vandalism etc (Sandvoss, 2005). These are all based on the different social and cultural upbringings of various individuals. Producers are also affected by critics on what content they decide to publish. Although creativity and freedom of speech are rights to every artist, producers have to take into account that they are distributing a video game that goes international and not every society will appreciate certain aspects of it due to cultural differences. Creativity should not be limited by any boundaries but when it comes to producing something as big as GTA, there is a responsibility on both parties.

It is important to acknowledge producers and consumers when it comes to criticizing certain ethical issues of a video game. As discussed, consumers act on immoral or moral judgments within the game due to their social upbringing and cultural background, because what is seen normal in one society may not be so in another. Producers face a lot of questions, but as creators it is within their right to portray or express themselves, freedom of expression.
It is understandable, that culture and society affect the way producers create an object and also the way audiences or consumers perceive it. GTA may seem controversial in some parts of the world, while in others, it may not.