The Apple Watch: Fashionable and Tangible


Images of wearable computers range from 1940s detective Dick Tracy through to Michael Knight’s 80s wrist watch. The cartoon detective’s watch, in particular, has reached iconic status in the electronics community. As perhaps one of the strips most recognizable icons, it is seen as marking an important stage in miniaturization which may have informed later smartwatches. On September 9, Apple’s CEO Tim Cook announced the Apple Watch. With its various new feautures and input technologies – such as digital touch communication – as well as the array of customizable designs, the Apple Watch marks yet another stage in wearable technology.

Although smartwatches are nothing new, the interior as well as its exterior are constantly changing. The Apple Watch opens up new ways to communicate, it potentially makes you healthier by tracking your steps and pulse rate, you can pay with it and, not unimportant, it tells the time. At least, if you already have an iPhone for it is not a standalone device. However, the Watch is also meant to look pretty. It is a matter of taste whether or not you like the design(s). Apple’s Watch offers three collections that each feauture two sizes (38mm and 42mm) which ultimately results in 34 individual models. It is sleeker and less bulkier than its competitors. Over the years, there have been many concerns if anyone would actually want a smartwatch. A major problem for wearable devices is that the majority of people do not want to look like Michael Knight:

The problem that faces those searching for commercial applications for wearable computers is where technology crosses the bounds of social acceptability and fashion. People will wear Bluetooth headsets, but they seem more prevalent in Munich and Stockholm than they do in London. (Edwards, IEE Review, 24)

Wearable technology has become an extension of the human body, but this extension should not make us look odd. Steve Mann observed that people found the combination of human and machine bizarre. On the right, we see Mann in 1996 with his wearable multimedia computer that, like the Apple Watch, senses his heart rate and includes a miniature screen and Internet connection. In the course of these 18 years since Mann’s 1996 experiment, wearable technology has become significantly smaller and lighter to the point that it becomes related to fashion, rather than computer science. Wearables have to be in line with social aesthetic norms in order to overcome the challenge of integrating technology and beauty (which is, of course, in the eye of the beholder). This integration is important in answering consumer wants and needs.

Moreover, the Apple Watch has the potential to provide a very intimate form of interaction with the wearer as it allows digital touch. The touch aspect combines technology and tactility which is essential because contemporary use of computers and screens makes people crave a sense of touch, according to trend forecaster Li Edelkoort at Dezeen Live. “The more screens we have the more our fingers are afraid we’re going to disappear,” Edelkoort said in 2012. “I feel it already in my fingers that they want me to touch lots of things so I don’t loose contact with touch” (Dezeen Magazine). Her prediction on the increasing importance of touch could not be more apt. 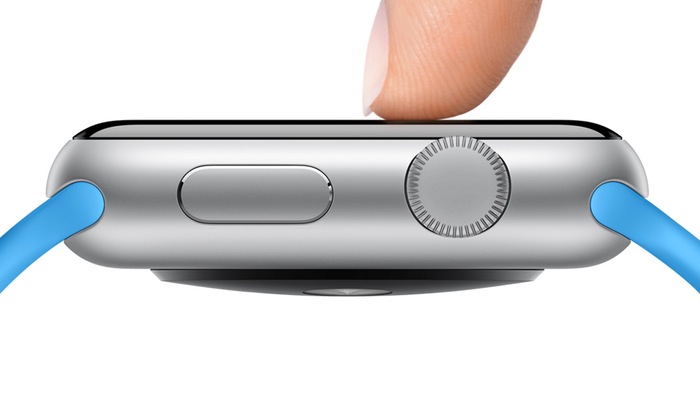 Apple has developed a new way of connecting instantly and intimately with others. As well as sensing touch, the Watch also senses force. Wearers are able to tap each other, share a quick sketch or their heartbeat. These subtle ways of communicating allow data to become tangible which is something technology often inhibits rather than enables. Converting intangible digital data to tangible – users actually feel the taps on their wrists – provides a new kind of communication. While digital touch encourages communication without words, sharing something as personal as your own heartbeat or gently tapping your SO who’s at the other end of the world is perhaps even more intimate.

The Apple Watch will be released early next year.