Should we keep our emojis in check? Emojli doesn’t think so


On August 29th, London-based app developers Matt Gray and Tom Scott released an application that could possibly redefine the way we communicate through our digital devices forever: Emojli, a social network, where users can only communicate by using emoticons, or emojis. Linguists might panic, considering Emojli to be detrimental to written language, but the app should rather be seen as a tool that could not only revolutionize communication, but even enhance brain activity.

While emoticons and emojis initially serve the same purpose (they basically belong to the same “family”), emojis go beyond the pictographic representation of facial expression, by including images of other things such as animals, weather or activities. But using emojis as an exclusive means of communication? What must seem like a joke to many people is actually quite real – the creators have stated to be absolutely serious about it.

How the app works

The app in itself is quite simple to handle: Once you have downloaded it on your mobile device, you are asked to fill in a username (by only using emojis of course), your email address and a password. You can then type in emoji-names of friends in the search bar, in order to add and communicate with them. Communicating via emojis is, as most people will experience, a rather difficult task, since the app does not allow typed words, but only images to convey ideas. 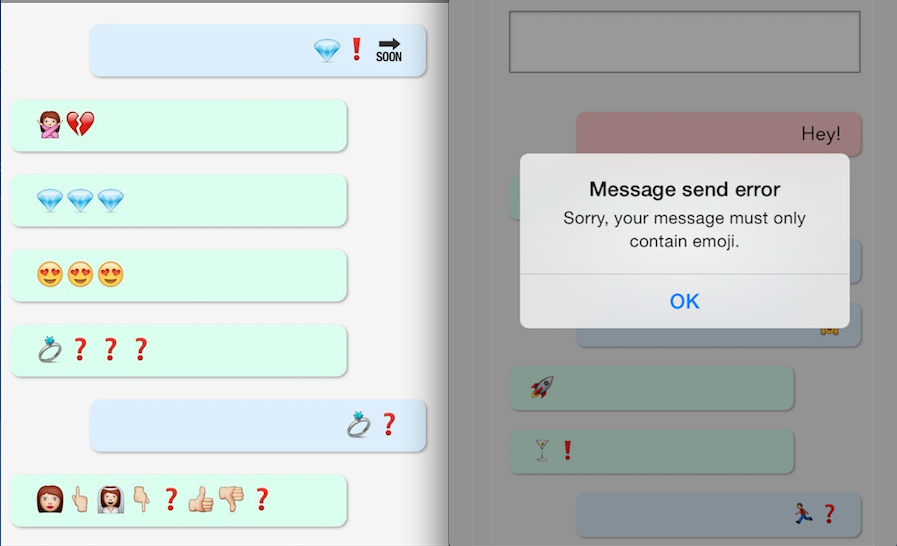 Emojli lets you communicate via emojis, by making the use of written words impossible. Source: Mashable / Miles Zornig

But that definitely did not stop some people from (partially) saying goodbye to words: According to Emojlis official Twitter page, 70.000 people reserved their Emojli username before the app was even released. Social networkers have become emoji-hungry, which can easily be substantiated by observing platforms such as Emojitracker, a website that tracks the realtime-use of emojis on Twitter, or by looking at statistical data. 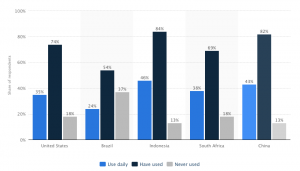 Emoji usage in mobile messaging-apps as of November 2013. Source: Statista

Emojli: Dumbing us down or revolutionizing communication?

The German philosopher Jürgen Habermas argued that language is best thought of as a medium of understanding (McNay 62). But can the mere use of emojis in communication be considered an exchange of language that assures the conveyance of meaning? Time will tell, as Emojli is a new application that still needs to undergo a more thorough analysis. What can already be mentioned here though, is an interview, where the linguist John McWhorter argued that, from a purely linguistic point of view, you cannot communicate by only using emojis, because “[…] you have to know what you’re talking about, what happened, when, and so on […]“, which are details emojis cannot directly transmit. The skepticism towards the use of emojis goes even further, with scholars arguing that the kind of communication Emojli-users engage in could possibly lead to the atrophy of written language, as Germany’s international broadcaster “Neue Deutsche Welle” argued in one of their publications.

I would like to take a different approach and argue that Emojli adds something fresh and fun to the ever-developing world of digital media. Emojis have added value to our digital culture and the use of a network like Emojli could introduce us to yet another form of communication. The scholar Tyler Schnoebelen takes a similar position by telling Time Magazine that we were “[…] dry in terms of the cues we get to use to signal exactly what we mean, to give nuance to the meaning […]” and that “[…] emoticons and emoji provide this nice shorthand […]”. In addition, Ptaszynski et al. discussed a study that documented how well emojis conveyed emotions, thus arguing how important they were for communication nowadays (Ptaszynski et al. 1160), while research conducted by the author Stefan Rosenträger indicated that emojis and emoticons were a normal result of the acceleration of communication that developed over the last decade (Rosenträger 6).

In other words, Emojis have not only found a fan-base, they have also proved to be very handy when it comes to communicating with others. Furthermore, researchers published a study in the journal Social Neuroscience, indicating that the exchange of emojis and emoticons produced a new pattern of brain activity, in order to decode this new “language”. The study points out that our brains have already been conditioned to decode emoji-language.  So why not adapt it? Why not try to enhance creativity and brain-activity by communicating via apps like Emojli? Seems like a pretty fun task to me. You should try it too