Seven of the biggest IT companies are collaborating to createa new format for Ultra High Definition (UHD) video.This collaboration is called Alliance for Open Media and includes companies such as Google, Netflix and Microsoft. There’s also an open invitation for any interested parties, one of which is Apple (Dove). Apple however doesn’t rely on the royalty-demanding format (see below) and thus hasless reason to join the alliance (Finley).
The alliance is creating an open, royalty-free format meant to serve the public interest (Davis). This has been announced in the beginning of September, just a few months after royalty demands were made for what was to be the go-to next-gen UHD format (Statt). Since UHD video is supposed to be the next big thing, a change of format by some (if not most) of the biggest IT companies, is a hugely influential event.

By the Old Formats and the New 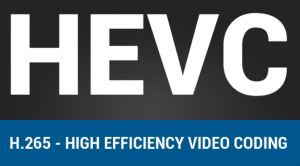 HEVC Advanced is threatening to demand royalties for their new format, called H.265, which allows streamingvideos with better quality (UHD) for less bandwidth. Their old standard, H.264, is widely used around the web and doesn’t demand royalties for video content streaming and has capped the costs for a streaming license, regardless of revenue generated. Since some techniques are patented, patent holders such as Samsung and Apple also get a share of the pie.
There are some reasons the alliance was formed, one legal, the others financial. The first reason is the fact that the old format is patented, making it illegal for companies to alter it to their preferences. More importantly, the new royalty scheme demands 0.5% of the revenue generated by using the format. They also don’t cap the license costs, which for Netflix used to be a relatively small $6,5M (Bright, Derail Video Streaming), when compared to a 226M profit and 5,5B revenue in 2014 (Wikipedia). Some of the companies in the alliance had already started creating UHD video formats and have now come together to join hands (Bright, Royalty-Free Codecs).

A song of Protocols and F/OSS
The forming of an alliance by these companies for the sake of developing an open format relates to two debates. The first being about protocol and the second about Free/Open Source Software (F/OSS).
Protocols are technical specifications, such as formats, over which several parties have to agree. By agreeing to use a specific protocol and implementing it, a form of control over the internet is being exercised (Galloway, 7-8). By adopting a protocol it’s only possible to perform specific actions via that specific protocol. What this means is, that if an important part of the internet agrees over a certain protocol, other parts of the internet will need to adopt it as well in order to be able to communicate with that part to perform that specific action.
If a specific protocol is patented, its owner(s) may demand royalties, as is the case with H.265. F/OSS on the other hand doesn’t demand royalties and allows the software to be altered. The debate here is about how free or open such a protocol actually is and how much use it can have. As it is only useful if it is widely adopted, otherwise more widely adopted formats will gain dominance over less popular ones. This makes the circle round because here we come back to the question of power and control. If some of the biggest companies adopt a format, there is little room for others to grow, even if they might be better.
For example, let’s say there’s a website and the webmaster wants to put a YouTube video on it, he can only do so if he accept the format YouTube is using. Obviously he could use another video hosting site, but because YouTube is by far the biggest one, it will most likely not be a viable option for a lot webmasters. This way YouTube is exercising power over webmasters through its use of format.
You might say: “Why should I care, as long as I’m able to stream videos, I don’t care what format is being used!” I’m not saying that there’s anything wrong with it, all these companies combined will surely come up with an outstanding format. But what I am saying, is that we should be critical of companies exercising control over the internet. As it is, or should be, a public good and not something controlled by the top of the private IT sector. I’d like to close by putting things in perspective. Even though we must stay critical, control over the internet is rather unstable, as we have seen the rise and fall of formats, platforms and companies time and time again. For example, think of anything from dial-up internet access to Myspace.