Cats are everywhere. They are on the streets, in our houses, our social media feeds, in magazines and Purrcast, YouTube videos, festivals and even on clothing. If you haven’t noticed, cats are a very popular part of internet culture for a few years now. The history of human feline friendship started 10,000 years ago in West Asia where they were valued for their ability to rid areas of rodents. Slowly, wildcats became this cute little domesticated pet that we have in our homes. However, our generation is not the first to adore and be touched by the irresistible cuteness of felines. In the 1870s, British photographer Harry Pointer started creating little postcards by photographing his cats in various funny and unusual (for cats) poses with short written captions.

Modern technology and growing cat popularity plus the well-known Japanese love of cute things allowed them to create an interactive map with a cat street view. The website gives one a chance to explore Onomichi from a cat’s eye perspective and is created to benefit tourism. The cat theme is not used without purpose as this town is famous for its large number of stray cats and a museum which is dedicated to a statue of a lucky cat called Maneki-neko (Cullers,2015). While exploring the map, you can follow the “Path of Cats” and be entertained by cats meandering about. This interactive virtual and augmented reality map allows you to wander around three streets of Onomichi as a cat, with more streets promised in the future (Hongo,2015). You can visit and get information about local stores, cafes and enjoy scenic views of the local sightseeing points. Further you can meet several local cats which you can get to know better by clicking on the icon above their heads. Unfortunately, all information about locations and cats is currently provided only in Japanese. The entire walk is accompanied by street noises, meowing and purring. To create this map, the Hiroshima prefecture, used the 360-degree cameras that are used for Google Maps Street View (Hongo,2015).

Starting from ancient times, cats played an important role in human lives and history. It is a well-known fact that ancient Egyptians worshipped felines and immortalized them through their sculpture, art and religion. One of the ancient Egyptian goddess was presented as a cat or a woman with cat’s head – Bastet (Mark,2012). Felines are also mentioned in two great Indian eposes “The Mahabharata” and “The Ramayana” which are dated to the 5th-4th century BCE (Mark,2012). There are many more historic examples of cats playing a great part in different cultures and societies throughout the centuries. Therefore, it can be traced and seen that felines already have had a pervasive role in society, culture and the current media long before the Internet appeared. With the growing role of internet media it just became faster and easier for humans to share their love and adoration for cats. 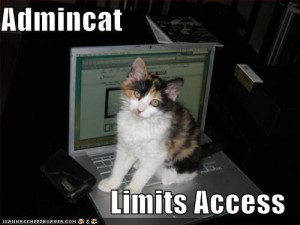 The popularity of cats comes from their unpredictability and that they are being captured fortuitously, while dogs are aware of being photographed often looking straight into the camera and exhibit predictable behaviors such as fetching or looking straight into the camera (O’Meara, 2014). O’Meara states that the main tool of cuteness is the cats’ lack of self-consciousness. Most of the videos are shot spontaneously without any preparation or staging. This brings simplicity to cat videos and offers a “moment of spectacle, which thrills the modern viewer” (O’Meara,2014), making them more attractive than dog videos. Cat videos “evoke the visual pleasures of the ordinary, and turn the commonplace into the spectacular” and “they’re short, they communicate a commitment to recording “live” events, they are mostly shot by “amateurs” with access to emerging technologies, and they dramatize the familiar” (Shafer,2012). They are not aware that they are being watched or recorded which makes their foolish actions more exciting for us as spectators. This enjoyment of cat foolishness is strengthened by our knowledge of cats’ normal daily behavior. We all know that sometimes cats behave badly when they scratch, fight, hiss etc. and do what they want. Thus, maybe, we just enjoy watching their humiliation? As Matt Smith, director of strategy at The Viral Factory, said in his comment to the Mashable article “Cats are the perfect vehicle for Internet humor because they are cute and very self-possessed, but also rather arrogant and pompous,” says Smith. “Since there is nothing the web loves more than puncturing pomposity, they are a great target because they can easily be made to look foolish” (Elliott,2010).

In this blog post we established that cats are cute with their pretentious foolishness which brings them into awkward situations that we just need to capture. Also, the long history of the human-feline relationship across culture and time periods has further strengthened our deep-seated love for them. Finally, the Japanese are well-known for their affection for felines, incorporating them into their legends (Mark,2012). This is why, Cat Street Map View, is a good representation of the cultural values of the country and a great marketing move to bring more tourists into the town. In one word, it’s purrfection.

Shafer, Leah. “I Can Haz an Internet Aesthetic?!? LOLCats and the Digital Marketplace.” NEPCA, 2012. http://fisherpub.sjfc.edu/cgi/viewcontent.cgi?article=1094&context=nepca