This is for your “real friends” 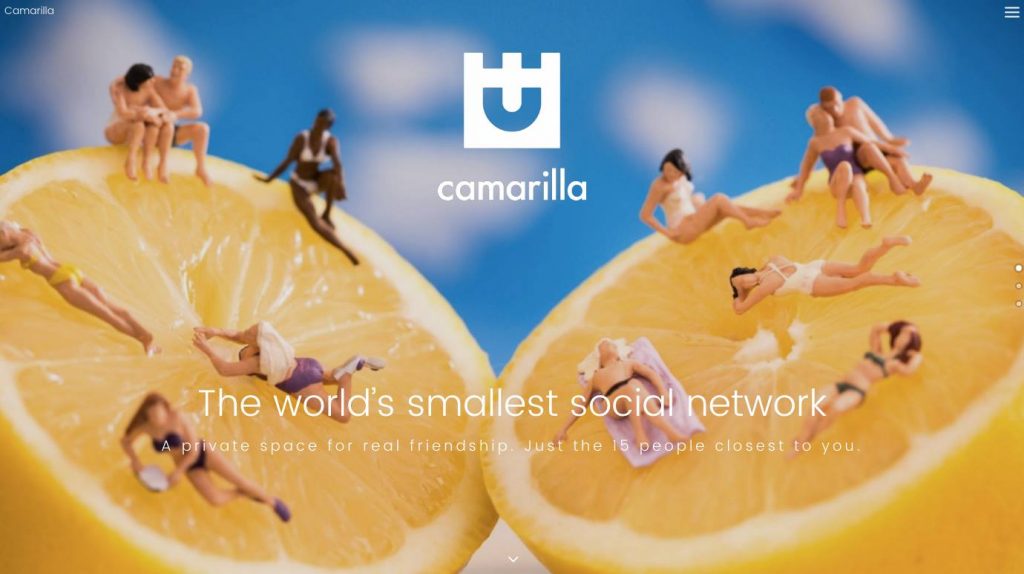 Tired of having to deal with that many people on Facebook, Instagram, Snapchat and what more? Enter Camarilla, it’s a social media app that will allow you to have up to fifteen connections. You might think “Only fifteen?! That’s not enough!”, but apparently this is based on a theory of Robin Dunbar that states that you can only have fifteen stable, social relationships (siliconcanals.nl). There has been an app that has been using this theory for creating a certain social network, and that was Path. But when life got tough on Path they bailed on their own rule of only having fifteen contacts and started to allow 50 contacts and later on even 150 contacts (techcrunch).

So a maximum of fifteen contacts is set by Camarilla and actually the only thing you can do is share pictures. That’s of course something we have seen before, but you share the picture now with your contacts and everything that they reply is for your eyes only. So nobody sees who your contacts are and every chat and reply is only amongst the two of you. At the same time one of your other friends can also respond to a picture you shared, but again only you will see that message. Even though the replies to one of your pictures are grouped together in the app as you can see below. At first it seems like every comment is visible to all of your contacts, but apparently that isn’t the case. According to the creators of the app it should be a more genuine way of having relationships via social media and in this way they want to “make social media social again” (getcammarilla.com). 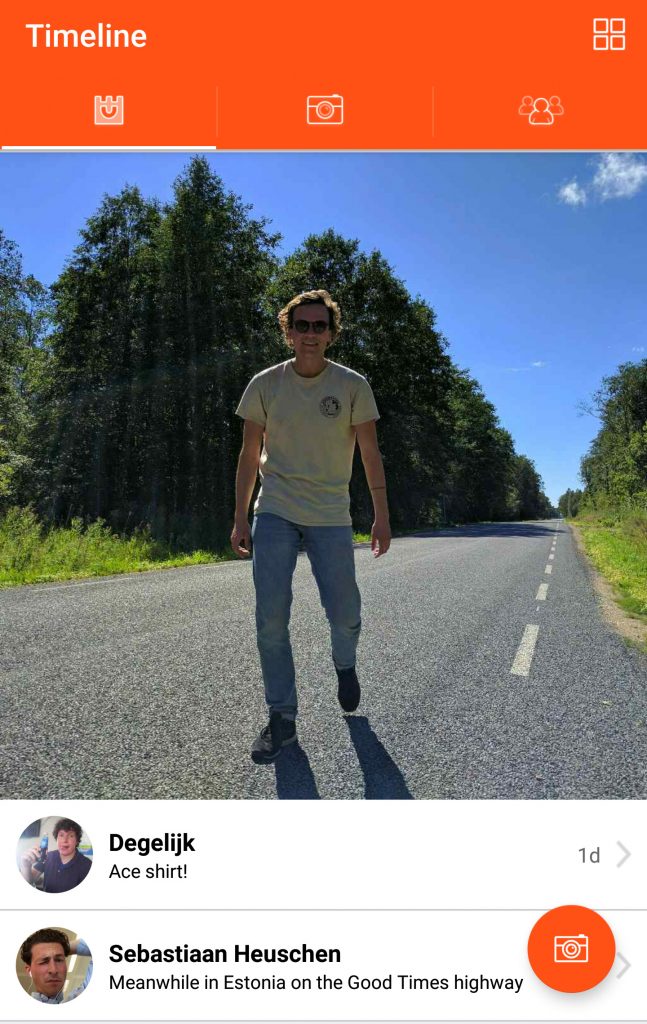 I have been using this app for about a week now and I really liked the idea of having a small group for sharing some events in my life. Stories and events that I don’t want to share on for example Facebook, since I don’t want to inform each and everyone about my adventures in life. For now I had four friends that installed the app and I started sharing some pictures showing where I was and what I was up to. And this can be me not being a real social media kind of guy, or everything that I can put online in this app can also be shared with people via Whatsapp or Snapchat, although I have never used the latter. Also the app doesn’t work as intuitive or fluid as you might wish for, for example while being in a chat I experienced problems with clicking send, because the share a new picture button was covering the send button. Little bugs like this make clear that the app still needs some streamlining, but I actually really think the concept still stands. There will be a certain development to people using social media in more private ways than before and these users will like the idea of having less contacts. My problem with this is that I believe people should be triggered by the app to have less contacts instead of being forced within a certain­ number of contacts.

That’s why I want to use the concepts nudge as introduced by Richard H. Thaler and Cass R. Sunstein and power as explained by Michel Foucault. To begin with the latter, we’re all familiar with the word power and most of times we seem to understand it as something negative or to connect it to something that decides what is forbidden. According to Foucault this is essentially something what says “you must not”, but according to him this conception of power is to formal and insufficient (154). He proposes a different view on power that’s more positive as you will, a conception that thinks of power as a way to reach for better performance and better productivity (Foucault 157). This goal could only be reached by having on organizational structure that ensures to oversee a complete process and workflow. In the case of Camarilla the creators of the app should make sure to gather useful user-information and to use that data and power to indulge users in a way that they want to have fewer friends by their own choice. This is where the concept of nudge can be introduced. According to Thaler and Sunstein “to nudge is to push mildly or poke gently in the ribs” (4). I would like to use this concept to extend on the concept of power, users can be guided into directions where an app creator believes a more interesting media experience is waiting for them.

I believe Camarilla can be designed in such a fashion that a fixed maximum of fifteen contacts is not necessary at all. If the app creators try to be choice architects they can guide users into having and maintaining a smaller social network via Camarilla (Thaler and Sunstein 3). And this is where the true magic can happen, a social media app that is used to have this intimate setting that lacks on other platforms.