Technology is weaving its way into our lives


A new generation jacket by Levi’s and Google

This spring, fashion brand Levi’s will launch a new jacket called the LEVI’s Commuter x Jacquard by Google. At first glance it might not look like anything more than a normal jean jacket but that might actually be the interesting thing because, while this jacket doesn’t look very high-tech, it allows you to control your smartphone without actually touching your phone. 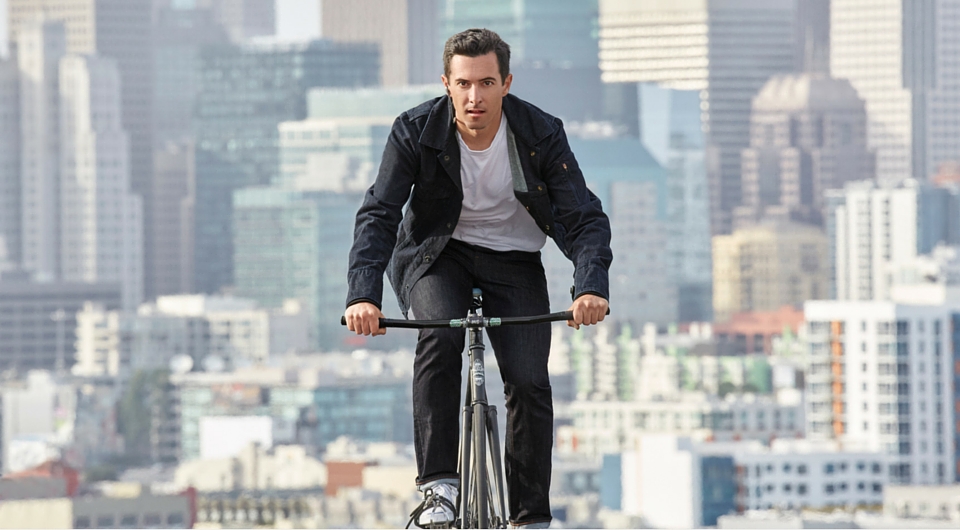 The new Levi’s  jacket is made with an interactive fabric from Project Jacquard by Google Advanced Technological and Project (ATAP). Project Jacquard makes it possible to weave touch and gesture interactivity at precise locations on the textile, anywhere on the textile. This technology makes it possible to transform any type of fabric that we use to wear and to sit and to sleep on, into something that can communicate with our devices. 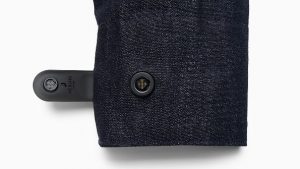 The collaboration of Google and Levi’s, isn’t the first piece of wearable technology but former products used to look like you were in fact wearing technology. Google ATAP found a way to make the technology invisible or actually, almost invisible. The LEVI’s Commuter x Jacquard by Google looks like it is made from normal fabric but when you inspect the jacket more closely, you will notice a slight error in the weaving and a small black strap partially wrapped around the cuff. This is where the technology is still visible. Paul Dillinger, VP of global product innovation at Levi’s and Dr. Ivan Poupyrev, technical program lead at Google’s ATAP, knew the jacket wouldn’t been taken seriously as an fashion item if it had for instance a cable coming with it. So the black strap houses an USB connector in order of the jacket to be charged (roughly every few days). The button on the strap has a haptic motor in it for vibration feedback and a subtle LED light to help the user on their travels. In order to wash it, you would just have to remove the black tag. The rest of the electronic jacket is completely washable (Rachel Arthur – Forbes)

The jacket is specifically designed for the needs of the urban cyclist. Users can tap, swipe or hold on the left cuff on the sleeve to fulfill simple task like assessing Spotify to change the music track, accessing navigation (delivered by voice) or finding a nearby place to get a coffee. The electronic cuff connects to your phone via Bluetooth and user can set their own preferences in the accompanying app. 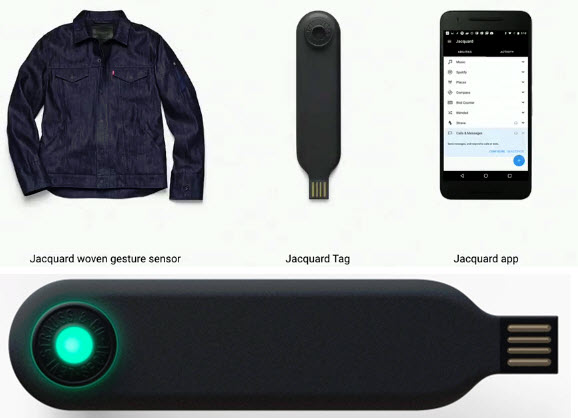 Andy Boxall states that technology has been weaving itself into our clothes for decades, but that the connection is getting stronger. Wearable technology was never meant to stop at a smart watch or a fitness band and with conductive yarns, the true wearable tech is only now getting stitched together. (Boxall). Paul Dillinger, VP of global product innovation at Levi’s, even predicts that these conductive yarns are the future of our new media. In the future the devices that we have held in our hand over the past few years may disappear due to conductive yarns.

“More and more, the objects that surround us will be digitally enabled and connected. As the pace of digital deployment accelerates and nearly anything can be digitally enabled, we’ll become less and less reliant on these special gadgets, like smartphones, that are responsible for the entirety of our digital lives. I like to say: Once everything can do something, nothing will have to do everything.” – Dillinger in DigtalTrends

Over the last two decades new media artefacts have made a major transformation. They developed from bulky, expensive and difficult to handle machines to tiny interactive gadgets (Deuze 85). Media are gradually disappearing from our view. Our devices got smaller over time and with the invention of e-fabrics, they might become invisible at all. Computer scientist Mark Weiser states: “that the highest ideal of computer designers would be to make computers so embedded, so fitting, so natural, that we use it without even thinking about it. (Weiser) The new Levi’s x Jacquard jacket makes our use of technology seamless: you can get directions with just a swipe on your sleeve. As e-fabrics emerge, media technologies are getting more and more embedded in our life.  Communication scientist Mark Deuze notes in his book Media Life that when our use of media become seamless, when our disbelief in their limitations is suspended, the horizon of our experience can’t be separated from media anymore. (Deuze 62) It is hard to tell where media end and life begins. This inseperability has a darkside because as technologies are weaving their way into the fabric of our lives, we tend to forget to question them. It is only when they break, that we become aware. (Van den Boomen 253).

Might e-fabrics be the next stage of media weaving a way into our lives? Will future couch potatoes be able to switch series and set the volume with their couch or will humanity stay true to their handheld devices?