YouTube influencers have become increasingly important to businesses in the last few years. Viewers are turning to them to know what’s hot and what’s not. But, “with great power comes great responsibility” and online influencers should take this into consideration. This is especially important when reviewing products that come from businesses with dubious practices, such as Multi-Level Marketing.

MLM’s and You: What You Need to Know

Multi-Level Marketing, also known as Network Marketing has skyrocketed in the last years with 1 in 6 households in the United States currently part of one (Direct Selling Fact Sheet). This form of marketing is a “system for selling goods and services through a network of distributors” (Ward, 2016). This system also involves recruiting others to join the MLM, under you. The following image illustrates how this works.

But, not only do they promise a profitable business venture, they also guarantee it is “an opportunity, a lifestyle, a dream” (Chapman). They tout that being part of an MLM is about being successful and independent, emphasizing the importance of being your own boss, working your own hours.

These are the promises made, but there are ethical concerns regarding MLM’s. The main controversy related to form of business is that it is actually another way of saying pyramid scheme. People are expected to invest their time and money into an opportunity that will most likely lose them both (Koehn, 154). The main difference between a pyramid scheme and an MLM is the fact that an MLM has a product or service it sells, although the main source of profit comes from letting others join. This is a double-edged sword. At a certain point, there will reach a moment where recruitment “dips or dries up” Krige (70). Moreover, by encouraging many others to join, the market becomes saturated. With so many households involved it becomes mathematically impossible for the majority of them to actually make any profit.

MLM’s are increasingly using social media and online resources to sell their products as well as gain members to gain the farthest reach possible, while taking advantage of their own social relationships (Perry). Through private Facebook groups, direct messaging, and video reviews, people selling MLM products are now using online resources to create the most sales. Thus, the rise in online influencers reviewing these products is important for sellers as it creates shareable content that legitimizes their business.

From Hobby to Full-Time Job

Online influencers have rapidly become more important to companies from the moment advertisers started focusing on the benefits of User Generated Content over paid advertising. This is especially relevant for lifestyle and beauty brands (Monllos). YouTube is a particularly important platform for this type of content.

Since it became profitable to be a YouTuber (Edwards), the approach to YouTube videos has changed, especially in the beauty community. What began as a hobby for many “Beauty Gurus” is now a profitable job. People no longer film on their laptop in their bedroom, but buy high quality cameras and create whole spaces in their houses to film content. Advertisers are taking advantage that online influencers are considered to have a high level of trust with their followers and are using this to their advantage (“A New Marketing Royalty: Why Digital Influencers Are On The Rise”). This has led to the current relationship between beauty and lifestyle companies and beauty influencers. Sponsorships between big beauty brands and YouTubers, as well as collaborations are now the new norm. As Kim (54-55) has put it, YouTube is “a stepping stone to mainstream media” and businesses are aware of this.

Therefore, as the opinion of beauty influencers becomes more important for both businesses and consumers, beauty gurus should also think about what effect their content has on their viewers. A first step would be to take into account the businesses they portray on their channel. 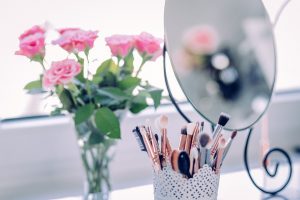 Image 2. Beauty gurus curate their workspaces to look as professional as possible.

The Lipstick That Lasts 18 Hours

While beauty MLM’s have existed for decades (Avon and Marie Kay have existed since the 80s), there has been a recent surge in reviews on certain brands by beauty influencers on YouTube. Brands such as Younique and SeneGence are becoming increasingly popular to review. In the last 3 months, SeneGence’s LipSense has seen an increase in reviews, with many testing its claim to last up to 18 hours. 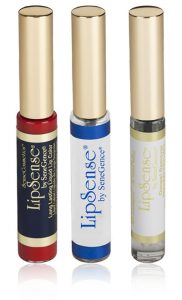 Image 3. The LipSense starter trio sold to consumers. Retails at $55.

Three influencers in particular caused this influx of new reviews: Safiya Nygard, Tati Westbrook, and Thrift Thick. While these beauty gurus have very different audiences all three tested this lipstick. Safiya Nygard is an ex-Buzzfeed employee who left to start her own channel. She quickly gained popularity for posting a blend of beauty and fashion videos. Her videos tend to be targeted towards casual beauty fans and she is a self-described “lipstick fiend”. Her Lipsense review gained over 3 million views.

Tati Westbrook (also known as “Glam Life Guru”) has 3.2 million subscribers and her LipSense review garnered almost a million views. Her audience is more mature and deeply interested in makeup and she calls herself the “makeup investigator”.

Lastly, Thrift Thick has the least amount of subscribers and views. But, she has a more intimate relationship with her subscribers, acting as a friendly guide, rather than a guru.

Although all three reviews were not glowing, they were also not overly critical. Out of the three reviews, the two most popular ones failed to mention the MLM nature of the company. Leaving out this information is misinforming online viewers since it does not give a full scope of what these company’s marketing practices are. Although Thrift Thick does acknowledge this, she refuses to add any additional opinion, simply stating, “I don’t know enough about MLM’s to be able to speak on them, I’m sorry”. But, all three YouTubers present themselves as a voice of authority by reviewing these products. Thus their job is not only to entertain but also to inform. The question remains whether it should be their responsibility to also share this type of information with their viewers.

All Publicity Is Good Publicity

There is a reason beauty influencers choose products such as LipSense, LuLaRoe or Younique to review. These brands are considered controversial and controversy drives views. YouTube beauty gurus depend on views to gain more money – the more views, the more money they make. Many times, beauty influencers will consciously review items that are new, bizarre, or controversial because they know that these types of products will attract viewers.

The main reason these brands are considered controversial are due to their association with the MLM business model. MLM products, regardless of the dubitable practices of the business, are characterized by their high prices, yet low quality. Many people shilling these products are selling them with the promise that they are great quality. LipSense sellers will even claim that LipSense is the product of choice on Broadway due to its pigment and durability, even though these claims are false (Perry). This gap between the expectations built up and the reality of the situation means that customers will be dissatisfied with the product (Anderson, 42). The main advantage of beauty influencers on YouTube reviewing these products is that the general public becomes more aware of their low quality.

Even if beauty influencers choose to ignore the ethical question of purchasing and broadcasting the products of these MLM companies to their viewers as legitimate, there may be financial incentive to stop doing so. The lack of credibility these brands have due to the nature of it’s “marketing” also decreases the credibility of the beauty influencer itself (Fred, 31). Therefore, those viewers who do know about the nature of the marketing practices of these companies may be turned off from listening to the advice of the beauty guru in question.

It is necessary to note that it is not possible to know if people are actually buying more of this product because its sales are not disclosed and too little time has passed to know if incoming revenue has risen. But, based on the clout YouTube beauty influencers have shown regarding sales for past featured products (“How Collaborating With A YouTube Creator Drove Brand Metrics And Sales For Homebase.” ) as well as the influx of positive comments under these videos, it is reasonable to say that their word is important for their viewers.

Educating their viewers on the nature of a company and their questionable practices before reviewing a product is already happening within the beauty community. Many beauty influencers will do research and share information on what companies and products are cruelty-free and/or vegan. This shows that they are already taking steps in educating their viewers on important issues within the beauty industry. This practice should extend beyond only ethical issues regarding the treatment of animals, but also the ethical issues regarding the manipulation and treatment of people.

“A New Marketing Royalty: Why Digital Influencers Are On The Rise”. Knowledge@Wharton.”Knowledge@Wharton, 2017, http://knowledge.wharton.upenn.edu/article/new-marketing-royalty-rise-digital-influencers/.

Edwards, Jim. “Yes, You Can Make Six Figures As A Youtube Star … And Still End Up Poor.” Business Insider, 2014, http://www.businessinsider.com/how-much-money-youtube-stars-actually-make-2014-2?international=true&r=US&IR=T.

“How Collaborating With A Youtube Creator Drove Brand Metrics And Sales For Homebase.” Think With Google, 2017, https://www.thinkwithgoogle.com/intl/en-gb/advertising-channels/video/how-collaborating-with-a-youtube-creator-drove-brand-metrics-and-sales-for-homebase/.

MacKinnon, K.A. (2012). User generated content vs. advertising: Do consumers trust the word of others over advertisers. The Elon Journal of Undergraduate Research in Communications, 3(1), 14-22.

Ward, Susan. “How Does Multilevel Marketing Work & Why Is It So Appealing?.” The Balance, 2016, https://www.thebalance.com/multilevel-marketing-mlm-2947187.