You Snooze, You Lose? Temporary Time-Out from Friends on Facebook 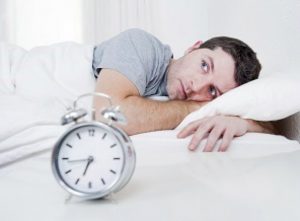 Brace yourselves! Facebook is testing out a ‘snooze’ button that reportedly mutes people on your feed for up to 30 days. With the help of the emerging feature, you could (and hopefully will very soon) walk away from seeing yet another picture from your friend’s latest holiday and avoid spoilers from that one person who cannot keep it together after watching the Game of Thrones season finale.

‘Who cares?’ you might say. ‘Snoozing’ function merely mirrors the already existent function of ‘Unfollow’ or ‘Unfriend’ and ‘Hide Post’ options that have been handy for quite some time now. However, the temporality is the exceptionally distinct and novel element behind the ‘snooze’ button. It is a quick and easy way to avoid commitment of permanently unfollowing someone, or even worse, cause an awkward run into a ‘friend’ you have recently deleted.

According to TechCrunch (2017), who reported the news just under two weeks ago, the feature enables the users of the platform to mute friend’s posts on their News Feed for 1, 7 or 30 days.  While so far only a small sample of Facebook’s users had a chance to test out the feature, many others are already rejoicing, and so should you. The ‘snooze’ button directly confronts the algorithmic bias of the News Feed, while adhering to the social etiquette and preventing permanent disconnection from your own friend network.

Essentially, the feature’s ability to temporarily cleanse your News Feed is a longed for contribution to user generated alternation of the not-so-perfect algorithm. Many studies have recognized that selective timeline promotes “homophily” (Quercia et al. 252). In other words, the algorithm tailors the input to suit and draw the users into the likable content displayed on the social media platform. However, the critics insist that “relatedness as operationalized by an algorithm is not necessarily the same as relatedness perceived by a human being” (Rader and Gray 174). Particularly, the algorithm is unable to predict temporary, contextual cues outside of the digital world, like a fight with your friend that may result in your need to get some virtual space away from them.

The vast amount of confusion stems from the multidimensional use of the ‘like’ button. While ‘likes’, along with other reactions recently made available, gather the number of attitudes, they fail to accurately predict the motivation that governs us as users behind the screen. In fact, studies conducted by Eslami et al. confirm that while the participants wanted “to send a signal to their friend via the ‘like’ feature, they did not want their News Feed to change” (2375).

For the interface, the ‘like’ is stripped of its contextual information and is captured to automatically adjust the algorithm behind the News Feed. Rader and Gray constitute the elevation of “bias” (174) from the faulty interaction between user and technology. Thus, the option of ‘snooze’ will serve as a remedy for the dense influx of irrelevant or undesired information which often leads to the dissatisfaction, annoyance and even frustration among the Facebook users. Unlike ‘Hide Post’ options, it does not necessarily entail a permanent commitment.

The option of ‘snooze’ also has a knock on effect on drastically improving Facebook’s interface overall. Establishing a closer interactional pattern “produces alignment between the conceptual model held by technology’s producer and its user” (Eslami et al. 2372), which in turn multiplies the success of the platform. Avoiding hourly updates during the peak times such as presidential elections, Champion League’s finals and Eurovision, even from our dearest friends, will only elevate our interest in the other information that will now be able to make its way to our feed.

Moreover, transformation of friendship into an algorithmic sequence becomes particularly difficult due to the multifaceted connotation behind the label of a ‘friend’. Users do not only befriend the people who are directly involved in their social circle; friend lists often combine an awkward mix of colleagues, family, friends, acquaintances and that random person you sat next to on the bus to work two years ago. The growth of the platform effectively gave way for “lumping all of one’s social connections, including remote acquaintances, into one uniform ‘friend’ category”(Vallor 188). 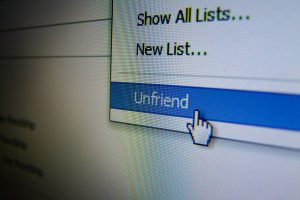 Although Facebook’s News Feed trains to pick up the cues that govern one’s interest in another, the miscalculation remains prominent among the users. The study carried out by Rader and Gray highlights that “pattern was described by some respondents as only seeing posts from close friends; in other respondents’ statements it was only posts from friends they are not close to, or even seemingly random friends” (179). Different social relation also provides necessary background for what content we may find interesting, and in other cases irrelevant. The lack of accuracy could be fixed with a ‘snooze’ to free the News Feed of our friend’s spontaneous rant on social media, or colleague’s unnecessary public displays of affection with their newly found soulmate.

‘Snoozing’ does not necessarily need to address or concern someone or something we do not like at all. The option provided by the feature works as a signal that while we care for the overall digital presence of someone, yet we are not currently interested in the content displayed. It gives us an option to regain interest in the issue later or take a little break from seeing posts from the same person on a daily base. Neither of the options currently available facilitate changing your mind, without permanent knock-on effects to the algorithmic function.

The permanency behind unfollowing and unfriending a person appear as an obstacle behind choosing either of the options to follow. The alternative of ‘Hide Post’ also directly engages in a long-term alternation to the Facebook feed. Lapides et al. recognize “fear of missing out” (170) as one of the central precautions to following any of the both options presented; “seeing updates other shared content from Friends is how users stay informed” (Reading and Gray 174). The research also points that “the action to unfollow or unsubscribe from a friend was rarely taken primarily because it was an all-or-nothing action” (Lapides et al. 170). If this argument is taken in consideration, ‘snooze’ button may effectively pre-test unfollowing. We are invited to play around with the feature to see if we what difference one person’s absence will make to our feed.

Rightfully so, Bode carefully approaches the simplistic solution “if another user is exposing you to information you do not care to see you can simply remove that user from your network” (2). The remedy only foresees the technical implication of the algorithm. It is governed by the idea that we are in control of who we have as friends and thus are adapting the input on our News Feed. Indeed, the idea of removing someone from your network instantly fixes the unnecessary content that appears on your feed, but at what cost? 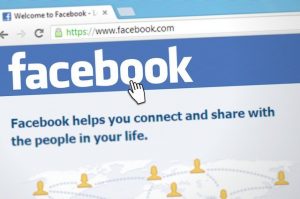 The option of ‘unfriending’ completely ignores the social aspect of the virtual friendship which in majority of the cases extends to real life. Unfollowing, and even more so unfriending, have become synonymous to offense in the terrains of the digitalised society. Bode’s research recognizes that “there may be an expectation of retaining someone in your network” (2). It could be based on the mutual friends, social circle, current job or even simple acceptance of the friend request in the first place. In any case, just like avoiding direct confrontation, users of Facebook often avoid any of the two options available currently to them.

The social fear of unfriending links to Brown and Levinson’s Politeness Theory (1978). The face is “something that is emotionally invested, and can be lost, maintained, or enhanced, and must be constantly attended to in interaction” (Goody, 66). In other words, we attempt to preserve a positive image to the people without offending their feelings or coming across as impolite. While, arguably, hiding content is not as strong as ‘unfriending’, it remains a permanent rejection of possibility to engage with one’s content on the news feed. Therefore, even so holds a negative connotation with an opportunity to threaten the face projection.

The research primarily focused on the linguistic theory where focus was placed on why and how we communicate the message. Alternatively, the principal idea of ‘saving face’ can extend itself to the digitalised communication we are now experiencing on the social media platforms. The idea of ‘saving face’ stems from the attempt to maintain the positive self-image in the instances of communication. ‘Unfriending’ or ‘unfollowing’ are perceived as a more radical stance and mirror the act of directly engaging in a conflict. We, as “political animals” (Vallor 188), attempt to avoid this clash at all cost, or in other words ‘save face’.

The ‘Snooze’ button invites us to bridge the gap between passive exposure the algorithmically generated content on the News Feed and the contextual information that may affect our temporary desire to avoid large volumes of identical information or a person who is producing it. It enables us to alter the feed, without causing permanent changes, unlike the proposed Unfollow and Unfriend options. Obviously, if the feature will be introduced, it will be interesting to see if post-snoozing the algorithm will be permanently altered to disfavour one person after the muted period is over. Hopefully we will be able to find out more with the next update of Facebook.