The ‘Uberization’ of Restaurants’ Food Supply Chains: Consumers Come to the ResQ and Civilians Don’t ‘Waste the Plate’!


Via apps like ResQ Club and Get Chefs users can save surplus servings from restaurants. Not only do both actors tackle the symptoms of food wastage, the users get to discover new restaurants while paying less and the restaurants make up for otherwise lost revenue. But does this actually change the users behavior or only constitutes false self-importance? 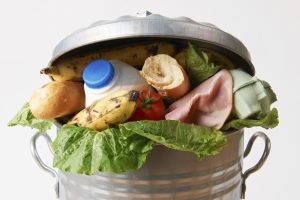 During my studies I’ve always worked as a waiter in different restaurants. The restaurant I’m currently working in is a very popular one with ribs (300 grams), steaks (200-1000 grams) and burgers (150-300 grams). The prices are cheap and the portions are generous. Because it’s so busy, food wastage normally doesn’t happen with the servings that don’t reach the table. Often people order with their eyes, instead of making a rational decision. After taking a few pictures to post on Instagram they start to dine, without finishing their plate. What surprises me most is the seemingly unwillingness to listen to my advice about the amount they order or to ask for a doggy-bag afterwards. In 9 out of 10 unfinished plates I have to bring up the possibility to take the food home. You can imagine how a lot of the food just ends up in the bin. Although numerous apps have been developed to educate and change our behavior concerning  recycling, food wastage and sustainability it doesn’t seem to reside in our Dutch nature. So what then can stimulate the ‘right’ behavior? What does it mean when we state something as ‘right’ behavior and how can we normalize this behavior? How come said apps seem to have a glamour of technological solutionism (Morozov 15-18), whereby social engineers are merely concerned with stating the problem and giving it’s solution instead of changing the behavioral activities constituting the problem? I propose these apps could and should facilitate the preferred activities by commemorating three aspects. These three aspects are a focus on the civilian instead of the consumer, the option to choose the ‘right’ behavior and a focus on ‘the self’ in the problem instead of the problem itself.

ResQ Club
This September an emerging phenomenon finally hit Amsterdam’s urban food supply chain. As of January 2016 Finnish Tuure Parkkinen, head of startup ResQ Club, decided to “utilize student skills – where he saw lots of untapped, wasted potential to save” (Fletcher n. pag). In Finland alone tens of millions of kilograms restaurant food is being wasted simply because not all prepared servings reach the table.  Which is not an exception compared to other cities around the globe. According to Tuure the right information doesn’t reach the demanding consumer at the right time. Meanwhile it’s rather difficult, especially for small restaurants, to serve food prepared with a broad range of fresh ingredients to satisfy potential customers’ needs. A lot ends up in the bin which means losses of revenue for the restaurants and high costs from waste handling services. Via ResQ consumers can rescue these servings from their favorite- or yet to be discovered favorite- restaurants, while paying less. In doing so consumers support the restaurants and can enjoy the tackling of food waste in a more sustainable thought.

How does it work?
Let’s first look at how ResQ Club exactly works. As stated above consumers can rescue surplus food servings in their neighborhood while discovering new restaurants and foods and paying less for it. In this way ResQ Club can be seen as an interactive persuasive technology “designed to change people’s attitudes and behaviors” (Fogg 1). Via ResQ Club consumers become part of a community and are being nudged – or mildly pushed in the right direction– to literary rescue the servings (Screenshot 1). ResQ Club even has their own credit system (Screenshot 2) with which consumers can save even more. The nudging is done in a not so subtle way and consumers only have one choice: ResQ the servings. Although Fogg would state that computers are more persuasive than humans (7) and ResQ Club increases the awareness, knowledge and location of food waste and of community sharing (Farr-Wharton et Al. 352-355) the main question remains in whether consumer actually change their behavior in a more sustainable thought. Will they stop ordering too much food and if not start asking for doggy bags the next time they will dine in a restaurant? Or will they keep on living their lives according to false believes that they already did ‘good’ wherein only the symptoms of the problem are solved and not so much their behavior? I’m guessing the latter since consumers rescue plates that, in their point of view, were meant to be for somebody else. 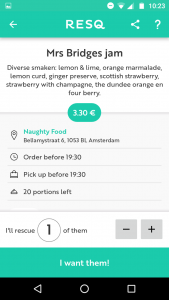 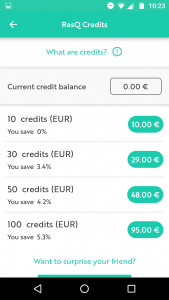 Screenshots 1 and 2: Rescue the servings via ResQ credits

Gamification and technological solutionism
Another aspect of these technological solutionist apps seems to be numberfication, like the credit system, and gamification. It’s believed that these techniques evoke greater motivation to transform via pleasurable experiences (Foth et al. 3). For instance take the BinCam system (Comber and Thieme 1197), an interactive bin system where a camera posts pictures of consumers’ behavioral recycling habits and shares them with others on Facebook. With an elaborate rating system consisting of gold bars and trees consumers can compare their habits with others. All in favor to try to raise awareness and create space for self-reflection and re-evaluation (Comber and Thieme 1198-2000). Although Foth et al. and Comber and Thieme both highlight the notion of ‘the self’ as transforming actor they seem to avoid the actual discussion. Something Morozov is all too familiar with describing technological solutionist apps, a term I’ve already mentioned a few times. Morozov criticizes these well-meant Silicon Valley-like projects for their methods. According to him they merely state the problem, invent an app to solve (everything!), and thereby only focus on shortsighted activities for which improvement is sought (16). The one thing they don’t seem to do is transform these consumers in civilians, or humans, ready to take on the real problem. Gamification can thereby be seen as a technique to ‘glamour’ people’s duties and obligations, nudging incentives to treat symptoms (Morozov 205-208). Therefore Morozov calls for a focus on civilians “investigating and scrutinizing” (233) their motivations for their actions.  Which leads to a discussion on who we are, what’s good or bad and how we can implement the preferred behavior?

Get Chefs
But is it then wrong to nudge civilians with preferred behavior? I don’t think so since we are human and act in conscious and unconscious ways. A little bit of help could be useful when it comes to problems concerning everybody. According to Thaler and Sunstein this can be seen as a libertarian paternalistic society where people should be free to choose what they want while choice makers can nudge people to organize their life choices towards a more sustainable, healthier and just ‘better’ society (5). An example of an app which I think does just this is: Get Chefs (Screenshot 3). It kind of works the same way as ResQ Club where users can save the plate. The main difference is that via Get Chefs users get to choose if they are saving a plate or order a normal priced dish delivered by TringTring.  Also, Get Chefs donates €0,10 to the local foodbank every time an user orders or takes out a meal. With this app we are one step further in the creation of civilians investigating and scrutinizing their motivations for their actions. Users have to, and please note I don’t say they will and the problem is solved, make a decision whether or not they will save a plate. This opens up whole new debates on who decides what is favorable and if these users are limited for instance. But then again, it does open up debates instead of merely eliminating symptoms. Moreover if said app would implement self-reflective functions which question the motivation of the choices of its users the debate will be kept alive. Nudging alternatives, awareness and education can do the trick. Maybe then they also wouldn’t order too much in restaurants or just throw surplus servings in the bin. It takes the notion of ‘the self’ to change ones behavior and solve the problem. Not just saving other peoples’ servings. 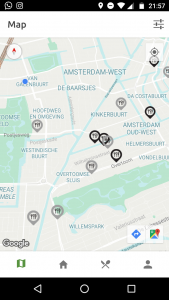 Screenshot 3: Save the plate! Or not.

To wrap things up
Even if Get Chefs seems to be a step in the right direction the question remains whether the behavior of its users will be transformed. Do they save somebody else’s serving out of sustainable rationalizing or do they use this false self-importance as excuse to keep acting the way they’re used to. I’m well aware these apps still only eliminate symptoms and more or less uberize the restaurants’ food supply chains, so time will have to tell if the solutions actually will be implemented in the behavior of the users. Still I would like to end the blogpost by saying: consumers come to the ResQ and civilians don’t ‘Waste the plate’!

Fogg, B. J. “Introduction: Persuasion in the Digital Age.” Persuasive Technology: Using Computers to Change What We Think and Do. San Francisco: Morgan Kaufmann Publishers, 2003. Xv-13.

Morozov, Evgeny. To Save Everything Click Here: The Folly of Technologic Solutionism. New York: PublicAffairs, 2013.