Mediating Veganism: A look at vegan self-presentation on Instagram

Veganism is an alternative food diet and lifestyle that aims to exclude, as far as possible any exploitation and cruelty to animals for food, clothing, or other by-products (The Vegan Society). A cursory search on Google Trends reveals that the search interest for the term “vegan” spiked in 2015, increasing 32% from the previous year, and further increasing by 90% in 2016. While the reasons for veganism’s growing popularity are still in debate, the editor of Vegan Life Magazine, Maria Chiorando, thinks that “social media is a huge driver of veganism, and this may tie into why it is more prevalent among younger people” (Meager).

Instagram, the online photo-sharing platform, boasts 800 million active monthly users as of September 2017, around 60% of whom could be termed as “younger people” (18-29). We thus seek to explore Instagram as a platform for the construction and representation of the “vegan” identity through visual analysis of the content shared by users. The chief area of research will be the self-presentation of  specific ‘influential’ vegans on Instagram.

Studies on self-presentation on social media are not uncommon, but remain particularly relevant, because technology continues to be increasingly socio-culturally pervasive. In an age where one’s social media followers are considered to be the “measure of one’s self worth” (Harris), it is enlightening to explore how users amass followers through the content they generate, and then leverage this “currency” to propagate their ideas, which in the case of our research is the vegan lifestyle. Through our research, we hope to supplement existing studies in the field of new media, especially those which look at the construction of identity on platforms such as Facebook or Twitter, and offer interesting avenues for cross-platform comparison.

We chose to use theories of self-presentation, surveillance, image framing and distribution while trying to understand the various facets of identity production on Instagram. When analyzing self-presentation, it is crucial to consider Goffman’s work from 1959. Although initially used for understanding face to face interactions, its application in the cyber-sphere elucidates online behaviour. Goffman theorized humans as social actors, who play various characters based on the context of their “performance”. The performance itself is usually an “information game” the actor plays with those that observe them, wherein they carefully convey messages through their behaviour (qtd. in Papacharissi 644). Goffman also suggests that performers seek validation through the response of their audience. This becomes a ‘feedback mechanism’ through which the social actor can further tailor their performance to serve the role they are playing (qtd. in Papacharissi 655).

Academic studies on image framing contribute significantly to the analysis of visual data. Entman states that “frames call attention to some aspects of reality while obscuring other elements, which might lead audiences to have different reactions” (qtd. in Rodriguez et al 50).  Images are also considered powerful framing tools because they “seem closer to reality”, and trigger emotional responses while simultaneously causing lesser cognitive load than textual frames. This leads to an easier acceptance of the frame due to the peripheral rather than the central processing mechanism of the brain being activated (Rodriguez et al 50).

By looking at food choices through a Foucauldian lens, the concept of “biopower” can be used to understand the knowledge production which paints certain foods as good or bad. Biopower, according to Foucault, is  “an explosion of numerous and diverse techniques for achieving the subjugations of bodies and the control of populations” (Foucault 140). In order to achieve this biopower, the circulation of “truth discourses”, and a range of experts who are authorized to speak on these matters is necessary (Goodman et al 163).  Besides the government, healthy living blogs, and even micro-celebrities (like people with popular Instagram accounts) can serve as authorities for the production of the truth discourse around food.

We explored the self-presentation of vegan users on Instagram by analyzing three different personal Instagram accounts (@rawvana, @domzthompson, and @earthyandy). We selected them because they serve as diverse selection of users who portray veganism as a crucial part of their identity, while simultaneously having a significant number of followers (over 100,000 each). We restricted our selection to three accounts in order to conduct a thorough analysis within the research’s allotted timeframe. 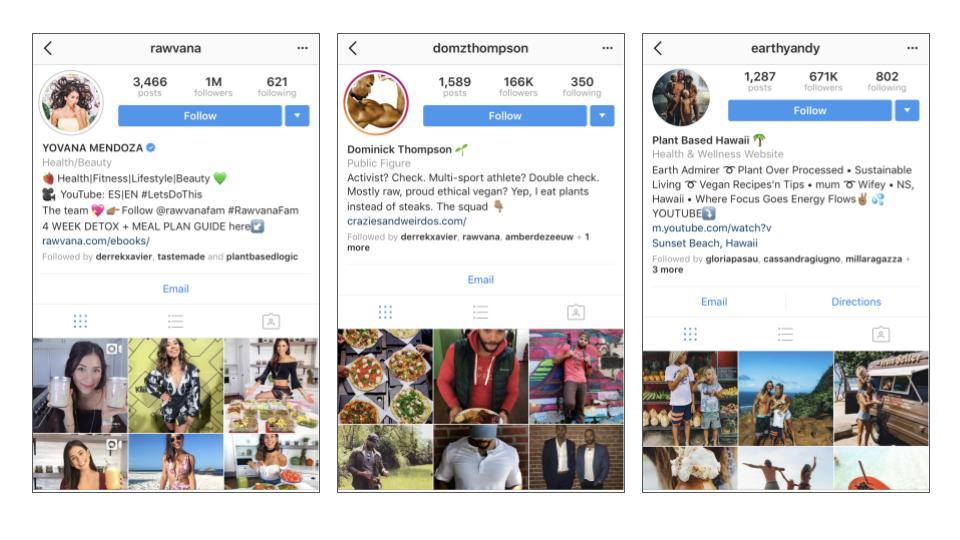 The account @rawvana is owned by the Yovana Mendoza and focuses on health, fitness, lifestyle and beauty. Dominick Thompson, an entrepreneur and activist controls @domzthompson, whereas @earthyandy is run by Andrea Hannemann and depicts the life of her family.

For us to gain insights in the way they represent themselves, a stable, changeless corpus of data was necessary. We based our research on the last 200 posts uploaded from these accounts which we collect on the 9th of October 2017, at 8 pm. We used a tool called Instagram-scraper to gather this data. The tool’s results were converted into Excel format to facilitate editing. 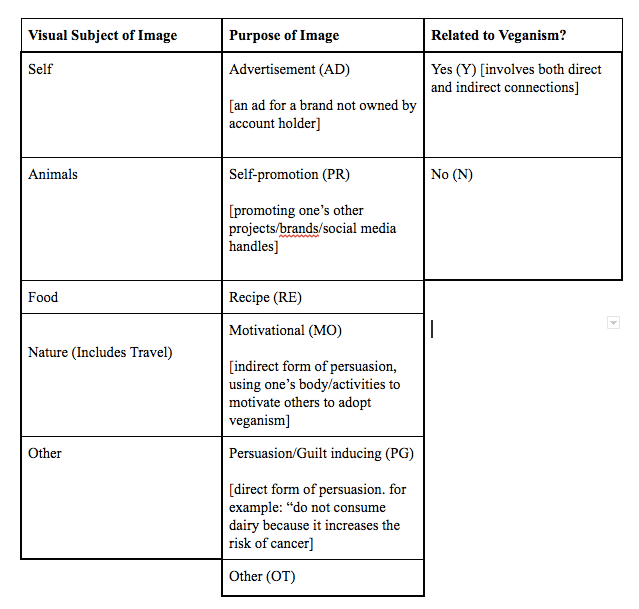 To visualize the data, we made use of Google Spreadsheet tools and Voyant Tools. Using these tools to visualize data helped us discover and comprehend patterns in the content uploaded by these accounts. A thorough guide to our data enrichment and visualisations can be found here. 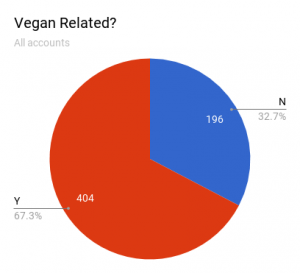 Figure 2 : Insight on all 600 posts gathered from @rawvana, @domzthompson, and @earthyandy. Vegan related (Y) or Not (N) 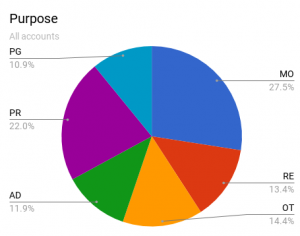 Figure 3: This data about the purposes of each post considers the posts which are related to veganism (404 posts), and excludes the ones that are categorized as vegan-unrelated. This applies to the rest of the graphs.

About two-thirds of the 600 examined posts are about veganism (see figure 2). Although the purposes of the posts seem to be quite diverse, motivational and self-promotional posts accounted for a sizeable amount of the sample (see figure 3). In terms of the visual subject of the image, ‘self’ and ‘food’ depicting posts account for 86.6% of all the relevant posts. 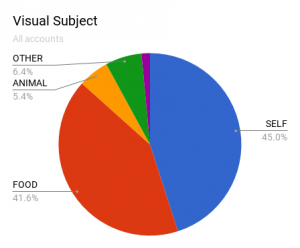 Figure 4: Visual subject of the images.

The visual subject of a majority (45%) of the posts we analyzed is the “self”, thus giving credence to Schwarz’ suggestion that the ubiquity of online image distribution platforms makes self-portraiture a common phenomenon in contemporary society. Since images no longer need to be physically stored in albums, a significant shift occurs from capturing others for self-consumption, to capturing the self for the consumption of others (165). 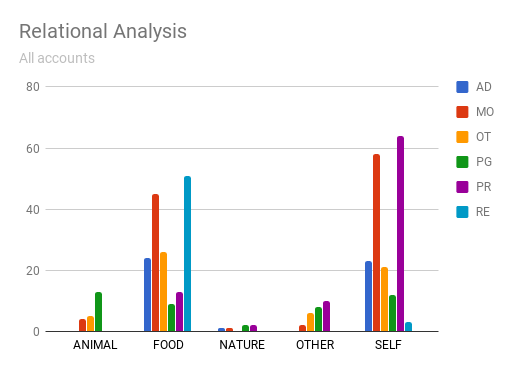 Figure 5: Relational analysis of visual subject to purpose of posts.

Interestingly, for the purpose of advertisement, ‘food’ and ‘self’ images are mainly employed. Since this graph only concerns the vegan related posts, the subject of advertisement are frequently vegan products and brands (for e.g vegan makeup, organic t-shirts). The purpose of animal depicting posts generally correlates with persuasion or compassion generation. For instance, happy/disturbing visuals of animals are used to urge followers to stand against animal cruelty. 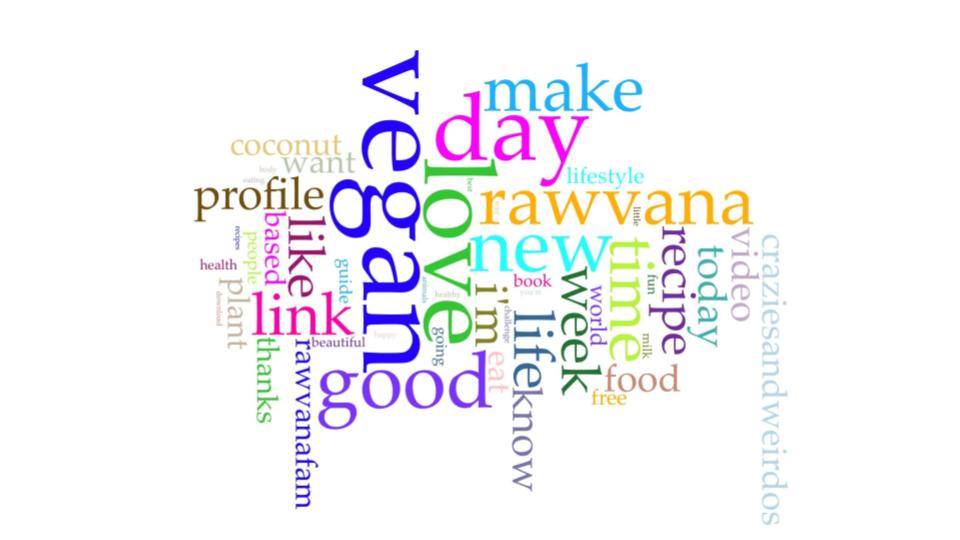 Figure 6:  a ‘word crowd’ of the descriptions from all the 600 posts gathered from @rawvana, @domzthompson, and @earthyandy.

The most distinctive words compared to the rest of the description data sets for:

In order to understand these accounts better, the distinctive words can be very useful to speculate its meaning. The words ‘transformation’, and ‘makeup’ @rawvanna’s context, seem to indicate a possible focus on physical appearance and beauty. @Rawvana appears to use veganism as a ‘tool’ to show ‘transformation’. In @domzthompson’s account, the words ‘training’ and ‘lb’ indicate gym and sport related activities, thus connecting physical strength to veganism (as demonstrated by our individual analysis). The most distinctive words for @earthyandy are very divergent and so slightly harder to interpret in relation to veganism. ‘Aloita_resort’ is a tropical vacation resort based in Hawaii, which could be mentioned as an advertisement, in a bid to attract other Instagram users. ‘Acai’ on the other hand is the name of a vegan superfood.

When all three accounts are combined, advertising serves as an integral motivator for posts. Brand promotion thus appears to serve as a convenient source of income for these accounts. We noticed that even though selfies or aesthetic images of people themselves do not always directly address veganism, our subjects post such images and talk about veganism in the captions. The use of captions and comments also further speaks to Goffman’s theory, wherein he suggests that performers seek validation through the response of their audience (qtd. in Papacharissi 655). This becomes a ‘feedback mechanism’ through which the social actor can further tailor his performance to serve the role they are playing. Some of Instagram’s affordances, such as the ability to like or comment on a post, are an evolution of the aforementioned feedback mechanism. Analysing user engagement with various posts can help account holders further enhance their social profile by constructively incorporating feedback.

A performance also has two key aspects, “appearance” and “manner”. Appearance is the signifier of the actor’s social status, whereas manner is the way in which the actor carries out their role (qtd. in Papacharissi 654-655). Our subjects’ choice of lifestyle inadvertently makes them hyper-selective and skeptical of the products they consume, potentially raising the cost of living. Thus, by documenting their daily activities and the food they eat, they also give us insight into their class status or ‘appearance’. As is evident with @rawvana and @eathyandy, their personal brands rely heavily on the propagation of wholesome and positive content.  Their ‘manner’ thus involves not straying from this pattern, arguably because it has a hand in their popularity on Instagram and is the type of content their followers look forward to.

Self-promotion appears to be an important consideration for our subjects while posting. This can be seen in both the graph (figure 3) and the description analysis because they all heavily use the names of their own brands and communities (e.g., rawvanafam, craziesandweirdos). We inferred that these accounts use self-promotion as a strategy to establish themselves as credible authority figures in the discourse of healthy living.

From going over all the 600 posts and the description analysis, we can see that each account focuses on veganism from different aspects: @rawvana seems to address veganism through the discourse of the transition of the body; @domzthompson focuses significantly on fitness and activism as a vegan; and @earthyandy tries to show us a happy vegan family. What is in common, however, is that all of them have posts about vegan food and recipes, which also ties into the proliferation of veganism in contemporary society. The online vegan community appears to post recipes regularly to help dispel myths regarding the lack of vegan alternatives to popular foods. Overall, it is apparent that for these accounts, veganism is not just about plant-based food. Rather, veganism is something that shapes their identity, and is expressed through fitness, beauty, and family as well.

Both data enrichment and description analysis show that veganism is a big part of our selected accounts’ identities. Even though the definition of veganism draws an attention to ‘no animal cruelty’, interestingly, these accounts post a negligible number of animal related images. Vegans express their vegan identities on Instagram through various kinds of pictures, mainly ‘self’ and ‘food’ images for the purposes of promoting their lifestyle and self promotion of their commodities.

Some improvements to be made:

We hope that this research inspires further questions. For instance, how can Instagram serve as an effective persuasive technology?

Goffman, Erving. The Presentation of Self in Everyday Life.

Laar, M. L. van ’t. The Self-Presentation of Vegans on Instagram: Using Visual Content to Brand Oneself Within the Vegan Online Community. 2017, http://dspace.library.uu.nl/handle/1874/353539.

Meager, Daisy. “This Is Why Millennials Are All Turning Vegan.” Munchies, 17 Oct. 2016, https://munchies.vice.com/en_uk/article/9a8gve/this-is-why-millennials-are-all-turning-vegan.

Papacharissi, Zizi. The Presentation of Self in Virtual Life: Characteristics of Personal Homepages. SAGE Publications.