Will Mind Control Devices Soon Make Us Loose Our Minds?

What is the first thing that visually comes to mind when you hear the words, “mind control?” Do you picture a scene from a sci-fi film based in the distant future, an episode from Black Mirror, or do you envision something more comical like a cartoon ‘dispatching’ squiggly telepathic waves out their head? Either way, I’m sure “mind control” isn’t something you think of as occurring right now, on university campuses and happening inside hospitals. Actually, electroencephalography (EEG) headwear devices are neither sci-fi nor cartoon. And they have little to do with “mind control” …yet. 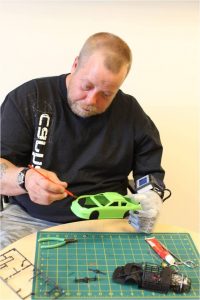 Big money and intensive research are pouring into companies like RIKEN and DARPA to create devices for individuals who have lost physical function but still have healthy operating minds. RIKEN’s thought-controlled wheelchairs and DARPAS’s ‘bionic limbs’ appear to be the beginning of an all-new era for physically impaired people. A thought-controlled sensor cap is placed on patients heads to capture brainwaves and turn them into directional commands to control their wheelchairs (Handwerk, 1993). The procedure for bionic limbs is slightly different because amputated limbs are rewired via a technique called targeted muscle re-innervation to enable more natural brain control of the prosthetic (Handwerk, 1993). Tech companies are treading a thin line between altruistically solving tough health problems and building products that are commercially viable. It is inevitable that the line from helping will quickly be crossed to amplifying.

Our digital technologies have become more than just an extension of our body. They have evolved from simply being tools we pick up, use, then put back down. Thought controlled EEGsare propelling technology to swiftly amalgamate with our biological composition. Like computers and other inventions of the past, EEG’s are “not mechanical at all” but a biological extension or replication of human bodies. Similar to the electric circuitry our brains produce, EEG’s electronic circuity is an “organic thing, an extension of our nervous system” (McLuhan, 1966). Whatever appendages our devices were intended to extend, whether it be the wheel to foot, book to eye, clothing to skin, electric circuitry to central nervous system (McLuhan, 1967), or EEG’s to the brain’s thought process, they replace all together. We are left, in a sense, paraplegic. “Just as the brain can build new or stronger circuits through physical or mental practice, those circuits can weaken or dissolve with neglect. If we stop exercising out mental skills, we do not just forget them: the brain map space for those skills is turned over to the skills we practice instead. The possibility of our intellectual decay is inherent in the malleability of our brains” (Carr, 2010). With EEG’s internally relaying our mind’s computingsignals, our brain’s circuitry will weaken to the point of obliteration. We will not only haveto use but will also welcomethe continuous usage of EEGs in order for our brains to process our thoughts. 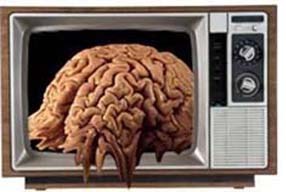 Affordances, algorithms, infrastructures and nudges have all profoundly influenced us neurologically and usually not for the best. While EEG powered limbs and wheelchairs are accomplishing incredible tasks for patients whose human limbs are too damaged to function, it’s absurd to think that ‘thought directed’ devices will incessantly be utilized differently, therefore responsibly, then current and previous inventions. Our infrastructures of oppression– from eugenics, oppressive racialand gender science, to competitive capitalism, and animal hierarchy– are all inventions that are invisibly hardwired deep in the algorithmic design of our devices (Noble, 2018). In previous time periods, we knew little about how the human brain actually worked. The scientific developments of the last few decades have cracked the code on how our brains function, how our attention and desires operate, and how to harness both. We are now hackable animals, constantly using the devices that are designed to hack our brains. Under the presumption that our devices serve the sole purpose to help us, and will always do exactly that, we are voluntarily signing up to have our minds hacked. Our ‘new’ neurological, technical tools will continue to produce neurological changes, inevitably causing irreversible deterioration of our brain’s structure.

Control is an illusion 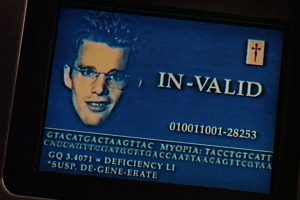 New advancements are being developed and perfected every day, from “bionic limbs” to neural implants to CRISPR. While the initial goals of DARPA and RIKEN appear to be modest, the line separating healing from upgrading will not remain detached because healing has always been the initial justification for every upgrade (Harari, 2013).We will not be able to restrict new tools being used solely for healing and completely forbid using them for upgrading humans. Once we begin the aiding process with EEGs or start amending deadly genes, by inserting foreign DNA or completely rewriting our genetic code, we will eagerly start curing society’s most despised and lethal genes: laziness, stupidity, ugliness, autism, or obesity (Harari, 2013). It is certain that the initial ambitions of DARPA, RIKEN, or CRISPR Therapeutics will stretch far beyond their original charitable pursuits. 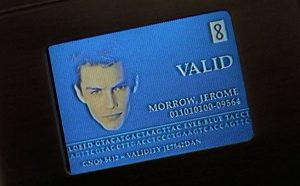 It is less likely that Homo sapiens will be exterminated by computers or automated intelligence and more likely that we will keep upgrading ourselves and biologically merging with our digital devices until we are no longer a resemblance of the human animal of the past and of today (Harari, 2013) As we develop new tools to ‘help us’, these same tools will likely end us. This is not watchful, tyrannical Big Brother of 1984, but instead the trappings of passivity, egoism, triviality, and deep seas of irrelevance of A Brave New World (Postman, 1985).