The new football season has recently started again. Millions of people will watch the matches of their favourite professional football clubs live on one of their digital devices. For the first time in history, it will also be possible to watch live amateur games of all levels in the Netherlands. This season, the KNVB (the Dutch football association), in cooperation with Talpa Network, is carrying out a trial with fifty selected amateur football clubs. At these chosen clubs, smart cameras are placed alongside the football fields. Thanks to artificial intelligence and a specially developed algorithm, the cameras know exactly where the ball is with the result that the football match is recorded fully automatically. By using the accompanying app VoetbalTV the match can be watched live. It is also possible to rewatch the match and to share the highlights of the game via social media (Van Dongen). VoetbalTV is emergent because it brings the amateur football experience a step closer to professional football. At what level you play and how much talent you have doesn’t matter anymore to be recorded. Thousands of amateur matches can be watched live thanks to the new app. A pioneering development in football and sports in general. 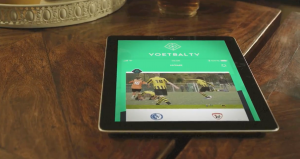 With the new app, the KNVB hopes to adopt to the modern times in which photo and video are becoming more and more important (Van Dongen). Think of Instagram, for example. The app that allows users to edit and share photos and videos reached 1 billion active users in the month June of the year 2018 (“Number of monthly”). This number of active users shows that sharing visual moments is incredibly popular nowadays and that photo and video have become an integral part of the online social experience (Duggan 2). The KNVB hopes to meet the new needs of its members by introducing VoetbalTV. Instead of describing the stunning goal that you scored during the weekend, you can now just show a video of it. 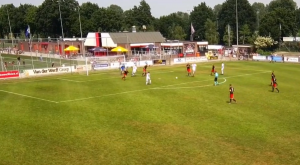 At first glance it looks like a great app, but people also worry about the its consequences. There are especially a lot of concerns about privacy. According to philosopher Feldman, privacy rights must be taken seriously because they offer individuals the opportunity to define and control the boundaries between different social spheres (41). During the day you can end up in different social spheres in which you may adjust your behaviour. For example, in the morning you behave nicely on the university, but in the afternoon you go totally crazy on the football field. Privacy ensures that these two versions of yourself remain separate if desired. Thanks to VoetbalTV, your teachers and fellow students can now see this different version of you. Professor Goold states that at the moment on which it is not clear who is watching you, your behaviour will be influenced and you will probably behave differently than before (24). For many people football is a way to blow off steam. It would be a negative development if football players feel like they cannot do that anymore because they are afraid of the people who may be watching.

However, the change of behaviour of the football players can also be a good development. In the Netherlands it is common that football players start to fight each other or insult and threaten the referee if they do not agree with a decision that had been made. By recording the players, the KNVB hopes that the violence on the football fields will decline (Van Dongen). You may say that the cameras alongside the fields will therefore also function as surveillance cameras. Since the 90s, the use of surveillance cameras has increased enormously (Norris, McCahill and Wood 112). It is claimed that nowadays an average person is filmed by more than 300 different cameras in any large city in the UK on a single day (Taylor 382). Just like mentioned before, the presence of these cameras can influence people. This is emphasized by sociologist Lasén and media scientist Gómez-Cruz. They argue that the use and presence of technical devices can change the perception of public spaces, the practices carried out in such places, and the interactions among strangers (208). The football field is not a public space, but it can be possible that the cameras of VoetbalTV will have the same impact. No one opposes the fact that violence on the field might decrease, but there is a risk that football players will enter the field with a certain amount of restraint and fear because they know that every tackle, mistake or burst of rage is recorded and can have potential consequences. 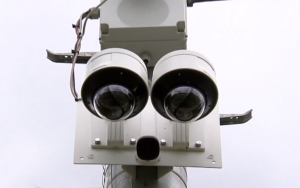 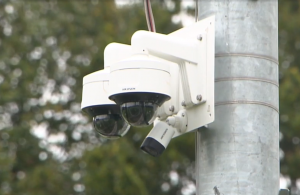 It is therefore logical that not every member of the KNVB is excited about VoetbalTV. Unfortunately, it is not possible to prevent the filming at this moment. The KNVB has arranged it so that if you are a member you automatically agree to the recording of the game. According to Roeland Stekelenburg, the director of VoetbalTV, it will become practically impossible to keep VoetbalTV in the air when members can decide individually whether they want to be filmed or not. But this is contradictory because on the basis of the privacy law someone must have enough freedom to disallow recording (Brandenburg). The privacy rights are thus being ignored by the KNVB.

A solution for this problem will have to be found before VoetbalTV can become a nationwide phenomenon. At this moment the KNVB offers the possibility to stop streams and determine what can be watched back on the app and what not. There are also warning signs alongside the football fields so that the players are aware of the cameras. Of course, this will not be enough for the players who don’t want to be filmed. It is therefore very interesting to see what the results will be of the trial, how the football players will deal with the presence of the cameras and what kind of solution the KNVB will come up with before they start violating the privacy law on a very large scale.