To what extent is digital media influencing human-to-human relationships?


Sex or companion dolls are becoming more and more part of society. What are the triggers for this trend? Do companion dolls offer their users positive imaginary tools that are being diminished by modern technology, such as social media?

Dating, or ‘getting out there’, is something many people dislike and find difficult. Nowadays a range of apps and websites exist in order to make this process as smooth as possible. One of the more popular apps, Tinder, was launched in 2012, and has had an impact on human-to-human relationships, both positive and negative (“How A Tinder Founder Came Up With Swiping And Changed Dating Forever,” 2017). Living in a digital era has pushed media and technology addiction and has had a negative influence on people’s interpersonal communication capabilities. 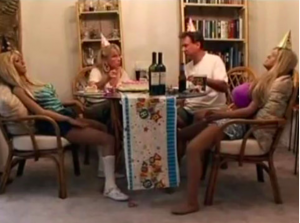 All the stimuli of the digital era have caused variation in chosen lifestyles, so much so that there is a minority group who prefer life-like, customisable dolls as (romantic) companions over real people. This concept of dolls being a companion is not entirely new. Valverde states that “According to rumour and urban myth, the doll was part of the Nazi’s “fieldhygienic project,” initiated to counterbalance the sexual drive of storm troopers” (12).

A common belief is reflected in Wardecker’s work “Effective communication is vital to the health and functioning of romantic relationships” (18). So how did we as social beings start to prefer a controllable form of relationships with sex dolls? In today’s society, apps give us a “seemingly endless variety of potential romantic and sexual partners through social networks”, supporting the idea that all these possibilities should make the process of finding a romantic partner easier (Wardecker, 18). Yet unforeseen problems between user and interfaces have occurred: mobile phone addiction, insecure feelings, and self branding – casting a shadow over the seemingly positive mission of dating platforms.

The role of new digital media is continuously expanding and is immersing into our lives. This is happening on a growing scale, and whether or not digital media is believed to offer benefits to us, is culturally influenced. For example The World Economic Forum investigated whether digital media usage was improving the quality of individual lives. The results showed that in Germany 30% agreed with the statement whilst 24% disagreed, whereas in China 66% agreed and only 7% disagreed with the research question (“How Does Digital Media Really Affect Us?”, 2018). Contrasting two very different cultures shows how digitalisation is welcomed and implemented into everyday lives. Next time you are one a train, ask yourself “would you start a conversation with someone who is on his or her phone?” Approaching someone who is ‘blocking’ him- or herself from their surroundings is hard as the barrier of individualism needs to be broken. 20 years ago most train riders would read the newspaper, relax, sleep, eat or do some type of work, making them more approachable. With the Internet, smartphones, and Wi-Fi readily available almost everywhere, people are ‘blocking’ themselves from their surroundings to continue with their technological experience. This type of ‘blocking’ oneself from surroundings and people is what I believe to be one of the triggers using an obedient form of technology to suffice romantic and psychological needs. Dolls will not let you down, talk back, disobey or leave you. Buying a doll ensures you have a security blanket of emotional safety, ensuring your heart won’t be broken.

Peters argues that we are not inventing new media forms, we are repurposing already existing infrastructures to create new affordances for us to operate within and use (7). According to Hobbs we all experience technology in different ways and we are all being influenced on an individual scale (Hobbs et al., 2016). Any form of technology which can be individualised to your needs is welcomed, it makes you feel special and at ease, the structure of the object, app, website or experience is tailored to your own unique needs.

Tinder enables the user to identify and select specific criteria and swipe left or right, allowing users to imagine possible scenarios – even if only for a split second with a person one is being matched with. If I show a high interest in a match, my imagination takes over and I wonder how our first date might go.

The power of imagination allows a purchaser of dolls to consider the doll as a synthetic person due to its life-like features. “It seemed perfectly normal for me to treat something that resembles an organic woman the same way I’d treat an actual organic woman” (Beck, 2013). If you are presented with a life-like object, it might be safe to assume that your existing schemas push you to accept a new form a reality, abandoning your prejudices on the topic of dolls as life partners.

It’s not true, until it’s on the Internet 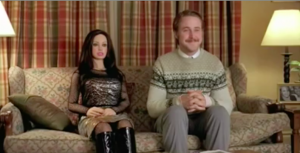 Wikipedia and Google validate all queries and searches for us. The issue of emotional attachment to a doll became a topic of discussion when Ryan Gosling starred in the movieLars and the Real Girl, where Lars orders a customised life-size doll to be his girlfriend as he is socially awkward and, thus, has troubles finding a partner. After introducing his ‘girlfriend’ (the doll Bianca, a missionary) to his family members, they start to get worried and take Lars to therapy. One highly interesting part of the movie is when the therapist states that Bianca is there for a reason, and Lars will need her to be in his life, until his need is no longer there (Lars And The Real Girl).

Something has triggered a need within women and men to order dolls to be their partners. If this urge continues to grow, so will the demand for dolls. ‘Blocking’ oneself from the current reality encourages one to look for alternative methods to suffice one’s needs. The extent of digital media’s effect on human-to-human relationships is too vast to be summarised; we live in an over-stimulating environment where the sky is the limit. Due to the use of technology, psychological and communicative issues occur in some people. By shielding oneself from side effects of media and continuing to cultivate imaginary and communicative skills, the use of sex dolls can nurture abilities that excessive media use might diminish.