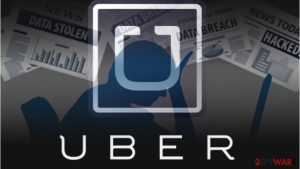 Technology has enhanced information sharing among travelers through a number of dedicated applications. Drivers share information about traveling, traffic, and travel routes through the car sharing application. Car owners are required to submit personal data and information to become members and acquire login details for the particular application. The sharing of information makes the lives of the users much easier and transactions become more convenient. However, there are flaws within the car-sharing applications that put personal data and information ofthe user in jeopardy (Bécsi, Aradi, and Gáspár 21). The programming flaws are likely to be utilized by attackers through hacking or by the use of reverse engineering. A study carried out by the Kaspersky Lab found thirteen car-sharing applications that had security flaws (Chebyshev). Kaspersky Lab tested the applications and found out that it was possible for attackers to steal user login details, lock out the authorized user, and continue operating using stolen (Chebyshev). The report stated that malicious users are already making fortunes using the stolen accounts. Also, the study found out that it was possible for an attacker to use the stolen accounts to direct unsuspecting members to a site where they force them to provide credit cards, Personal Identification Numbers (PINs), and Passwords to their bank accounts.

As stated before, the vulnerable car-sharing applications give attackers the opportunity to use reverse engineering attackers to access the system servers. There are various malicious actions an attacker can take after gaining access to the servers or the users’ personal information. The most important aspect is to ensurethe security features of the application are up-to-date (Coppola and Marisio 46). So, users of the car-sharing applications are encouraged to add more security features to their mobile phones to thwart attempts from attackers.