Are we being mollycoddled by our phones; or are usage accountability measures a necessary intervention?


In June 2018, Apple announced that functions on their latest iOS update were intended  ‘to help customers understand and take control of the time they spend interacting with their iOS devices’(Apple, 2018). In the same month, Google announced its own software update included features that were also ‘intended to make it easier for users to disengage from their phones’(Kaser, 2018).

The apple update, iOS 12, introduces new features such as Do Not Disturb during bedtime mode. This is intended to help people get a better night’s sleep by hiding notifications from the lock screen until the user requests them in the morning. There is also refreshed notification settings to mute some or all alerts coming into the device. I believe the most notable new addition is Screen Time. Screen time offers Apple users daily and weekly breakdowns of their device usage, such as: the number of times users pick up their phone; time spent on applications; and the number of notifications received so that users can review their habits (Apple, 2018).

With similar intentions, Google’s latest update, Android Pie, features ‘Shush’ mode, which automatically puts your phone into Do Not Disturb mode when the screen is facing down on a flat surface. It is ‘Wind Down’ mode that is the most radical change which encourages users to set a ‘bedtime’ for themselves and then when that time arrives their device display will transition to greyscale. This is intended to discourage users from using their phone as they get closer to going to sleep by showing them a less stimulating screen (Kaser, 2018). 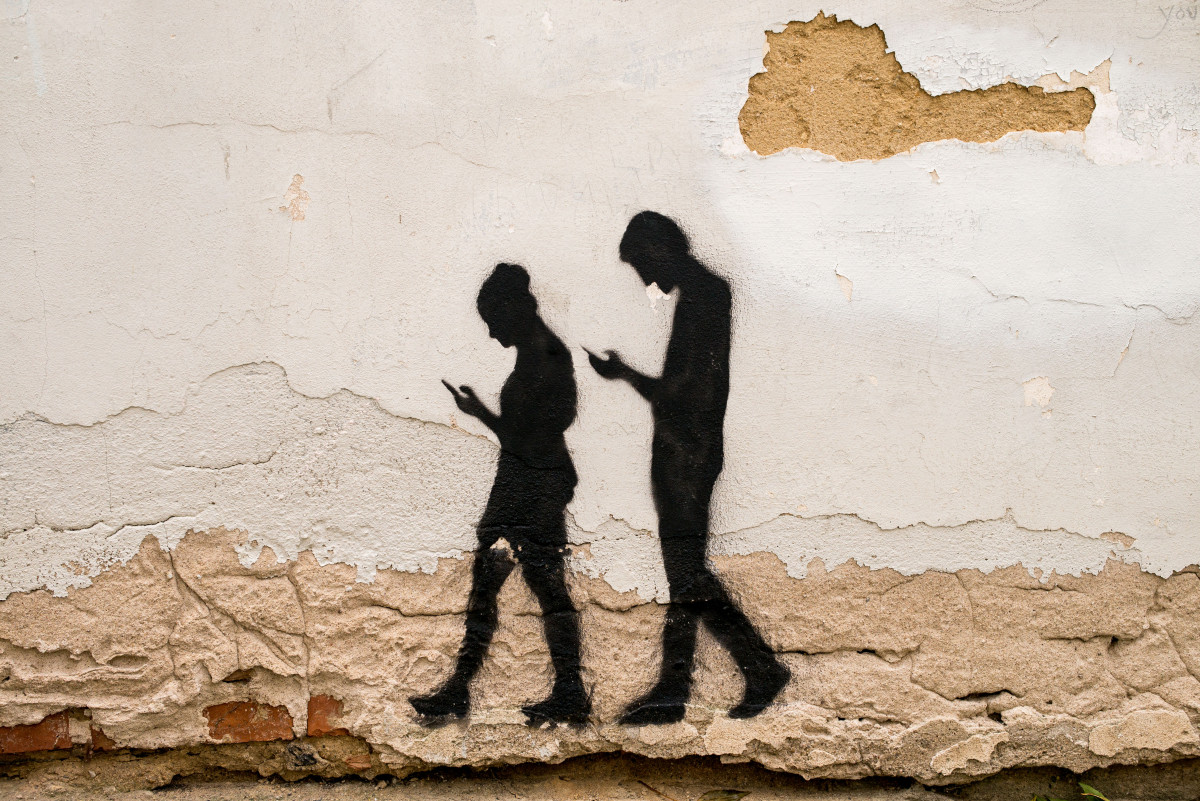 Why introduce software that discourages people from using their tech?

It appears counterproductive to sell someone a device and then encourage them not to use it. However, the damaging effect on our health that these devices are having is becoming increasingly difficult to ignore (Hern, 2018). Yet we still seem to require intervention from the companies themselves to stop us from using the phones. Why are we struggling to put them down? The BMC Public Health Journal outlines that the

Central factors appearing to explain high quantitative use were personal dependency and demands for achievement and availability originating from domains of work, study, the social network, and the individual’s own aspirations. These factors were also perceived as direct sources of stress and mental health symptoms. Consequences of high quantitative mobile phone exposure included mental overload, disturbed sleep, the feeling of never being free, role conflicts, and feelings of guilt due to inability to return all calls and messages (Thomée, 2011).

Our perceived obligation to these devices causes us to damage our mental health and then keep returning to avoid further damage. A vicious cycle. Even in sleep we can’t be parted from our beloved devices with three-quarters of 25-29 year-olds sleeping with their phones (Gibbs, 2012). Young people are particularly vulnerable to the intensity of the online world. “Facebook Depression” is the term used to describe an the condition of adolescent whom spends a large amount of time on Facebook or other social media platforms and develops the typical symptoms of depression (O’keefe and Clarke-Pearson, 2017).

It is also worth considering Andy Clarke and David Chalmers “Extended Mind Theory”, the notion that our minds are not limited to that which is contained inside our brain but extends into physical objects (Clarke and Chalmers, 1998). Our database of friends and acquaintances is in our phones, more knowledge is in our phones than is in our minds, we can communicate in most languages known to man, so long as we have our phones, thus “If we remove the external component the behavioral competence will drop, just as it would if we removed part of its brain” (Clarke and Chalmers, 1998). Though provocative to suggest that our mobile devices are a part of who we are, it is difficult to argue otherwise as we invest so much our lives into them. Clearly we struggle with our dependence on these devices, but should it be the technology companies that hold us accountable or ourselves?  Some might argue that “self-conscious efforts, by institutions in the private sector […] to steer people’s choices in directions that will improve their lives’ is not only a helpful interference but a responsible one (Thaler and Sunstein, 2008). But providing us with technological hints to and recommendations to restrict our usage falls short of what is required. Screen Time and Wind Down don’t stop us from using technology, they just provide mirrors to show us the ugliness of our behaviour. Apple and Google won’t ever stop users from using, it would be a foolish business decision. But attempting to remedy significant issues in this manner is short-sighted solutionism and “only perfunctorily interested in the activity for which improvement is sought” (Morozov, 2013). It is also arguably just a piecemeal attempt at a solution to a problem that isn’t a problem to companies like Apple and Google. The device dependency that is rampant throughout society is perfect for business, customers are now consumers and the appetite is strong.

IOS 12 and Android Pie are not genuine attempts to tackle the crippling effect smart phone dependence is having on many users.  These are quick-fixes that don’t make it easier to ‘take control’ (Apple, 2018) of our time or ‘disengage from our phones’ (Kaser, 2018), they are not tackling the issue at its core. Apple and Google are focusing on how the issue has manifested, the need for a mobile phone as a crutch. They are not addressing the issues that create the dependence, therefore their measures are insufficient, insincere, in keeping with maintaining a healthy business.

Kaser, Rachel, “Android launches Shush and Wind Down, to keep your phone off when it needs to be off”, The Next Web, https://thenextweb.com/google/2018/05/08/android-shush-wind-down/

Morozov, Evgeny, “To Save Everything, Click Here: The Folly of Technological Solutionism”, Public Affairs, 2013