Power to the People (or not?): Twitter allows its users to hide responses 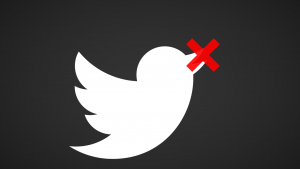 In 1996 John P. Barlow wrote his piece ‘A Declaration of the Independence of Cyberspace’. In this text Barlow refers to cyberspace as a whole new world without government regulations nor limitations. Barlow addresses a world in which anyone is allowed to express their believes without fear of being silenced. A utopian idea towards free speech social media platform Twitter with its open nature tries to live up to (Perez 2019).

Today the internet has become a place where individuals can share their believes, their thoughts and information. This has led to numerous of possibilities of self-expression or to connect or participate in politics or societies. Although these new ways of communicating bring about plenty of positives outcomes, the freedom of expression online also led to negative results, such as racist propaganda. Unfortunately, due to its open character, social media platform Twitter also became a victim to these inappropriate expressions (Enarsson & Lindgren 3).

Although this arrangement between Twitter and the European Commission operates on a more larger scale, Twitter already tried to give its users a more pleasant experience for themselves by providing them the option to block, mute or report certain messages or users (Perez 2019). However, these options to block, mute or report differ to the newest option of “Hide Reply”, which Twitter is adding to that list (Schiffer 2019).

While blocking and muting only had impact on users their own experience on the platform, the new feature also hides responses for others, unless they decide to open the hidden replies by clicking the grey button which appears. Moreover, whereas users commonly only have control over their own content or the way they conceive the platform, this new feature currently available in Canada, the United States and Japan, also gives its users the power disrupt commenters’ conversations by controlling the visibility of their reply (Perez 2019).

New features within platforms are nothing new, platforms update and change their features constantly. For example, back in 2015 Twitter made a massive turn by changing the symbol of one of the platform’s most important features, the ‘favorite’ button, from a star to a heart (Bucher & Helmond 2). The design of a social network platform regulates behavior of its users and determines their behavior and the rules (quietly) carried out by a platform (Mejias 611).

Therefore the act of clicking a button on a platform or adding a feature to a platform determines possibilities within the platform and the way the actions provided by these options can be interpreted (Bucher & Helmond 2). Also the way in which platforms introduce these features, also known as affordances, form how individuals interact to these environments (Boyd 1).

Thus it can be questioned whether or not Twitter is testing this new feature to improve users’ experience by using the platform by giving them the power to hide comments which they find distracting, offensive or irrelevant (Haq & Forks), or if it is a way for the platform to deploy its users to clear its reputation, since the platform has been under some pressure. For instance, according to a 2018 research by Amnesty International and Element AI, the platform can be considered a “toxic place” especially for female politicians and journalists (Wong 2019).

When looking at Twitter’s newest affordance from Barlow’s perspective, it can be questioned to what extent this feature goes against the idea of the internet as a place without fear of being silenced. However, Twitter claims it does not try to cut off any of its users by giving others the control to hide their replies (Schiffer 2019). Twitter claims it just wants its users to have better conversations and for them to get messages back to the true intention which they have been posted with by providing the possibility to hide offensive, distracting or irrelevant responses (Twitter Inc 2019). The platform, which seems to walk a fine line between civil discussions and free speech, argues that they still want anyone to be able to engage and reply to hidden responses by clicking the grey button which appears (Schiffer 2019). In this way the platform aims to retain it openness and transparency, which are some of the essential characteristics that make Twitter so powerful (Haq & Forks 2019).

When it comes to Twitter’s backlashes concerning negative responses and content on the platform and the way affordances steer its users to particular behavior, it can be questioned whether the platform introduces this new feature to truly give power to its people or whether it is just a devious way to “win back its reputation as a platform for healthy conversations” and activism as seen during #MeToo, the Arab Spring and the #BlackLivesMatter movement (Schiffer 2019).

References
Barlow, John P. “A Declaration of the Independence of Cyberspace.” (1996)

Twitter Inc. “More control over your conversations: now available in Japan and the US!” 19 September 2019. Accessed 20 September 2019. <https://blog.twitter.com/en_us/topics/product/2019/controlexpansion.html>

Wong, Queenie. “Twitter will let users in the US and Japan hide replies to their tweets.” CNet. 19 September 2019. Accessed 20 September 2019. <https://www.cnet.com/news/twitter-will-let-users-in-the-us-and-japan-hide-replies-to-their-tweets/>