How I Learned to Stop Worrying and Love the Mysterious LED

Wandering around some Mac-aficionado forums in search of good repairing tips for my powerbook maybe-a-bit-old’n’dusty-thus-winding-way-too-slow-and-definitely-too-noisy internal fan, I found this amazing asynchronous, multi-user dispersed chat:

user B: I would say that the “Breathing light” is a very cool feature on the Apple. Why do you want to stop your computer from breathing? I recomend learning to love the breathing light. I know I sure do. It really is a cool feature.

user C: When I left my ibook on charge in my bedroom that light really pissed me off to so i did open it up and dissonnect the blighter i pluged it back in because now it really annoys me that it’s not there as other people think my ibook is broken

user D: LOL, I have an iBook, and the light actually helps me get to sleep! I time my breathing to the light, and think happy thoughts, and pretty soon, I’m fast asleep.

user E: Really – in all seriousness – a color-matched piece of electrical tape will do the trick. It can be cut extremely small, will stick forever, and can be removed with no permanent residue.

For those who are not familiar with the latest Mac laptop models, what these users are discussing is the “Breathing Status LED Indicator” (patented by Apple in July 2002), an in-and-out fading light that indicates when the computer is in sleep mode. Alternatively addressed as snoring microlamp, it’s one of those typical small details that characterize the Cupertino design, expecially in the post-iMac era: a mix between cool minimalistic aesthetics (with esoteric aftertaste), brand invasiveness and subtly imposed techpresence. Automatically activated when the laptop is temporary closed (but not switched off), it follows the average adult breathing rhythm [about 12-20 breaths per minute], giving the weird impression that the machine has a flashing electric life of its own. Technically speaking, that’s no reason for that; as for the bright logo on the back of the screen (shining when the laptop is open, also in daylight), it’s probably just a reminder – for others, or for the personal user himself. “I’m here”, “Don’t leave me alone”, “I’m an Apple machine”, “I’m alive although you obscured me” could all be plausible verbal translations of the crying LED: after the successfull centralization of previously displaced different activities in one single portable device (listen to music/radio, watching movies, read books, browse photos, etc.), its ego is obviously overflowing. 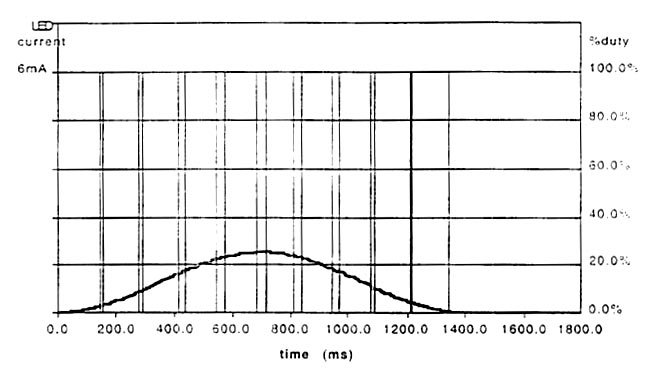 Disciples are confused: somebody is getting addicted to the visual mantra (user D), some other is ready to defend the laptop’s autonomy (user B), somebody sneaks out of the unspoken acceptance – only to be fatally overwhelmed by the community’s disapproval (user C), someone else simply decides to obscure the problem (user E). Outside of the cult: “I hate the Mac pulsating sleep light”, the classical aggressive anti-something Facebook group, is already there; for lovers of hermetically dark rooms during nightime, here’s instead a curious application to turn the computer insomniac via software. As an overview – and surprisingly enough – customers are discussing a topic that is relatively absent or unnoticed in the mainstream conversation about Apple machines, as well as in Job’s related official websites. While each one is finding his own way to cope with the pulse, very few (try to) address it philosophically; however, the light is not a clear negligible compulsive-geek featurette, but a pretty evident shape/ontological-statement. So, given the paradoxical situation of something that is so clearly visible (sometimes even annoying!) but almost unconsciously removed, I’d like to close with some urticant yet banal questions: why, in the end, are these laptops breathing? and if there’s a reason (also a non-reason), why the designers in charge don’t directly declare it? is the breathing LED some sort of embedded-mini-lighthouse, blinking in silence to remotely orient our offline brain-surfing? and if we’re doomed to cohabit with it, wouldn’t it be nice to be at least able to customize its color, intensity and pulse frequency?